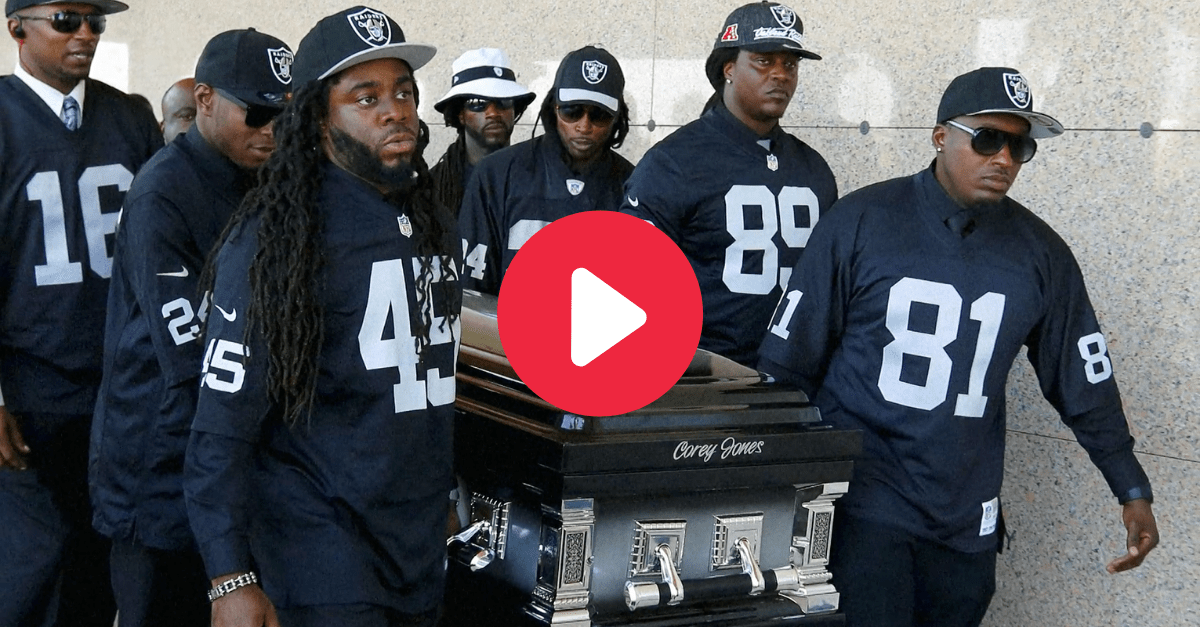 Roger Goodell will never admit it, but former San Francisco 49ers quarterback Colin Kaepernick taking a knee during his infamous national anthem protests was good for business. The National Football League took a massive hit in the short term, drawing protests and boycotts from every corner of the country, before rebounding and being stronger than ever. Kaepernick is now out of the league, and the NFL is capitalizing on the conversations he started surrounding police brutality and racial injustices seen across the United States.

First aired during Sunday night’s NFC and AFC Championship games, the NFL’s new “Inspire Change” advertisement stars former NFL player Anquan Boldin, who tells the story of his cousin, Corey Jones. Back in 2015, Florida police officer Nouman Raja shot and killed Jones. It was later revealed that the officer was wearing plain clothes and didn’t identify himself as a cop. Raja claimed the fatal shooting was self defense, but an audio recording of the encounter ultimately swayed jurors to find him guilty on two charges, according to the South Florida Sun Sentinel.

This is one of dozens of instances of police shootings that have killed black men in the United States. It’s created conversations on the inherent biases against black culture at large, even if many white Americans refuse to acknowledge these biases exist.

Announced last year in January 2019, the NFL’s Inspire Change platform focuses on three “priority areas” that will be jointly worked on by the Players Coalition, NFL teams and league offices.

NFL teams are hard at work showcasing the initiative using the hashtag #InspireChange on social media.

The @steelers donated to a group of United Way agencies through the team’s Social Justice Grant program. The donations will be distributed to the Jewish Community Center, Action Housing-My Place & Northside Coalition for Fair Housing. #InspireChange

"It's about closing the educational and economical gap."@thejaylonsmith has hopes far beyond football. He's given time and a pledge of up to $2.5 million to support inspiring minority entrepreneurs. #InspireChange @dallascowboys pic.twitter.com/xiAsbRh93Y

What better way to spend #MLKDay, than to #InspireChange and serve our community? @Browns Alumni & staff joined forces with @CityYearCLE for a local school beautification project! #give10 pic.twitter.com/pSkaU2PiL0

Despite the ongoing work, however, many people are calling the NFL hypocrites for “blacklisting” Colin Kaepernick and launching a campaign highlighting the very principles he was calling out.

They won’t please everyone, but kudos to the NFL at least helping to inspire change in communities across the country.

The absolute hypocrisy of the @nfl knows no bounds… They want to #InspireChange by ignoring and blacklisting the person that created the entire fucking conversation. Unreal… https://t.co/snpg7MtrpH pic.twitter.com/W4zP2DZ0Sh