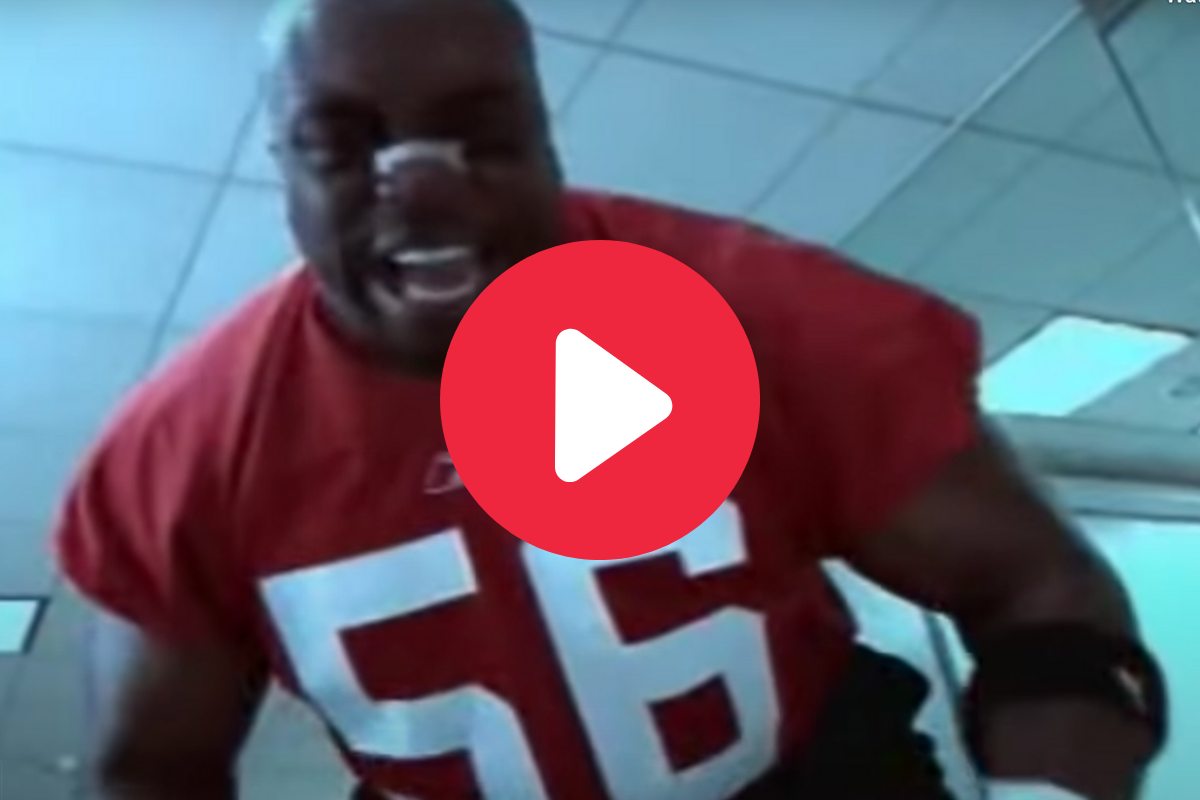 Maybe the best off-field parts of football are the commercials, and the greatest Super Bowl ad ever was definitely Reebok’s Terry Tate: Office Linebacker.

As an enforcing linebacker in an office setting, “Terrible” Terry Tate held his coworkers accountable for breaking rules and other office no-no’s, such as not making a new pot of coffee, during a series of Reebok commercials.

Watching this Super Bowl commercial will never get old.

RELATED: Joe Namath?s Controversial Pantyhose Commercial Was Ahead of Its Time

First airing during the NFL‘s Super Bowl XXXVII in 2003, Terry Tate was played by actor Lester Speight. Tate was tasked with keeping the employees at Felcher & Sons in line and following all of the office rules, which led to a rise in productivity.

Tate was a linebacker sent from Reebok, and though that is mentioned and the Reebok logo is shown multiple times, most people do not remember what the ad was actually for other than just a funny advertisement for office linebackers.

Tate would “bring the pain train” when the workers in the office were late to return from lunch, farted in the elevator, didn’t put a cover sheet on a TPS report, or took personal phone calls among many other reasons.

What makes these videos amazing are the monstrous hits. Tate just absolutely destroys these much smaller people and it is entertaining because Speight is a giant guy who is built like a real football player.

An episode of the Office Linebacker that puts Tate in a tie instead of a jersey is the sensitivity training episode. Felcher & Sons brings in Geneva Stoller after Tate “assaults” a coworker for farting in the elevator. After production plummets from the stress of Stroller, Tate eventually hits the woman from HR for sexually harassing another employee, turning the office back into the successful place of business it had been.

This one is great because we see the effect Tate has on the office for real. Without Tate keeping everyone in line, production plummets and everyone becomes stressed and miserable. That as a whole is funny because you would never think a giant man spearing you would help keep your place of work happier and more productive. But keeping people in line would definitely help.

The Office Linebacker appeared in quite a few episodes of his short film series, but he was also used in videos for politics.

During the 2008 United State Presidential Election, he reappeared and gave the message to go out and vote while also spearing Sarah Palin during her interview with Katie Couric.

He then hit another Republican Presidential candidate in 2016 during a Funny or Die skit. It was based off the video that had surfaced during the campaign of Donald Trump talking to Billy Bush and making lewd remarks about how he treats woman.

When Trump is off the bus, Tate hits the body double and says “That’s how Terry Tate makes America great, baby.”

In these two videos, he isn’t much of an office linebacker, but is standing up for what he thinks is right in general instead of just at Felcher & Sons.

This post was originally published on October 7, 2019 but was brought back before Super Bowl LV.