In 2015, Denver Broncos linebacker Von Miller said the team fines players for farting in meetings and the star believed he had been fined the most for it. Because of that, we here at FanBuzz decided to look at some of the most ridiculous fines NFL players have received over the years.

Here is a look at 10 of the craziest fines handed out in NFL history, presented in no particular order: 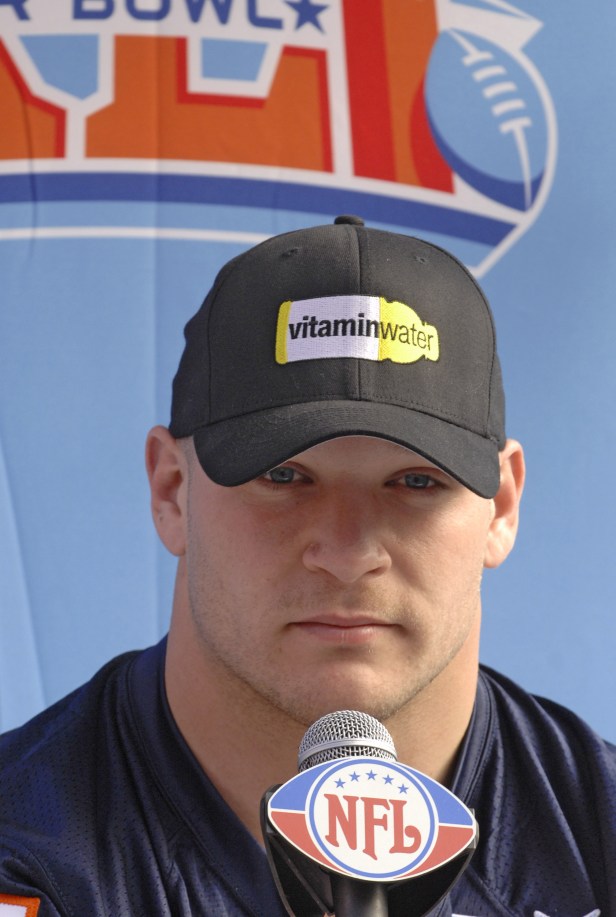 Urlacher decided to wear a Vitamin Water hat at Super Bowl XLI Media Day. The NFL didn't care that Urlacher was sponsored by the sports drink company because Vitamin Water isn't a sponsor for the league. Because of his hat choice, Urlacher was fined $100,000. One-hundred grand for wearing a hat. 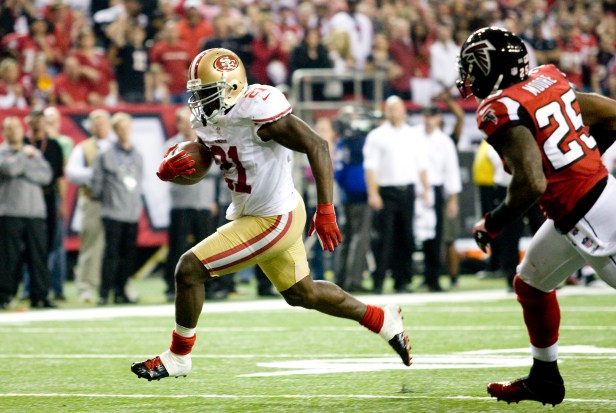 During the 2012 season, the 49ers running back was fined twice for a total of over $15,000. Why? He wore his socks too low during games. I'm serious. I really hope he was wearing diamond-crusted socks for him to shell out $15,000 FOR SOCKS. 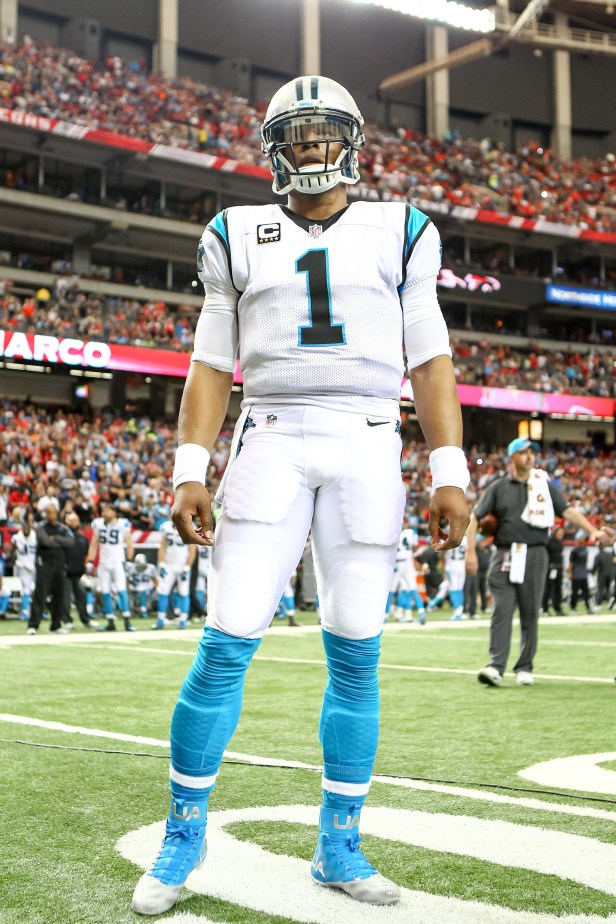 Cam Newton is sponsored by Under Armour. The company gave him a large endorsement deal upon entering the league, but there's a problem when it comes to wearing UA's gear on the field. Under Armour is not a sponsor for the NFL. Therefore, Newton cannot wear their gear while playing. Newton committed a uniform faux pas when he wore Under Armour facemask clips. Those tiny plastic things cost Newton $10,000. 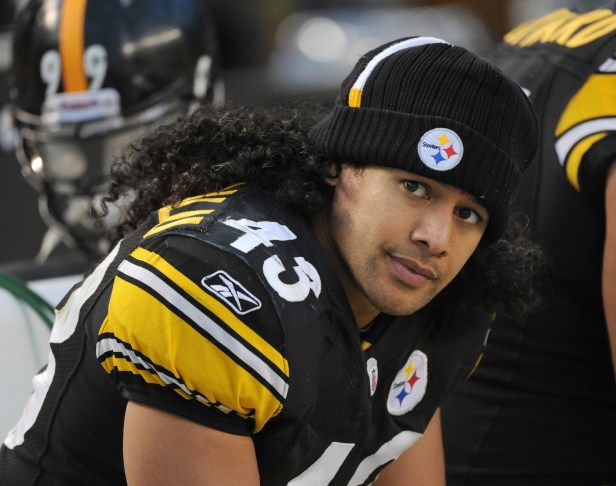 This is probably the most pathetic fine in this list. In 2011, Troy Polamalu suffered a mild concussion in a game against the Jacksonville Jaguars. Because of the concussion, Polamalu was pulled from the game. On the sidelines, the safety used a doctor's cell phone to call his wife to let her know that he was OK. Using a phone on the sidelines is against NFL rules; he was fined $10,000 for it. The NFL cares so much for player safety.

Brandon Marshall suffers from bipolar disorder, so he wanted to use the NFL as a platform to bring attention to National Mental Health Awareness Week during a game in October. He decided to wear green cleats, which is a uniform violation. Going into the game, Marshall knew he would get fined, but he wore them anyway. He was fined $10,500. But his fine sparked conversation and gave publicity to a great cause. I'd say the fine was well worth it. 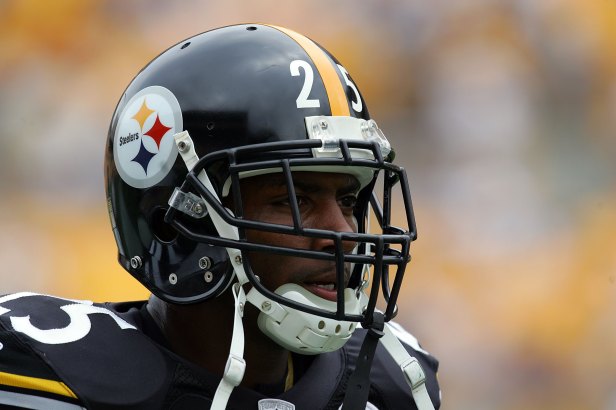 Former Washington Redskins safety Sean Taylor was tragically murdered in his home. To honor his life, Steelers safety Ryan Clark decided to write '21' -- Taylor's number -- on his eye black. He was fined $5,000. A man was murdered and his friend wanted to honor him while he played the sport they both loved. That doesn't matter to the NFL. 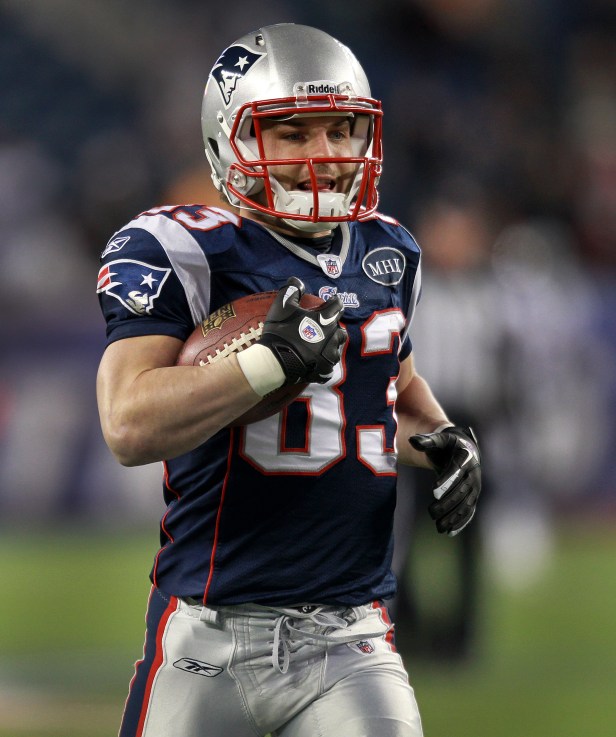 All throughout the 2011 season, Wes Welker wore a hat promoting Bonk Breaker energy bars. In Week 17, the NFL finally decided to fine the Patriots receiver $10,000. Good thing he didn't wear it during any Super Bowl Media Day like Urlacher above. 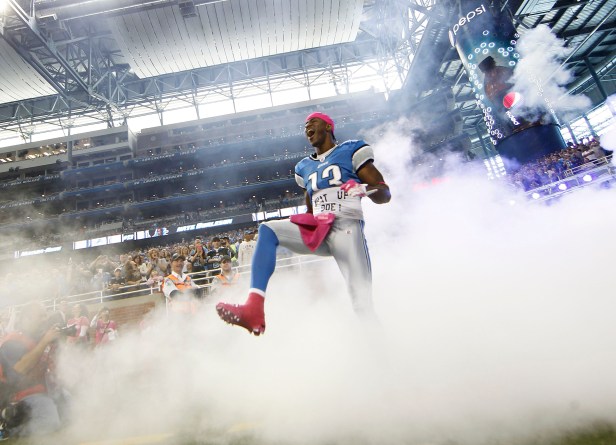 During pregame introductions in 2010, Lions wide receiver Nate Burleson lifted up his jersey which showed an undershirt that contained the phrase "What Up Doe." He later caught a touchdown pass in the game and punted the ball into the stands. Those two heinous actions led Burleson to receive a $15,000 fine. 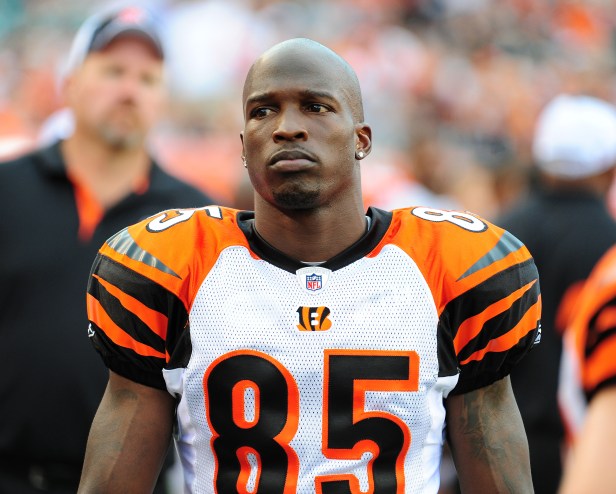 Ochocinco, familiar with loads of fines throughout his career, was hit with this silly fine in the preseason. Players are not allowed to post any messages 90 minutes before kickoff and until all postgame media obligations are fulfilled. He posted a tweet before the game and during the game. Because of that, in addition to possessing a phone during a game, Ochocinco was fined an absurd $25,000. Personally, I think athletes should be able to tweet during games. I think it would add a really cool element to all sports. 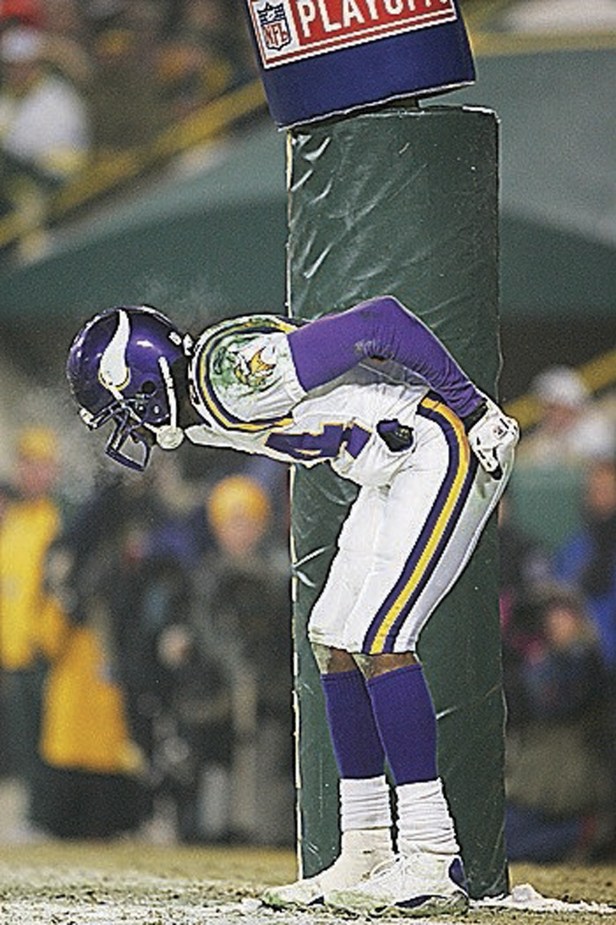 Who could forget Moss' touchdown celebration at Lambeau Field where he pretended to moon the crowd? That will probably go down as one of the most memorable celebrations in the game's history. Because of the fake mooning, Moss was fined $10,000.

MORE: These 9 Insane NBA Fines Would Take a Lifetime to Pay Off