Joe Theismann: Dwayne Haskins Playing Right Away is a ‘Formula for Disaster’ 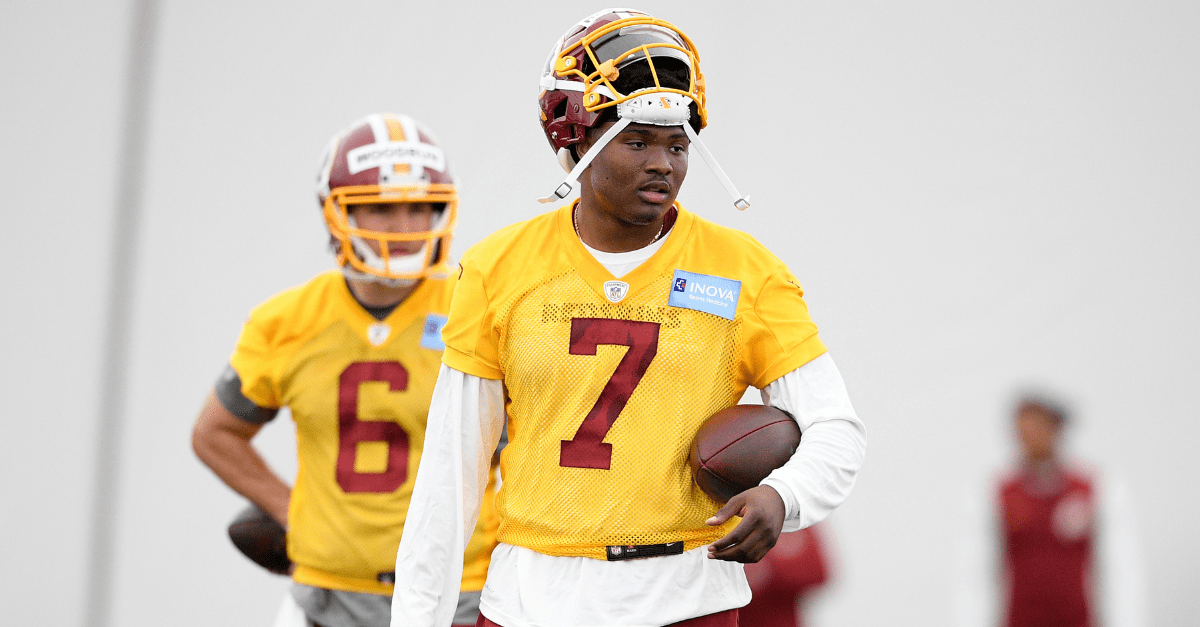 In the eyes of the Washington Redskins, rookie quarterback Dwayne Haskins is the future cornerstone piece of the franchise. The way he balled out for the Ohio State Buckeyes last season proved he belongs in the league, and the fact he slipped to No. 15 overall in the 2019 NFL Draft might mean he is a major steal. However, not everyone thinks he should start right away.

Time and time again, teams wait to throw their rookie signal callers to the fire of NFL defenses. The Kansas City Chiefs did it with MVP Patrick Mahomes. The Cleveland Browns even waited to play Baker Mayfield. Both of them have worked out so far. Now, one Redskins legend is asking for his former team to do the same.

Former Washington quarterback Joe Theismann already gave his blessing for Haskins to wear No. 7, but he?s not ready to see the 22-year-old first round draft pick on the gridiron just yet. In fact, he told 106.7 The Fan that starting Haskins for Week 1 would be a ?formula for disaster.?

By no means is Theismann questioning the talent or ability of Haskins. This is simply a plea to make sure the young star would be protected because the first few games are vicious.

To start the 2019 season, the Redskins play at the Philadelphia Eagles, versus the Dallas Cowboys and Chicago Bears, travel to face the New York Giants, and return to host the New England Patriots at FedExField in Landover, Maryland.

Those are some damn good football teams for a first-year quarterback to face right off the bat, and that?s the message Theismann to Nick Ashooh and Thom Loverro of the radio station.

?The young man?s played 13 football games (at Ohio State). What in that whole entire description makes any sense or convinces you that he should play? To put him out there early against those teams, it?s just a formula for disaster for the team, for Jay [Gruden], for the fans, everybody else. I think the young man is our future and let?s protect the future instead of throwing it out there right now and saying, ?OK, go get ?em.??

Despite losing Alex Smith to a gruesome injury, much like Theismann?s, the Washington Redskins have an experienced quarterback in Case Keenum to play right away. Add in backup Colt McCoy and there are plenty of options before truly needing Haskins right now. It?s not like this team is Super Bowl ready anyway.

It?s hard to guess what the Redskins and head coach Jay Gruden will do the rest of the offseason and after training camp, but if it were to up Joe Theismann, keeping Dwayne Haskins healthy while he learns the league is the best scenario right now.