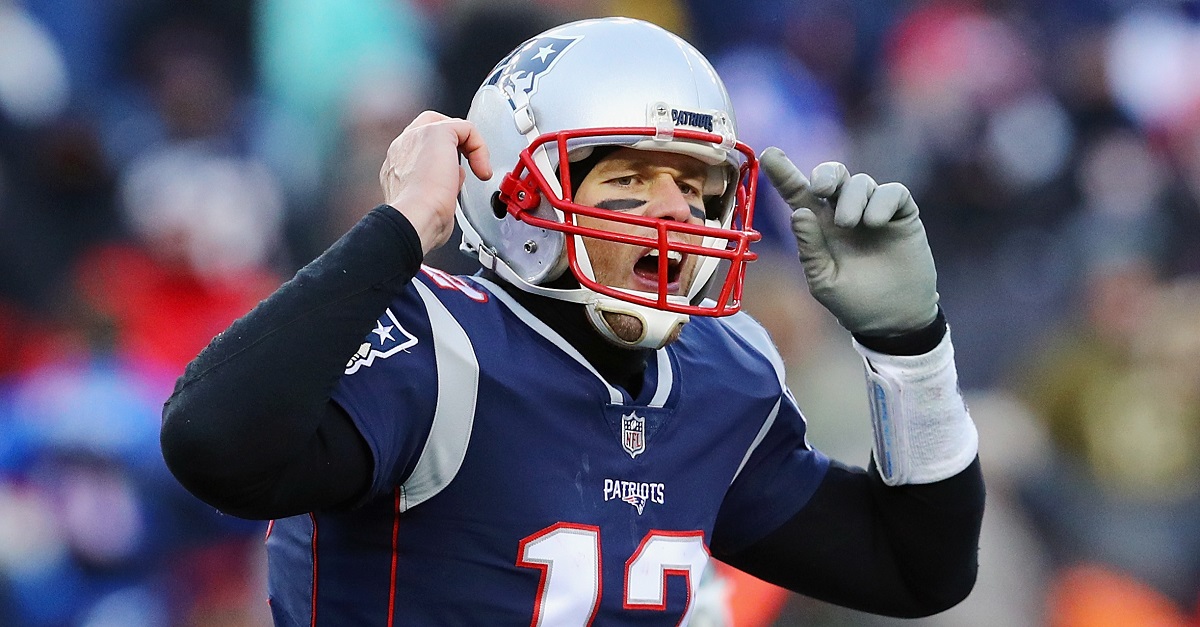 There has been a rift reportedly growing within the Patriots organization and it’s gotten to the point where owner Bob Kraft had to speak out about it and the team had to release a statement on it as well. It’s led to reports of head coach Bill Belichick leaving for the open New York Giants job. Now, the one person everyone’s been waiting on a comment from has spoken in quarterback Tom Brady.

He made his comments during halftime of the AFC Wild Card game featuring the Titans and Chiefs while on Westwood One Radio. He told host Jim Gray that he feels all of his relationships within the Patriots organization are positive and to think “differently of that is complete nonsense.”

“Along with winning and great success comes a lot of things. I think for a long time we’ve done a great job of winning games and it forces people to be creative with what they talk about and the things that they write and the things that they may speculate on because diagnosing football plays doesn’t get the attention that some of these other things might.

“So speculating on relationships or what my feelings are towards my team or my organization or players or coaches … I can only speak for myself and really my relationships with everybody that I deal with I feel are so positive. To think anything differently of that is complete nonsense.”

The original report by ESPN claims that the relationship between Brady and his trainer in Alex Guerrero as well as the Jimmy Garoppolo trade where Brady reportedly went over Belichick’s head to make it happen. It remains to be seen if this will adversely affect the team in their game next week against the lower seed who wins in the AFC Wild card games this weekend.

However, if there’s a master of focus and making sure the team isn’t thinking about something like this, it’s surely Bill Belichick.