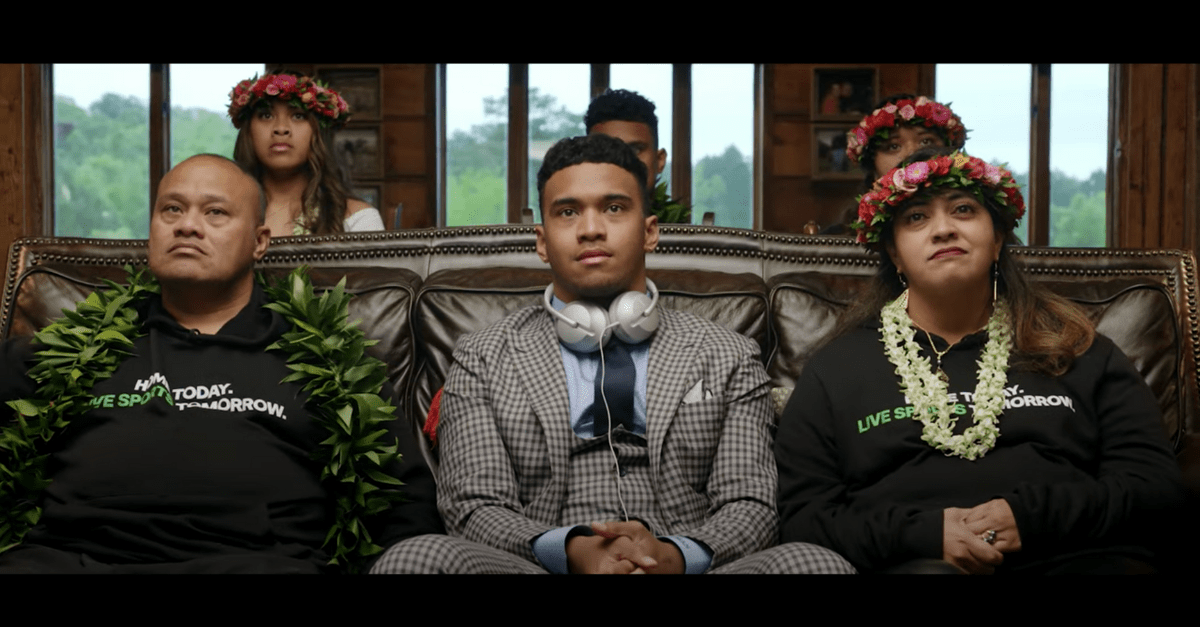 Tua Tagovailoa is a star. There?s no better way to put it. What he did with the Alabama Crimson Tide was legendary and what he?s about to do in the NFL with the Miami Dolphins will turn even more heads. His amazing story is about to come to life like never before.

Ever since his iconic 2nd-and-26 touchdown pass in the 2018 College Football Playoff National Championship Game on ESPN, everything in Tagovailoa?s life was well-documented. We know about his Samoan roots. We know his parents showed him tough love growing up. We know he has a younger brother ready to dominate college football like he did.

That?s just scratching the surface because ?TUA? ? a part of Fox Sports films? MAGNIFY series ? is about to take that to a new level on September 6, 2020.

Directed by Mitchell Hooper of Malka Media, the new film will focus on former University of Alabama quarterback Tua Tagovailoa?s football career and life, especially from the past year. From his childhood growing up in Ewa Beach, Hawaii, to his stardom in Tuscaloosa and injury, to the 2020 NFL Draft and comeback, this is a must-watch for all fans of the new Miami Dolphins quarterback.

?I?m excited about this film for a variety of reasons, but mainly because it represents the deep love and appreciation that I have for my culture, my faith and, more importantly, my family,? Tagovailoa told Variety. ?I am extremely proud of this project and the efforts it took to get here. I look forward to sharing it with everyone.?

Additionally, an eight-episode digital series called ?Tua Talks? will launch on the Fox Sports app in the coming weeks, according to Variety.

?Tua is a beloved young star with an incredible story,? said Charlie Dixon, Executive Vice President of Content at Fox Sports. ?We like to say, ?Fox is Football?, and since it?s in our DNA, that means providing the deepest insight into the sport both on and off the field. The film?s level of access and pure emotion provides a new level of appreciation for his journey.?

While the coronavirus pandemic and COVID-19 outbreak has postponed some of the upcoming college football season, including in the Big Ten and Pac-12, the NFL season is still on as teams get training camp underway.

A lot of attention will go to superstar football players like Tom Brady and his move to from the New England Patriots to the Tampa Bay Buccaneers, but there will be plenty of eyes on this year?s rookie class as well, especially Tagovailoa.

Is the hype real for the former SEC superstar? We are all about to find out, and social media will definitely be buzzing until we see what the past year of Tagovailoa?s life was truly like.