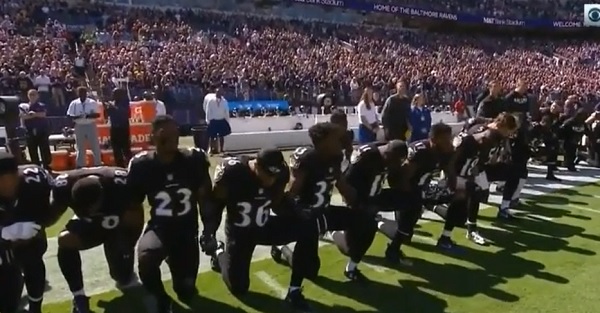 It doesn’t appear that Baltimore season ticket holders were thrilled that their team participated in league-wide protests during the national anthem last week.

Prior to Baltimore’s game on Sunday, the team was going to take a knee prior to the anthem as a show of unity. However, fans were nonplussed by the gesture following last week’s protest, and loudly booed their own team.

Ravens players kneel before the national anthem to pray for unity and equality, and fans boo the crap out of them

Many fans have been clear in showing their own frustrations at the protests, with some going clearly over the line. Considering that all players did actually stand for the anthem, the fans might have reacted too soon to what the players were doing.

Regardless, it doesn’t appear that anyone is happy with how all of this is being handled right now.