Imagine being a Hall of Fame quarterback two times over.

As an African-American quarterback, there was skepticism back in the day about Moon. He was undeterred, though, and became the double Hall of Famer he is today.

What else is going on in Warren Moon's life? Where has his journey taken him? 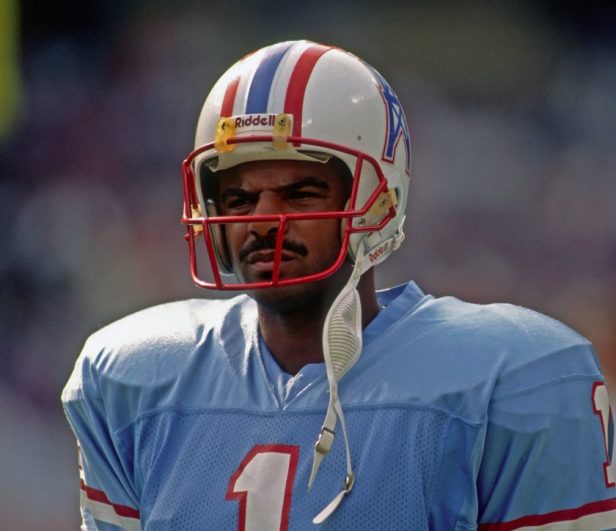 RELATED: What Happened to Vinny Testaverde and Where is He Now?

Warren Moon was born in Los Angeles, California and played his high school ball at Alexander Hamilton High School. Despite what the future had in store for him, Moon began his college career at a two-year school called West Los Angeles College and became a record-breaking signal caller.

He was also an African-American man trying to play quarterback in the 1970s when that was not common. Four-year schools didn't want to give him a chance, but then University of Washington's new head coach Don James -- who would go on to lead the Huskies to a college title -- decided to give Moon a shot.

He started three seasons for the Huskies. As a senior, he was the Pac-8's Co-Player of the Year and led the team to a win in the Rose Bowl over the Michigan Wolverines. Moon was the game's MVP.

Despite this, Moon anticipated being a late-round pick in the NFL Draft, at best, and might have even gone undrafted. Instead of waiting it out, Moon signed with the franchise now known as the Edmonton Football Team in the Canadian Football League.

At first, Moon shared quarterback duties with Tom Wilkinson, but he eventually became Edmonton's leader under center. He played with Edmonton from 1978 through 1983.

From 1978 through 1982, Edmonton won the Grey Cup -- the CFL's equivalent to the Super Bowl, every season. That's five-straight CFL titles!

Strangely, the season where Moon led the CFL in passing touchdowns and passing yards while winning the CFL Most Outstanding Player of the Year award, Edmonton did not win the Grey Cup. That would be Moon's last year in the CFL. The National Football League was interested in him as a quarterback. 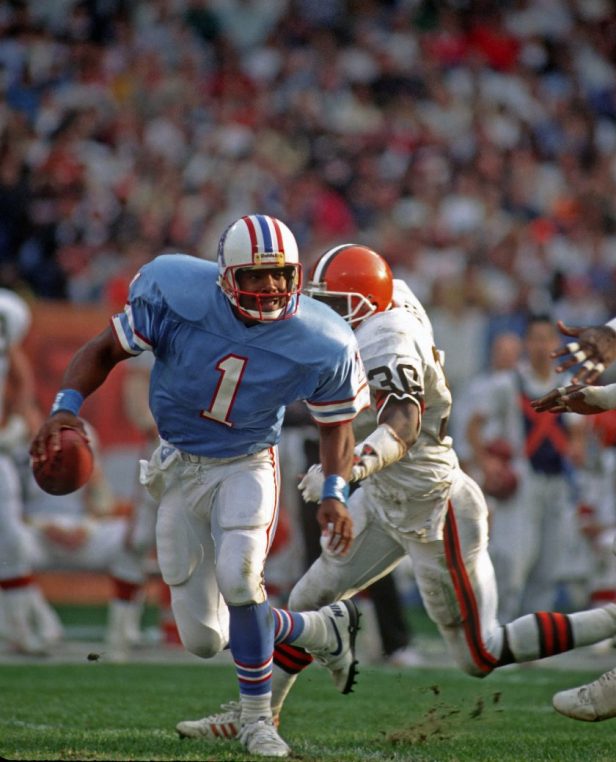 The Houston Oilers won out in the scrum to sign Moon, and it did admittedly take him a little while to get into the swing of things in the NFL. He threw more interceptions in each of his first three seasons than touchdowns, including leading the league in picks with 26 in 1986.

Then, in 1987, he finally threw for more scores than picks, and Moon was on his way. He made the first of seven-straight Pro Bowls in 1988.

In 1990, Moon had the best campaign of his NFL career, leading the NFL with 4,689 passing yards and 33 passing touchdowns. While this only got him on the second All-Pro team, he was named the Offensive Player of the Year, and the NEA named him the MVP.

In 1992, Moon was on the losing end of one of the all-time playoffs moments. The Oilers blew a 32-point lead to Frank Reich and the Buffalo Bills in the biggest comeback in NFL history. Moon threw for 371 yards and four touchdowns in vain.

In honor of his birthday, here is a throwback to when @WMoon1 set the AFC record for passing yards in a single game (527).

Before the 1994 season, Moon was traded to the Minnesota Vikings. His first two seasons with the Vikings were Pro Bowl seasons, but then Brad Johnson took over the starting job after Moon hurt his collarbone, and he refused to serve as Johnson's backup.

Moon was released, but despite being 41, he signed as a free agent with the Seattle Seahawks.

His first year with the Seahawks was a Pro Bowl campaign, his ninth, and then Moon would finish his career with the Kansas City Chiefs. He only saw a little action over two seasons, but he did get one last start in 2000 as a 44-year-old quarterback. 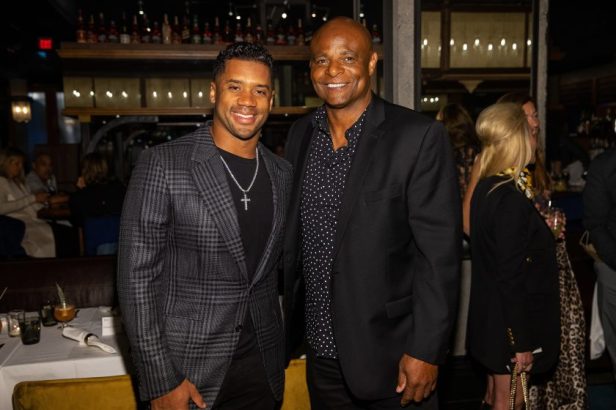 Photo by Mat Hayward/Getty Images for Ten To One

Warren Moon's No. 1 jersey has been retired by the Tennessee Titans, the current moniker of the Houston Oilers. He still owns many franchise records for the Titans.

After retiring, Moon was a TV and radio broadcaster for the Seahawks until 2017. At that time, he was suspended indefinitely after being sued for sexual harassment by an employee of his Orange County-based company, Sports 1 Marketing.

The accuser, Wendy Haskell, alleged Moon forced her to sleep in bed with him on business trips. Warren denied the claims.

It was not the first time Moon had been accused of harassment. In 1995, a Minnesota Vikings cheerleader accused him of offering her sex for cash. Moon settled both cases out of court.

In 2020, Moon wrote an "as told to" piece for The Undefeated, a subsidiary of ESPN. He discussed the fallout of the COVID-19 pandemic and how it was affecting him as a 63-year-old man. Moon currently resides in Redmond, Washington. 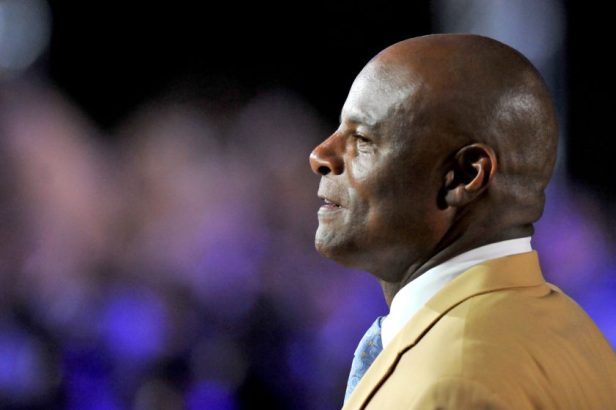 Just look at Justin Fields or all the people who wanted Lamar Jackson to become a wide receiver.

While allegations of inappropriate conduct have tainted Warren Moon's legacy, his accomplishments on the field were impressive.

MORE: What Happened to Jerome Bettis and Where is "The Bus" Now?