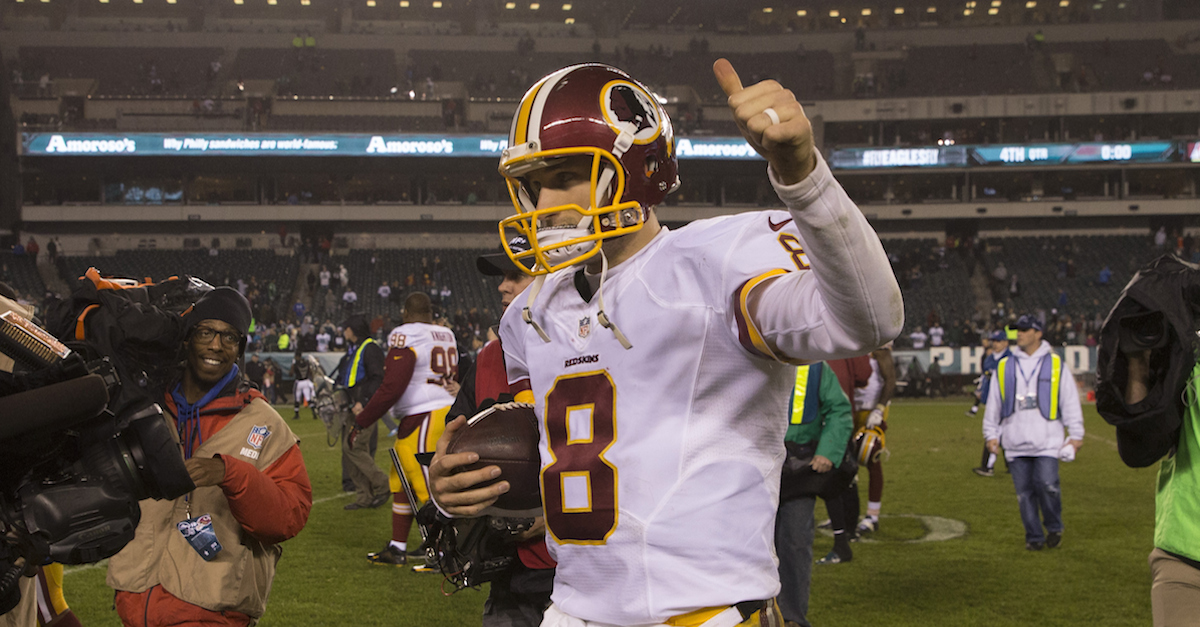 The Washington Redskins shocked the NFL with a decision to trade for Kansas City Chiefs quarterback Alex Smith. And while Kirk Cousins is already reportedly “close” on a contract despite not hitting free agency yet, the Redskins may not be ready to let him walk for nothing.

According to ESPN’s Adam Schefter, the Redskins are considering hitting Cousins with his third consecutive franchise tag, requiring any team that wants his services to trade for him.

According to the report, tagging Cousins could carry a decent amount of risk.

Cousins could delay signing the franchise tag for weeks or months, counting his massive $34.5 million salary against the cap and affecting Washington’s free agency plans. He could also tell teams he’d be unwilling to sign a long-term deal at specific locations, affecting the willingness of a team to surrender real assets.

For Washington, the reason to tag Cousins is clear — get something for arguably the biggest target in the free agent market this summer.