Ukraine is a proud sovereign nation of 44 million people, as recent events have proven pretty conclusively. Once a part of the Soviet Union, 92 percent of Ukrainian voters pulled the lever for independence in 1991 -- one of many former USSR constituent territories to become its own country after the fall of the Berlin Wall.

This was obviously a big deal for a whole lot of reasons, but one of the underrated ones is that Ukraine had long been a source of a lot of the USSR's best athletes.

In particular, lots of Ukrainian athletes won Olympic medals for the Soviet Union in a wide variety of sports (in both the Summer and Winter Olympiads): gymnastics, archery, fencing, figure skating, pole vaulting, volleyball, swimming and above all, boxing. In addition to the Olympic games, there have been Ukrainians in the NBA, NHL and the UEFA, not to mention tennis players and even a lone NFL player (Igor Olshansky). The country is no stranger to producing successful professional and international athletes.

But who are the greatest athletes in Ukraine's long history, both as a member of the Soviet Union and an independent nation? Which sportsmen and women stand above the rest? Here are 12 of them. 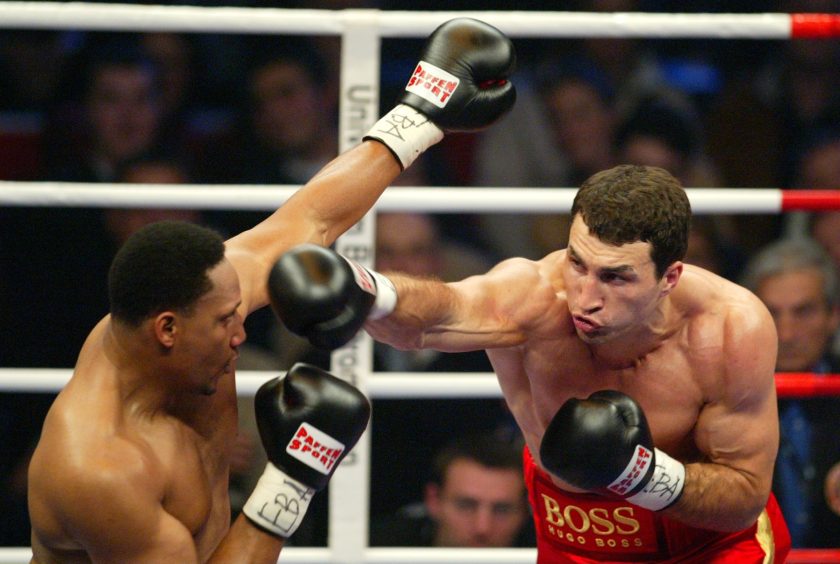 Few heavyweight world champions have ever been as dominant as Wladimir Klitschko. Klitschko won a gold at the 1996 Atlanta Olympics and followed it up with a legendary pro career with 64 wins (53 of them by knockout) and only five losses. Only Joe Louis has ever successfully defended his title more times than Wladimir's 23 victories. Also, point of order: it's "Wladimir" with a "W," not "Vladimir" with a "V." 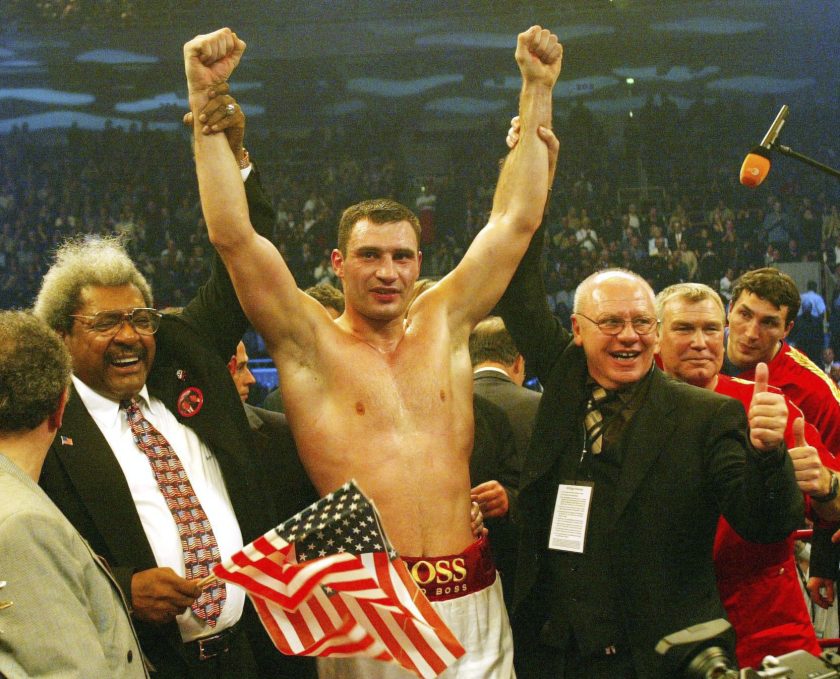 For all of Wladimir's accomplishments, his older brother Vitaly might have been the better boxer. The current mayor of Kiev only lost two fights in his career compared to 45 victories (and one of those was to Lennox Lewis, one of the best heavyweight fighters ever). Sadly, we'll never know which of the two Klitschkos was a better fighter, as their mother made the two boys promise to never fight each other. 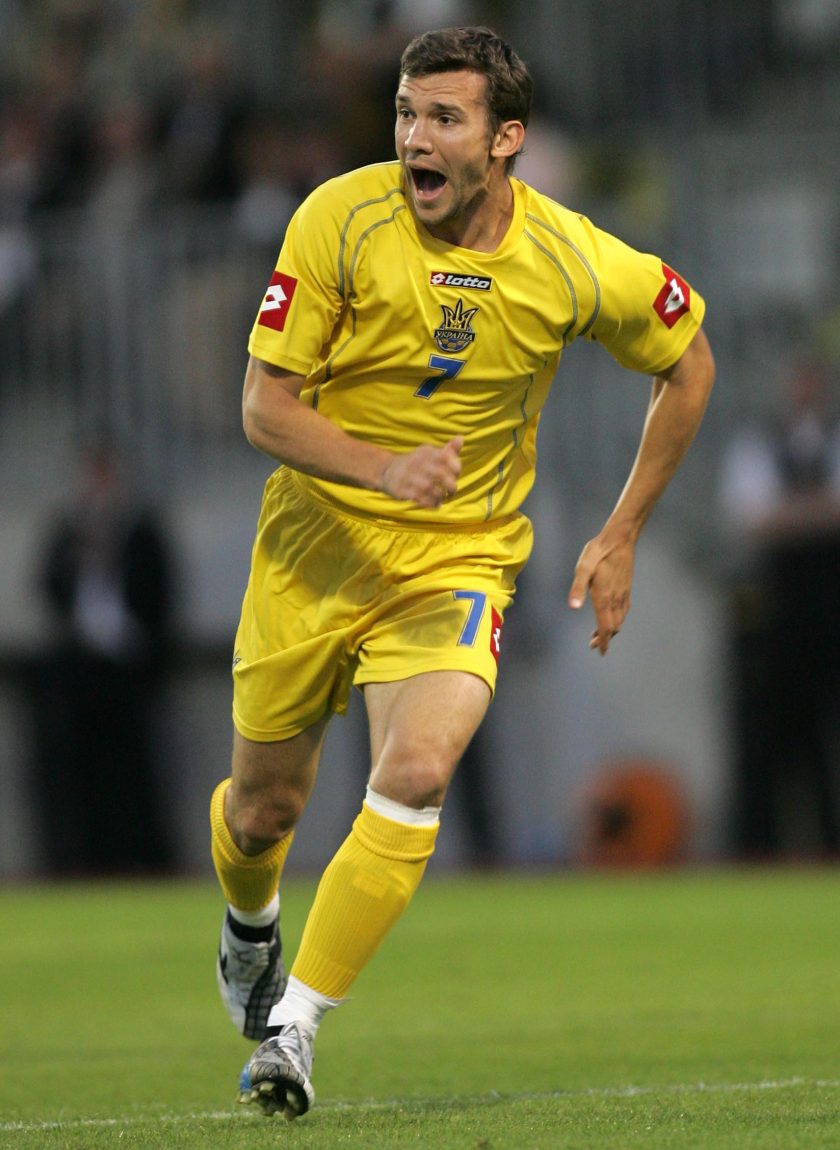 Ukraine has more of a soccer tradition than you might expect, but among Ukrainian football players, none have left as big a footprint as Andriy Shevchenko. Shevchenko was a very good striker for Dynamo Kyiv and Chelsea in the Premier League, but it was with AC Milan where he was a truly dominant scorer, posting 175 goals, good for second-most all-time with Italy's most prestigious club. His international accomplishments are even more impressive: no player has ever scored more goals for the Ukraine national team than Shevchenko's 48, and he was the captain for the team's first-ever World Cup appearance in 2006 (during which they made a surprising run to the quarterfinals). 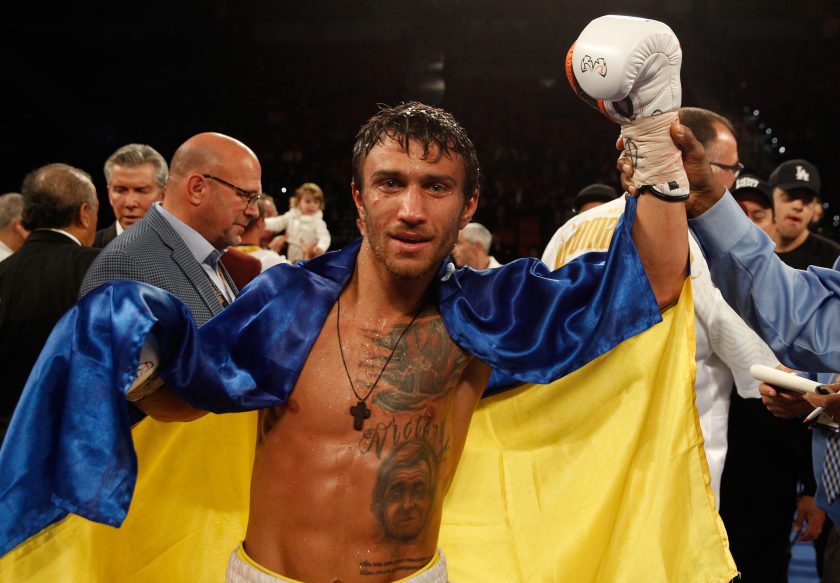 It turns out Ukraine cranks out all-timers in more weight classes than just heavyweight. Vasiliy Lomachenko stands much taller in the ring than his 5-foot-7 featherweight frame. A two-time gold medalist for Ukraine, Lomachenko has also held title belts in three different weight classes during his career (featherweight, lightweight and junior lightweight). 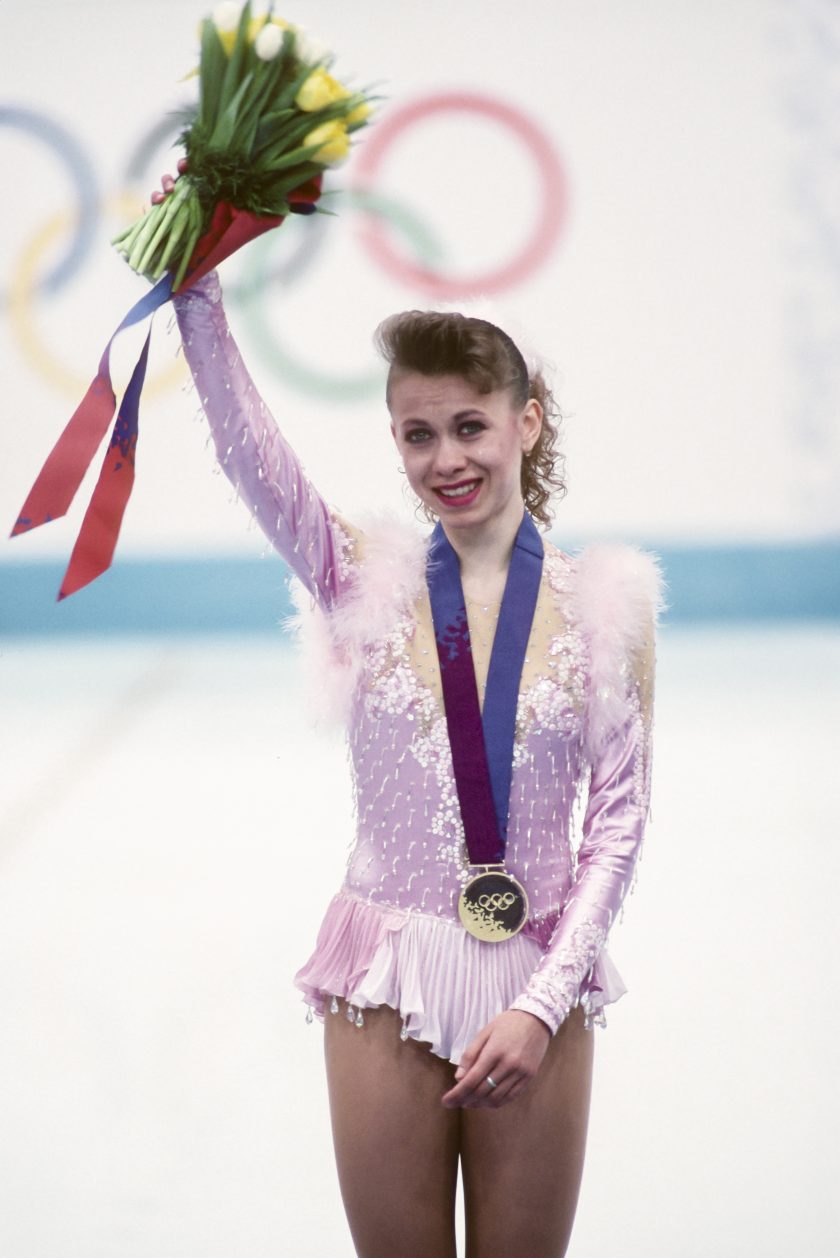 Only one Ukrainian has ever won a gold medal in figure skating, and she's one of the best ever: Oksana Baiul. Baiul's gold in the 1994 Lillehammer games, the first ever by an athlete of an independent Ukraine, was an announcement of Ukraine's athletic prowess on an international stage. Fun fact: over a decade after she retired, Baiul discovered she was Jewish and has since embraced that aspect of her identity. 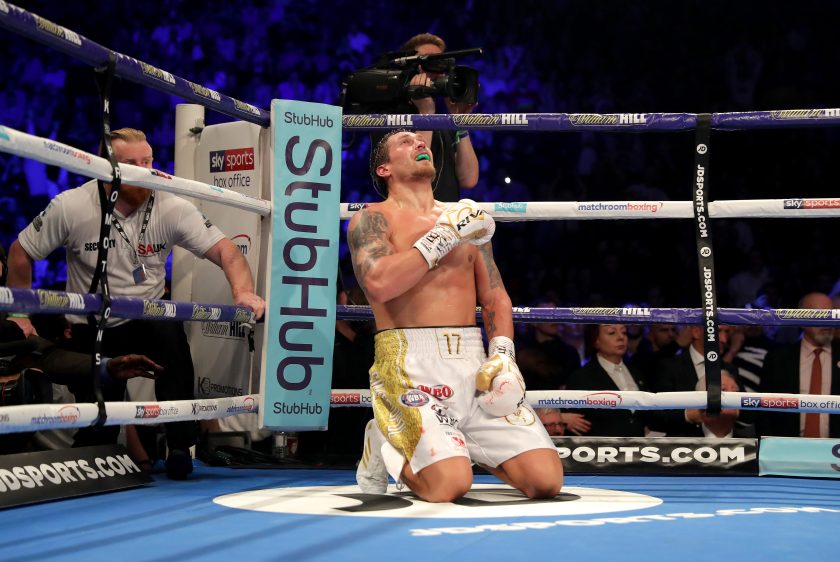 There may not be a better boxer on the planet right now than Oleksandr Usyk. He is the first cruiserweight to ever hold all four titles in that weight class simultaneously, and currently holds four heavyweight titles. He hasn't had an easy path, either; in his first 16 fights (all victories), he beat five current or former world champions. He's particularly noted for his exceptional hand speed, earning himself the nickname "The Cat." 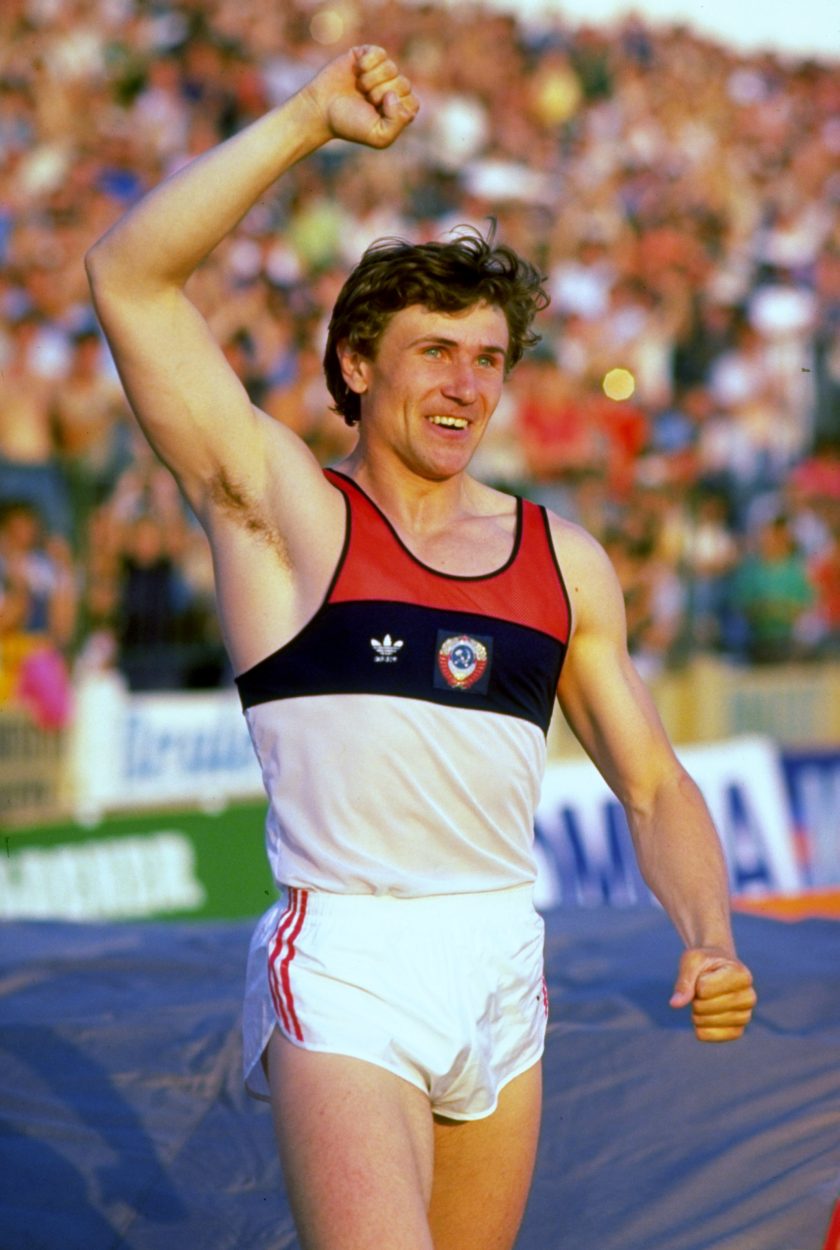 There might not be a better pole vaulter in history than Sergey Bubka. The Luhansk native was impossibly dominant for over a half decade, winning six consecutive world championships and an Olympic gold medal at the 1988 Seoul Games (the only reason he doesn't have two gold medals is because Russia boycotted the 1984 Los Angeles Games). Bubka was the first pole vaulter to clear the 6- and 6.10-meter marks and set an indoor pole vaulting record that stood for nearly 21 years. 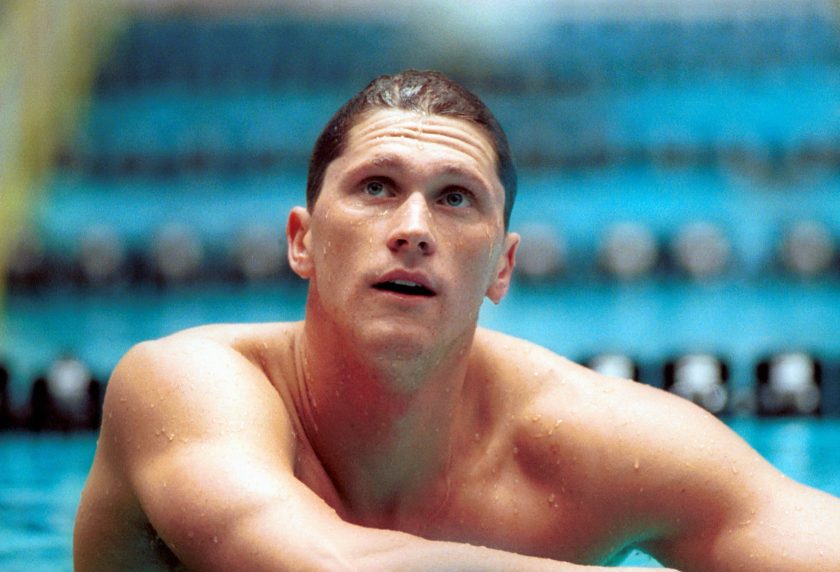 Lenny Krayzelburg competed internationally for the United States, but he only moved to the U.S. at age 13 in 1989. Before that, he was born in Odessa to Ukrainian Jewish parents. Krayzelburg was a single stroke swimmer -- a backstroker -- and he was phenomenally good at it, winning two individual and two medley golds during his career. 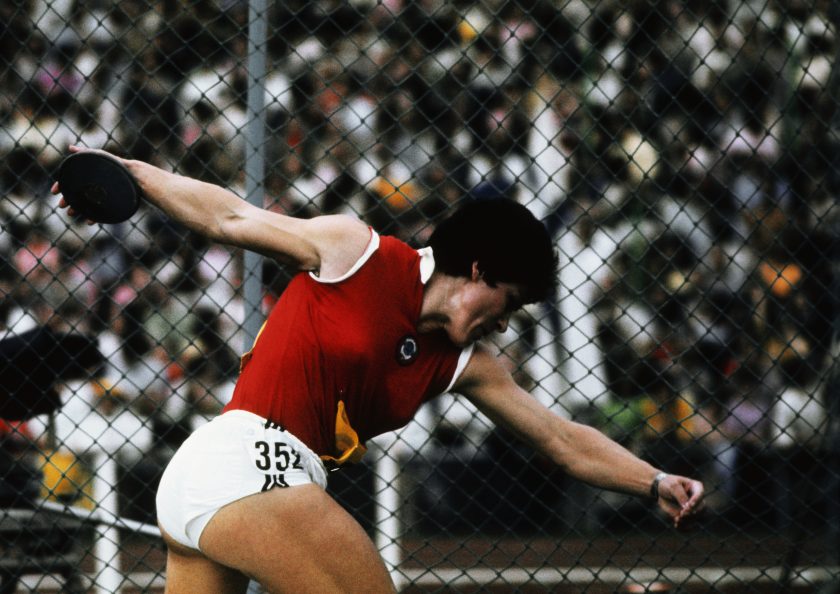 Setting a world record is impressive, but how about setting 11 world records? Faina Melnik did just that during her career. One of many Ukrainian Jewish athletes, Melnik actually did most of her damage at the world championships, though she was also an Olympic champion, winning her only gold medal at the 1972 Munich games. 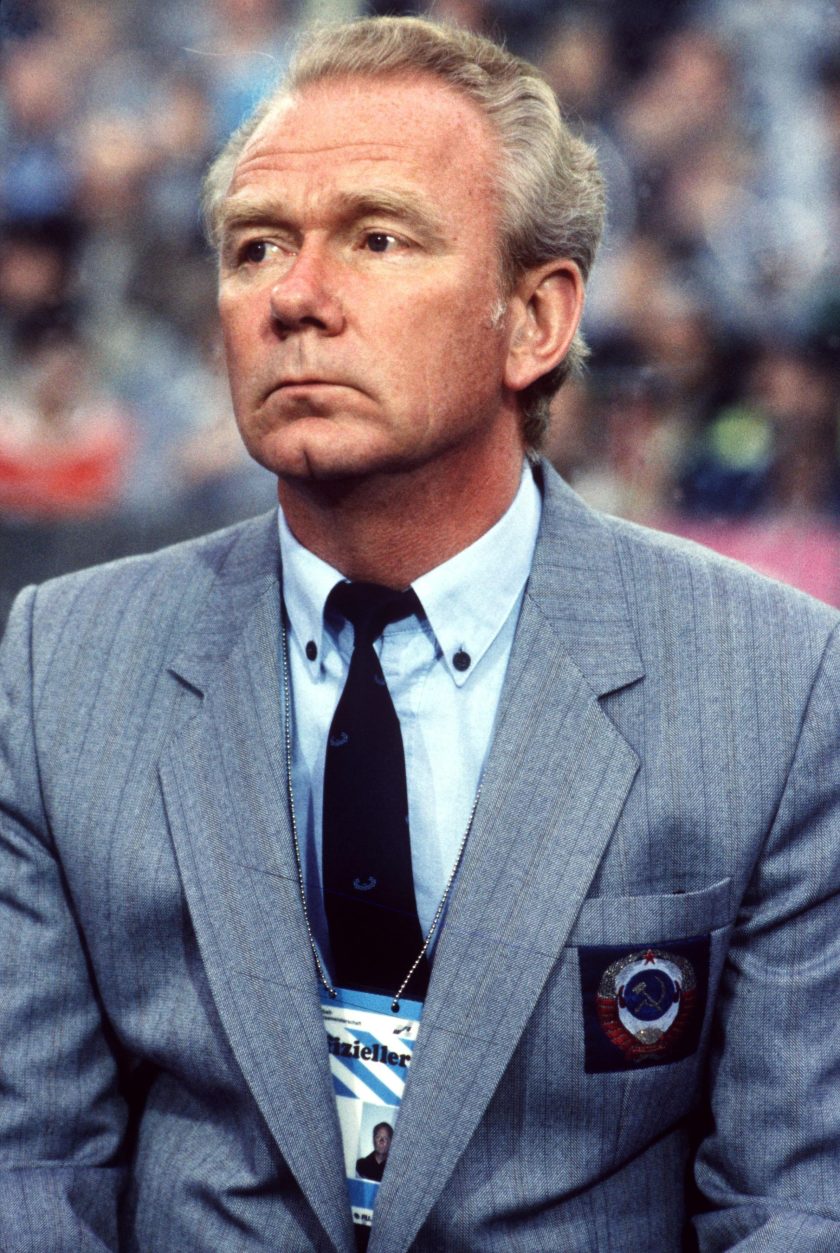 Valeriy Lobanovskyi was a good player in the mid-20th century as a forward/midfielder, but his coaching career is really what sets him apart. The architect of Dynamo Kiev, the most dominant team in Russian soccer history, Lobanovskyi won six Soviet Cups in 16 seasons. He's unquestionably one of the best European football coaches ever, leading Dynamo Kiev to the Champion's League quarterfinals twice in the late 1990s. 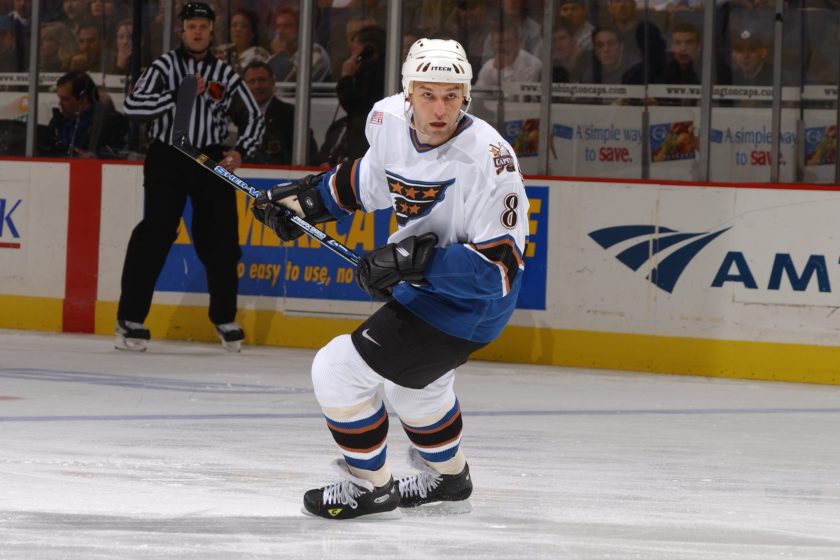 Ruslan Fedotenko might be a bit better known, but winger Dmitri Khristich is the best ice hockey player the country has ever produced. The Kiev native scored at least 27 goals five different times in his surprisingly effective career with Washington, L.A. and Boston, and he was good enough defensively to earn Selke Trophy votes. Not a Hall of Famer, but certainly no slouch. 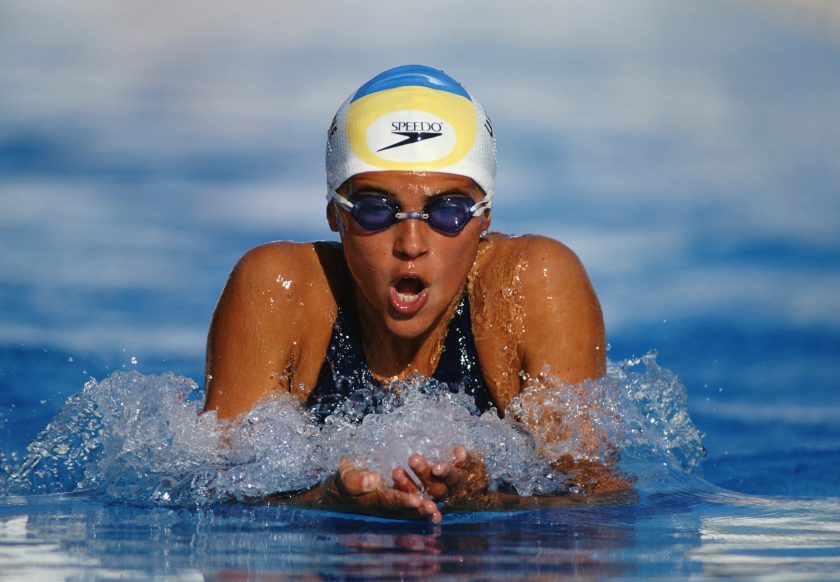 Plenty of Ukrainians have won gold medals, but no one has ever won more for Ukraine than Yana Klochkova. Nicknamed the "Golden Fish," Klochkova was dominant in all four strokes, winning four gold medals in the 200m and 400m individual medley across the 2000 and 2004 Olympic games (and a silver in the 800m freestyle in 2000). It's safe to say there has never been a better athlete from the Crimean peninsula.

MORE: NASCAR Owner Richard Childress is Donating Ammo -- and Lots of It -- to the Ukrainian War Effort