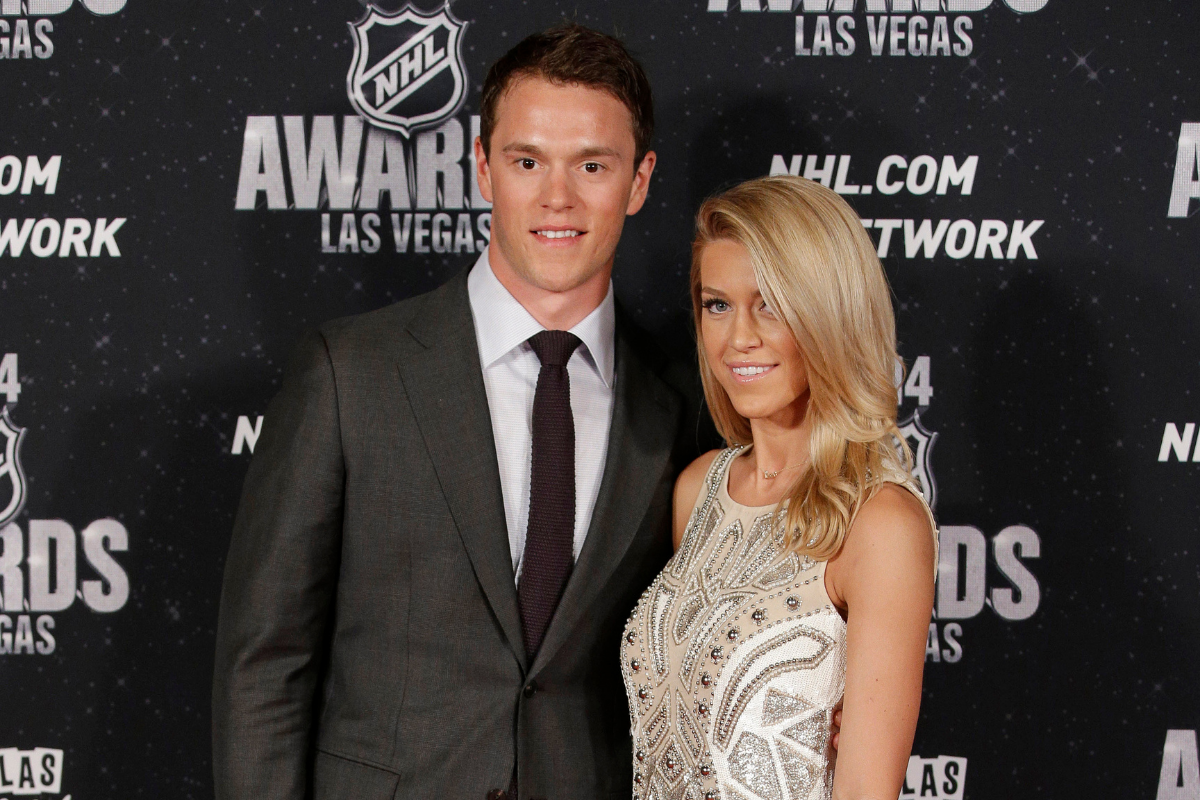 While the Chicago Blackhawks gear up for the 2021 NHL season, they will be without one familiar face. Jonathan Toews, one of the team’s most important players, will miss the start of the season, and potentially longer, as he deals with an undisclosed illness.

The ice hockey player disclosed to the organization that the illness he’s battling will prevent him from suiting up in time for the January 13 season opener.

Fortunately for Toews, he’s in good hands while he’s recovering, as he’ll be under the watchful eye of his longtime girlfriend Lindsey Vecchione.

Who is Jonathan Toews’ Girlfriend?

Toews and his girlfriend Lindsey Vecchione put a dog in the #StanleyCup (h/t Reddit) pic.twitter.com/XriRxG7u3Y

RELATED: Who is T.J. Oshie?s Wife?

Jonathan Toews has been dating Lindsey Vecchione for quite some time, with the couple being spotted together during the 2013 Stanley Cup Playoffs.

Vecchione is an athlete in her own right, having played in the Lingerie Football League for the Chicago Bliss. Additionally, she used to model for Playboy, and currently works at a hair salon in Illinois.

Vecchione is active on social media such as Instagram, but primarily uses the platform to post photos of her clients’ hair.

Prior to his relationship with Vecchione, Toews was rumored to be dating Gabrielle Velasquez back in 2011.

Toews was selected in the first round of the 2006 National Hockey League Entry Draft, and immediately rose to stardom in Chicago, finishing runner-up for the Calder Memorial Trophy as a rookie.

As just a 20-year-old, Toews became captain of the Chicago Blackhawks of the National Hockey League, making him the third-youngest team captain in league history. He won the Conn Smythe Trophy in 2009-10 and helped lead the Hawks to a Stanley Cup victory.

Across his career in Chicago, Toews, alongside superstar teammate Patrick Kane, has won three Stanley Cup championships and has contributed 345 goals and 470 assists while playing in a remarkable 943 games for the team.

According to Celebrity Net Worth, Jonathan Toews has an estimated net worth of $26 million.

The next step in life for the superstar hockey player is seemingly to tie the knot with Vecchione, though fans will have to continue to wait on that announcement from the 32-year-old.