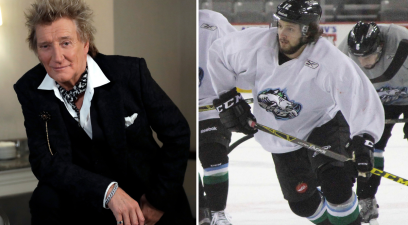 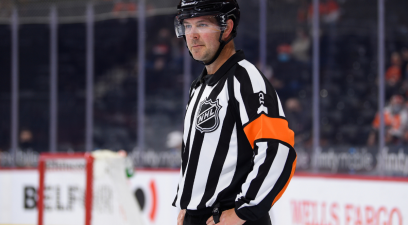 Longtime NHL goaltender Ryan Miller has been protecting the net for nearly 20 years.

The goalie has spent his last four years as a member of the Anaheim Ducks and even earned a silver medal in the Olympics for the United States.

While Miller is no longer the young stopper he was when he got drafted, he’s loving life in the National Hockey League.

It certainly helps that he is married to his biggest fan, wife Noureen DeWulf.

RELATED: Who is Connor McDavid’s Girlfriend?

DeWulf has featured in a variety of movies and short films including Ghosts of Girlfriends Past, The Back-up Plan, West Bank Story (for which she won an Academy Award), Maneater, and many more.

Additionally, she’s held roles in various television and reality shows, including the likes of Hockey Wives, Good Girls and Anger Management, where she played Lacey from 2012-2014.

DeWulf was born in New York City. She was previously married to artist James DeWulf for 10 years before divorcing him in 2010. DeWulf and Miller married in 2011 and have since welcomed their first child, son Bodhi Ryan.

In July 2020, the pair placed their Los Angeles home on the market for nearly $3 million.

Ryan Miller joined the NHL in 2002 as a member of the Buffalo Sabres. He spent 10 seasons in Buffalo, including his career-best 2009-10 campaign when he made the All-Star Game and won the Vezina Trophy.

Additionally, he finished fourth in MVP voting for the Hart Trophy, and was arguably the best goaltender in the sport at the time.

After his long stint with the Sabres, Miller was traded to the St. Louis Blues. The hockey player then played three seasons with the Vancouver Canucks before latching on with the Anaheim Ducks in 2017.