Every hockey player dreams of being able to hoist the Stanley Cup. Arguably the most difficult trophy to win in all of sports, the Stanley Cup is a monstrous piece of hardware. You might even say that only the strongest in the league are able to lift it.

Some players wait for their entire careers to skate around the ice holding Lord Stanley's cup, giving it a big smooch and then handing it off to a fellow teammate. Over the years we've seen players like Mark Messier and Ray Bourque create iconic, legacy-defining images just moments after touching the cup.

For Colorado Avalanche forward Nicolas Aube-Kubel, that iconic moment is going to hurt a little more than the others. 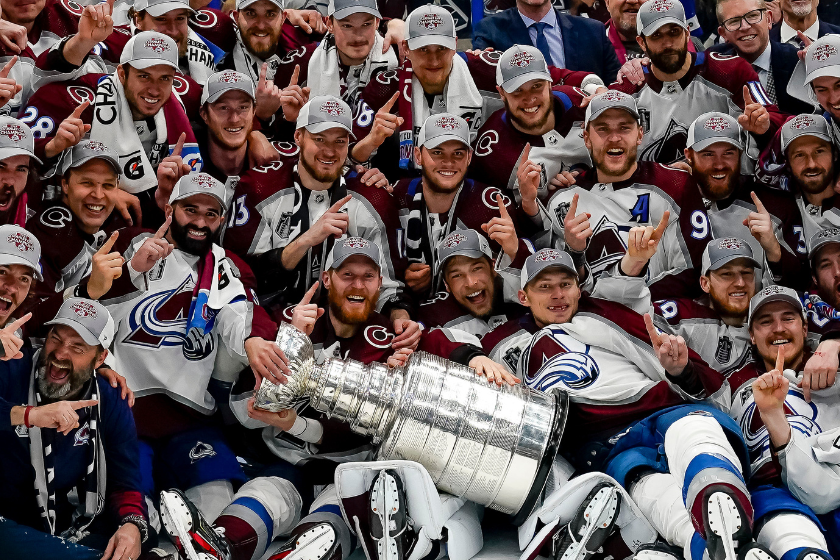 RELATED: Joe Sakic's Net Worth: How "Burnaby Joe" Made An Avalanche of Cash

The Colorado Avalanche had an incredible debut when they joined the NHL in 1995. After moving south of the border away from Quebec, where they used to play as the Quebec Nordiques, the Avalanche not only made it to the Stanley Cup Finals, but they won the whole thing, taking down the Florida Panthers. In their first year of existence, in their first NHL Finals, the Colorado Avalanche were Stanley Cup Champions. The Joe Sakic-led Avs would again hoist the Cup in 2001, when Hockey Hall of Fame legends Sakic, Bourque, Patrick Roy, Rob Blake and Peter Forsberg won the franchise's second cup against the New Jersey Devils. It seems the Colorado Avalanche only enjoys a Stanley Cup win when playing against teams from Florida or New Jersey.

Since then the road back to this moment hasn't been easy. Erik Johnson, Gabriel Landeskog and Nathan McKinnon have been trying to bring a Stanley Cup Parade to the streets of Denver for over a decade, and 2022 was their moment to shine. Facing off against Steve Stamkos and the Tampa Bay Lightning, who were looking for the elusive three-peat, the Avalanche had their work cut out for them. But the Avs were made for this moment and dispatched the Lightning in Tampa with a 2-1 Game 6 win.

Landeskog took the cup first and the massive silver Cup went from Colorado player to Colorado player, like former Toronto Maple Leafs star Nazem Kadri and former Columbus Blue Jackets player Jack Johnson. Finally, the greatest prize in all of hockey landed in the hands of Aube-Kubel, one of the younger players on the Avalanche roster who was playing in the Stanley Cup finals for the first time in his career.

As he was taking his lap with the Cup, the Avalanche began to clump together for the very important team photo. As the veterans and others gathered for the photo, they called Aube-Kubel back to the group. The former Philadelphia Flyers prospect skated towards his team but tripped at the last moment. Thankfully, the Stanley Cup broke his fall.

Aube-Kubel tried to play it off as if nothing happened, but the literal damage was done. On the underside of the cup, potentially where all of their names would be engraved, was a large dent courtesy of Aube-Kubel. If you listen closely you can hear Phil Pritchard, the Keeper of the Cup, die a little inside.

Perhaps Aube-Kubel should have taken a tip from Conn Smythe trophy winner Cale Makar, and immediately hand off your hardware before something bad happens to it. But then again, I'm sure he'll keep that in mind for next year's Stanley Cup defense.

MORE: Ray Bourque Lifts the Stanley Cup Thanks to an Avalanche of NHL Talent