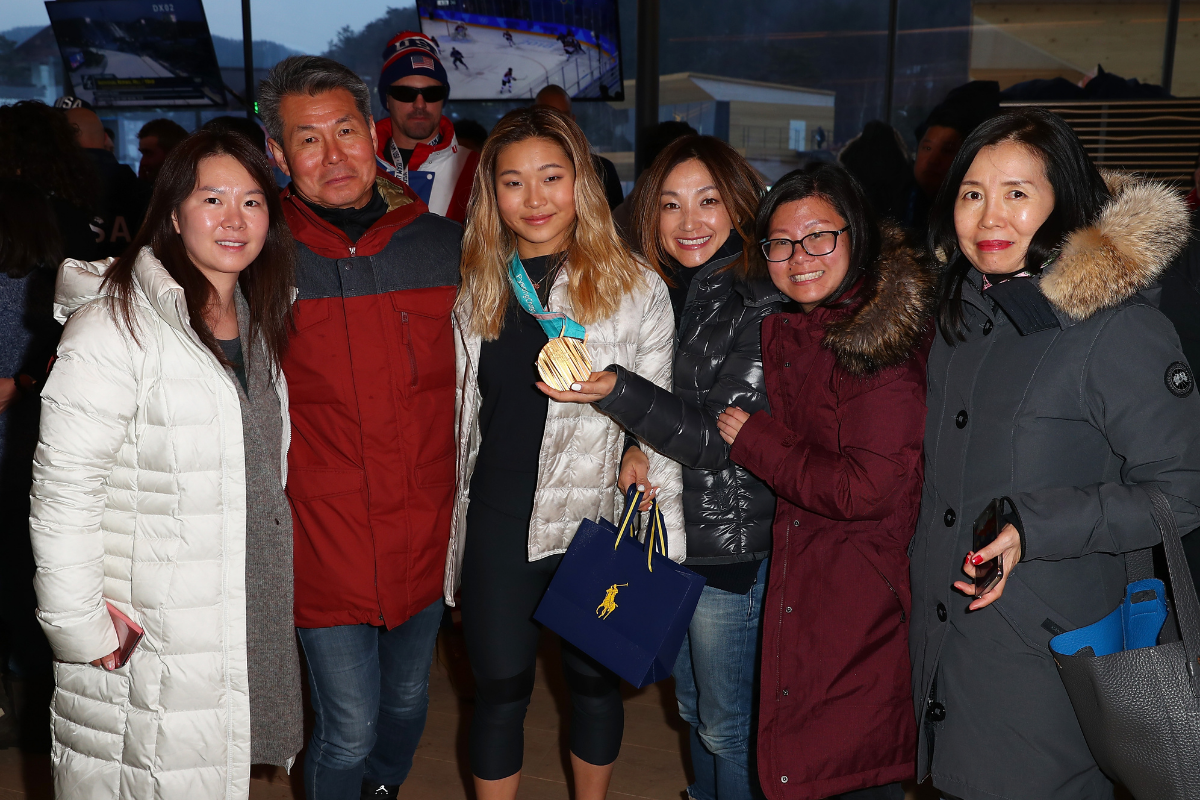 There doesn’t seem to be anything Chloe Kim can’t do on a snowboard. The Olympic snowboarder’s story is something we’ve seen from other sports prodigies like Tiger Woods, Serena Williams, LeBron James and Michael Phelps — someone who is so advanced for their age it’s absurd.

For Kim, who’s only 21, she has 12 gold medals in snowboarding’s biggest competitions, including two Olympic golds, and she’s just hitting her stride. She could potentially have more Olympic medals, too. She qualified for the 2014 Sochi Olympics when she was 13, but was too young to compete. A year later, she won her first X Games gold in the SuperPipe — a title she has held six times since.

It’s clear Kim was made for the mountain. Her father, Jong Jin Kim, saw it when she was in preschool and dedicated his time to help her hone her craft. In fact, Jong Jin quit his job to help his daughter achieve her Olympic dreams.

The standardized version of the “American Dream” is receiving a fresh start and having the opportunity to do whatever you may choose. Jong Jin and Chloe’s mother Boran Yun Kim followed this. They emigrated from South Korea to Southern California in 1982, where Jong Jin started working minimum-wage jobs to save money for college, eventually earning enough to study engineering at El Camino College in Torrance. He also worked as a night machinery operator while in school.

The Kims then settled down and had two daughters, Erica and Tracy. Chloe rounded out the trio in 2000. It was at the spry age of 4 that Jong Jin decided to have his youngest daughter try snowboarding at Mountain High, a Southern California resort.

She picked it up rather quickly, and by 8, she spent two years training in Switzerland. When she returned to the United States, Jong Jin was driving her six hours to practice at the Mammoth Mountain Ski Area deep in the heart of California. At this point, he recognized his daughter’s potential and quit his engineering job to help Chloe however he could because for him, Chloe is the American dream.

“It’s just great ’cause it’s kind of the American dream, American dream come true. It’s the land of opportunity. Why not?” he told USA Today in 2018.

It certainly paid off.

Chloe ascended to the international stage at the 2018 Pyeongchang Olympic Games, where she crushed the competition and won the gold in the Women’s Halfpipe. It was in his home country that Jong Jin gained some fame, too.

Chloe landed back-to-back 1080s and holds the title as the youngest woman to ever pull off the feat. The Team USA member’s victory also made her the first athlete to win all four major snowboarding titles (Olympics, Worlds, Youth Olympics and X Games).

It’s evident Jong Jin and Chloe have a special bond, and prior to the 2022 Beijing Winter Olympics, Chloe made sure to show her appreciation on social media in a partnership with Procter Gamble.

Love you always, dad. Couldn’t have taken this wild ride without your and mom’s constant love and support. Check out our story from @proctergamble 😍#sponsored pic.twitter.com/wjFspVMAmi

Is someone cutting onions in here? Is my air conditioner broken? Because I can’t figure out why I’m sweating from my eyes.

Moving on, Kim successfully defended her snowboard halfpipe crown in Beijing with another gold medal win, making her a two-time Olympic gold medalist at just 21. Now that Shaun White’s snowboarding career is coming to an end, Chloe Kim is poised to take over as Team USA’s face of the Winter Olympics.

A unique set of challenges comes with each new success. Chloe is more than prepared to handle it. As for her father? Well, he’s living the American dream.