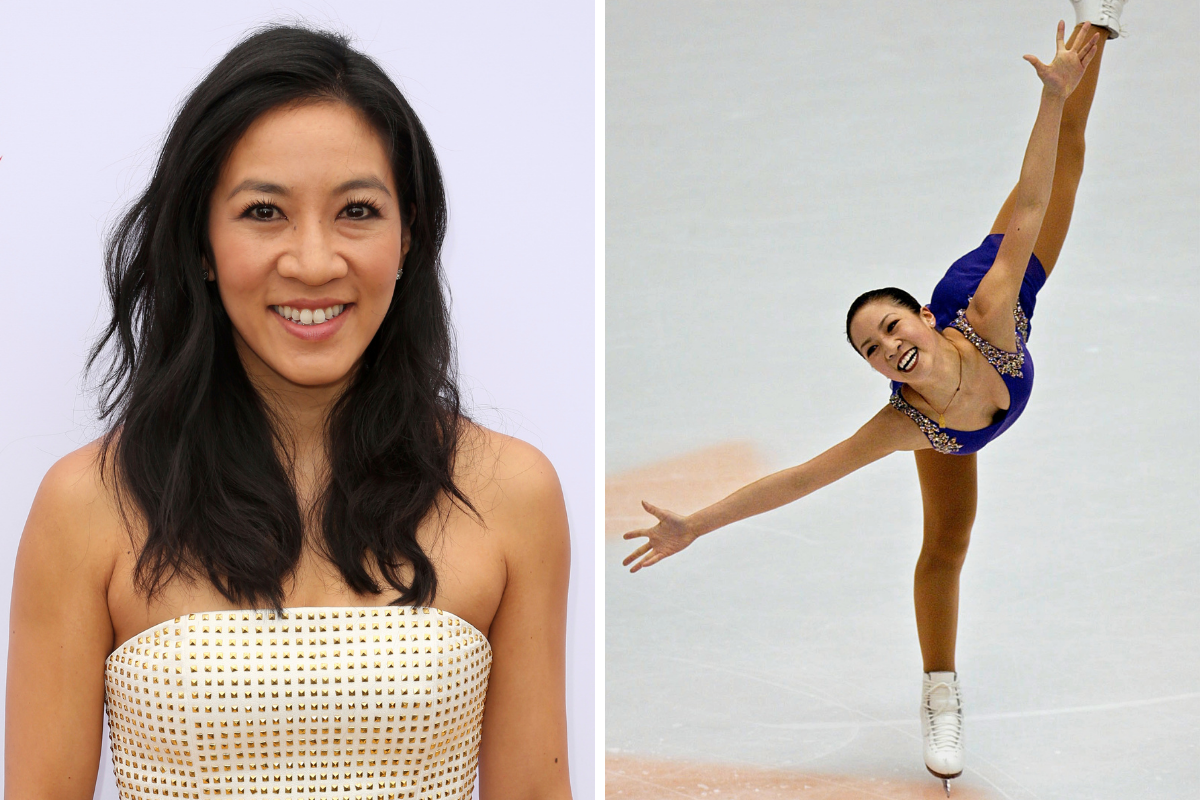 Being a figure skater often means having a short shelf life in terms of success and fame. Fans watch figure skating at the Winter Olympics, they fall in love with a skater and then they may never pop up on your screen again.

This was never the case with Michelle Kwan. She had a durability to her figure skating career many would envy. It helped her build not just a following but an impressive bank account.

Michelle Wingshan Kwan was born to Chinese immigrants Danny and Estella Kwan in Torrance, California, in 1980. Her brother Ron played ice hockey, and her older sister Karen got into figure skating, so naturally, Kwan laced up the skates as well.

Kwan first won the World Junior Championships in 1994, and that year she finished second in the U.S. Championships as well. This would have usually meant a spot on Team USA at the 1994 Winter Olympic Games. However, her place was given to Nancy Kerrigan, who had suffered an injury after being attacked by Tonya Harding’s crew.

The American figure skater kept at it, though, and she was able to earn a spot at the 1998 Olympics. It was a battle between two Americans, Kwan and Tara Lipinski. In the end, Lipinski took home the gold. Kwan walked away with the silver medal.

Often, a figure skater will go pro after one Olympics to make money through ice skating. That’s what Lipinski did after 1998, for example. Kwan, though, kept her eligibility and even won the World Figure Skating Championships in 1998.

Kwan returned to the Olympics in 2002, representing the United States in Salt Lake City. This time, she won the bronze medal, making her a rare two-time Olympic medalist in figure skating. Kwan actually wanted to compete in 2006 as well, and she was in the mix. Then, she suffered an injury that took her out of the running. While she didn’t “retire” in the traditional sense, injuries basically took Kwan out of competitive skating.

In addition to her two Olympic medals, Kwan retired as a five-time world champion and a nine-time U.S. champion. She is tied with Maribel Vinson for the most wins at the U.S. national level.

When she was still an active figure skater, Kwan went to UCLA after finishing high school in 1998. Then, she set her education aside until 2006 when she transferred her UCLA credits to the University of Denver.

In 2009, she graduated with a bachelor’s degree in international studies with a minor in political science. After that, she went to grad school at the Fletcher School of Law and Diplomacy at Tufts University, completing the course in 2011.

Kwan was a truly beloved figure in her career. The readers of Skating magazine named her Skater of the Year a whopping seven times. It wasn’t just figure skating enthusiasts. She won both a Teen Choice award and a Kids’ Choice award for the favorite female athlete. Also, she voiced herself on “The Simpsons.”

Naturally, all this goodwill made the brands come calling. Her biggest deal was probably the one she signed with Chevrolet in 2000, reportedly worth over $1 million. She also had endorsement deals with Campbell’s, Coca-Cola, McDonald’s, Starbucks and United Airlines. Kwan was also a long-time “celebrity representative” for Disney.

In 2013, Kwan married Clay Pell and lived with him in Providence, Rhode Island. Pell, a lawyer who worked for the Obama administration, ran for Governor of Rhode Island in 2014, but he did not win. The couple divorced in 2017. Kwan has done a lot of political work herself, including on Hillary Clinton’s 2016 campaign.

All those endorsements have certainly paid off for Kwan. Though she is only 41, Michelle Kwan has an estimated net worth of $12 million, according to Celebrity Net Worth.