Andre the Giant is one of the most famous wrestlers of all time, due to his tremendous size that scarcely seemed human. At his peak, the professional wrestling icon had 7-foot-4 and 520-pound body measurements. But there was a time when that impressive specimen of a man had a family of his own. This is the story of Andre the Giant's daughter.

Nicknamed "the Eighth Wonder of the World", the wrestling star, whose real name was Andre Rene Roussimoff rose to stardom in the early 1970s and then exploded with the WWE (then the World Wrestling Federation or WWF) during the 1980s, becoming the world's highest-paid wrestler in 1974 and a staple in Vince McMahon's production.

Who could forget his utter dominance and showdown in WrestleMania III against "Hollywood" Hulk Hogan? I mean, how many other wrestlers got their own HBO documentary?

But while the superstar and future Hall of Fame inductee was dominating in his wrestling career, life at home wasn't so great, when the gentle giant was even there. 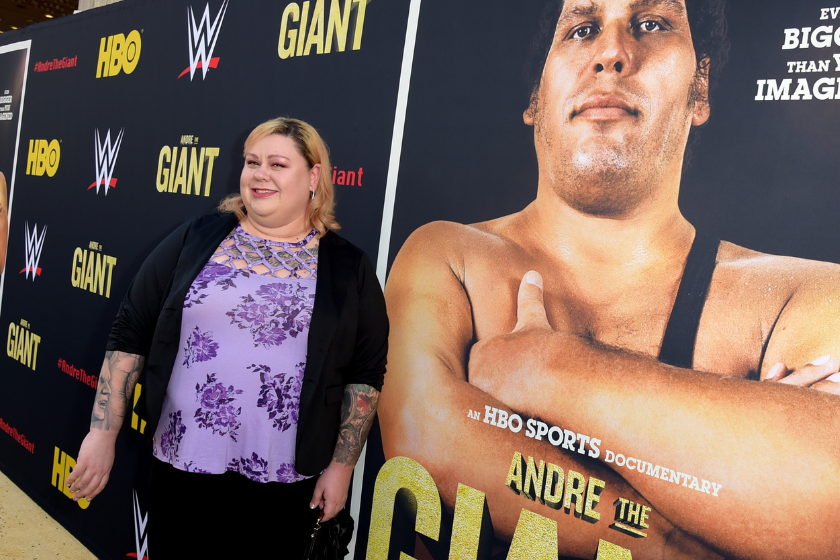 Andre the Giant, brother of Jacques Roussimoff, was married to Jean Christensen, with whom he had his only child, his daughter Robin Christensen Roussimoff. Robin was born in 1979 and grew up in France and the United States.

Despite being the only daughter of Andre, Robin, who currently resides in Seattle, Washington, was not close to her father. Due to the nature of the wrestling business, Robin revealed on the Wrestle Zone Radio Podcast in 2016 that her professional wrestler father was gone 298 days of the year for various gigs when she was growing up.

To make matters worse, Andre and his French/American daughter didn't get along, making a relationship with her father even more difficult for Robin to forge.

In 2017, rumors emerged that Robin would be participating in a future WWE SmackDown Live after she was spotted backstage at the event, though she quickly shut down those claims.

Andre the Giant's daughter Robin is an important part of her father's legacy even if she only interacted with him a handful of times.

A Giant on the Silver Screen

In addition to his work in the ring, Andre's size and stature enabled him to play some unique characters in films and television shows, most famously the giant Fezzik in "The Princess Bride." Cary Elwes, co-star on "The Princess Bride", revealed that Roussimoff would drink beer straight out of a pitcher while on set. Surely if social media was around then, he would have been even more famous.

According to Celebrity Net Worth, the wrestling star boasted a net worth of $5 million thanks to his success in the wrestling industry, acting, comic con appearances and voice work for video games.

Andre the Giant passed away in 1993 in a Paris hotel room from congestive heart failure, stemming from his undiagnosed acromegaly. He was in Paris to attend the funeral of his own father, and passed shortly after at 46.

Roussimoff wanted to have his body cremated and his ashes spread at his North Carolina ranch, however no crematorium in France was able to handle a body that large. Therefore, the cremation was held in the USA, and his ashes were spread in Ellerbe, North Carolina.

In 2015, it was reported that a biography, Andre the Giant: Closer to Heaven, was in the works. In 2018, HBO released a biopic documentary called Andre the Giant.