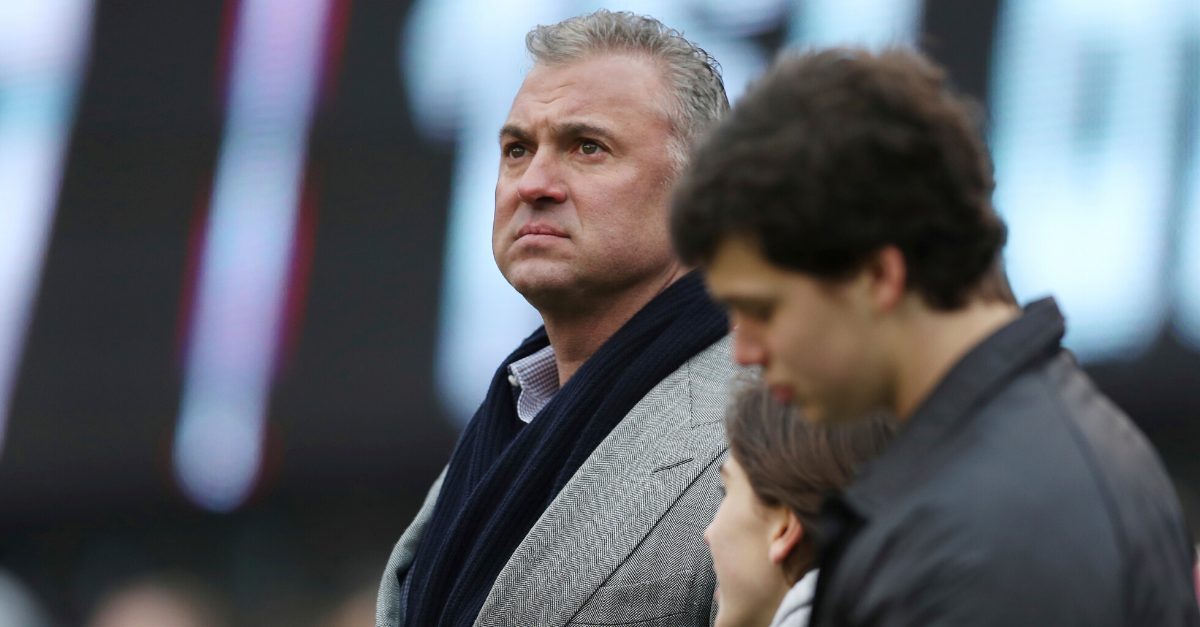 Although Shane McMahon was not considered a professional wrestler, he was a part of some of the most hardcore matches on WWE history. The son of Vince McMahon and Linda McMahon, brother of Stephanie McMahon, and brother-in-law of Triple H has certainly created plenty of memorable moments during his WWE career.

In addition to his matches, Shane started off as a referee for a brief time in 1988 before appearing more frequently on television after joining The Corporation in 1998 and the Corporate Ministry in 1999. During this time, the McMahon family were some of the most villainous names in the WWF, and Shane fit right in.

In 2001, Vince McMahon bought WCW. To Vince’s surprise, Shane was on the other end of the jumbotron stating that he now owns WCW. This led to the WCW/ECW alliance feuding with WWE. Shane remained a important part of WWE until 2009 before departing from the company.

In 2016, Shane McMahon came out to one of the most thunderous reactions in WWE Raw history as he returned to the company after a seven-year absence. His appearance led to a feud with his father, Vince McMahon, causing Vince to book a Hell in a Cell match with him against The Undertaker at WrestleMania 32 for the opportunity to lead the Raw brand.

The Undertaker won the match, and he also was under a great amount of pressure. He would have been forced to retire if he lost. While Shane was not able to gain control of Raw, he still became General Manager of SmackDown Live until WWE decided to terminate the use of GMs.

Shane then became more of an on-screen character, still with power over the brands since the McMahon family was still in control. He became a semi-regular competitor in 2019, winning the SmackDown Tag Team Championships at the Royal Rumble against Sheamus & Cesaro. Just a few weeks later, they lost the titles to The Usos, and Shane turned heel on The Miz which led to a Falls Count Anywhere match at WrestleMania 35.

Following this feud, Shane went on to feud with Roman Reigns and Kevin Owens, before currently being away from television for several months.

Throughout Shane’s WWE career, he has racked up reigns with the Tag Team Championship, European Championship, and Hardcore Championship. He also won the 2018 WWE World Cup tournament at the Crown Jewel WWE Network special.

According to Celebrity Net Worth, Shane McMahon’s net worth is $100 million due to revenue from WWE and ventures as an American Businessman. When he left the company in 2009, resigning from his position as Executive Vice President of Global Media, he became the CEO of China Broadband Inc.

In 2011, China Broadband became YOU On Demand, which “taps into the leading provider of pay-per-view and video on demand (VOD) services in China, according to Shane. He has stepped down from his position as CEO to become Executive Vice Chairman of the Board of Directors. YOU On Demand would also went through more name changes, including Wecast Network and Seven Stars Cloud Group.

He also served on the Board of the International Sports Management, and in 2011, The Rock stated that he was the company’s “largest investor.” Shane also became co-owner of the Indian Larry Motorcycles company in Brooklyn, New York. In addition to these business ventures, Shane is also a two-percent minority owner of World Wrestling Entertainment.

Shane O’Mac is also the husband of Marissa McMahon, who had a brief role in WWE as Marissa Mazzola, and also has three boys ? Declan James, Kenyon Jesse, and Rogan Henry ? who appeared on the stage with him before his Hell in a Cell match against The Undertaker at WrestleMania 32.