The Featherstone Files: Pro Wrestling’s Greatest Feud of All Time Is… 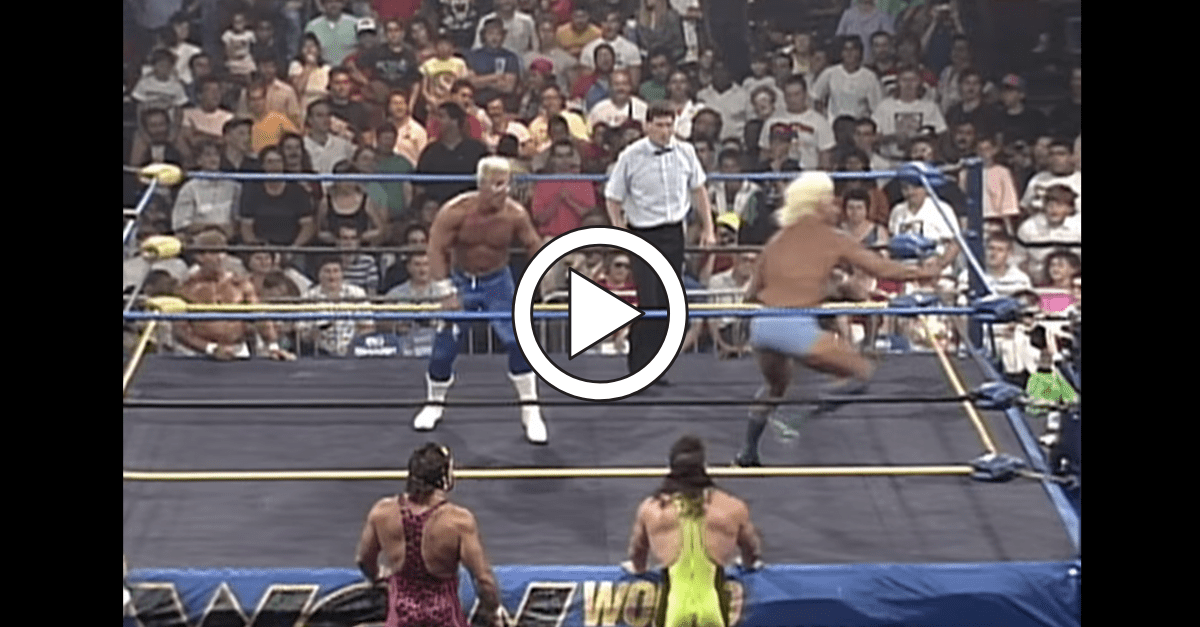 I have been a pro wrestling fan since the mid-1980s, and since then, I have watched countless amount of hours of wrestling content dating back to the 1960s. Although I was a big fan of the WWF growing up, and surely was a Hulk Hogan “Hulkamaniac,” there was something about the NWA that really drew my interest.

On top of the larger-than-life characters, NWA brought an intimate feel to their product, with names such as Sting, Ric Flair, Dusty Rhodes, Vader, and Lex Luger at the helm.

While watching Hulk Hogan and Randy Savage in the WWF, my favorite feud was still Sting vs. Ric Flair in WCW. Sting is my all-time favorite wrestler, and this occurred when he first debuted in NWA. His character was so magnetic to me, and he had an overwhelming amount of charisma. Ric Flair, at this point, was leading the Four Horsemen, which was the most villainous faction in pro wrestling.

For a brief time, the Four Horsemen were babyfaces, and Sting became a member of the group. However, in the beginning of 1990, tensions started to rise during Sting’s brief Horsemen membership, as he was the number one contender for the World Heavyweight Championship opportunity.

Sting was injured this same night by trying to interfere in the steel cage main event, blowing out his knee and taking months to recover. Sting was replaced by Lex Luger for his title match at WrestleWar, but was unable to defeat Flair.

At the Great American Bash in Baltimore, MD, Sting made his PPV return after a five-month absence, competing against Flair for the world title. Sting defeated Flair, winning the NWA World Heavyweight Championship for the first time.

My Favorite Match of All Time

I remember this moment like it was yesterday, and it is still my favorite match of all-time. It was not my favorite necessarily due to being a wrestling clinic or a huge brawl, but more from the standpoint of my favorite wrestler winning the world championship match at one of the biggest pay-per-views of the year.

Moments like this is why the fool-proof method of building storylines and having distinguished babyface and heel characters are so important.

I was a part of the Q&A session involving Sting during WrestleMania 34 weekend, and I asked Sting about the importance of face and heel characters today. He stated that although the focus of pro wrestling has become different, the babyface/heel dynamic should always be a major part of the sport.

The Stinger added that if not for people like Ric Flair and Rick Rude being strong bad guys, he is not sure that his career would not be where it is today. In fact, Flair’s villainous character also significantly helped the careers of names such as Ricky Steamboat, The Road Warriors, Barry Windham, Ronnie Garvin, and even Bret Hart during his time in WWF. In fact, Flair even helped the main event status of the late El Gigante, who was very green in the ring during his feud with The Nature Boy.

Sting Becomes One of the Greatest Babyfaces Ever

Throughout his time in WCW, Sting even further solidified his status as one of the greatest babyfaces of all time, feuding with names such as The Great Muta, Nikita Koloff, Tully Blanchard, Steve Austin, and Big Van Vader, in addition to the aforementioned names. The popularity of Sting and veteran status of Flair was also instrumental in making the War Games match one of the most memorable series of matches ever.

The longstanding feud of Sting vs. Ric Flair ended at the last episode of WCW Nitro in 2001, after over a decade, with their first pay-per-view match resulting in Sting defeating Flair in the main event of the Iron Man tournament at Starrcade 1989. Their feud extended during their time in TNA, as they competed in a Legends Match.

In 2014, Sting finally made his WWE debut, commencing his feud with Triple H which led to their match at WrestleMania 31. Triple H winning is still one of the most disappointing finishes in WrestleMania history. Sting returned months later for Night of Champions in 2015, but was unable to win the WWE Championship from Seth Rollins. He also suffered a career-ending injury during this match.

Sting retired at the 2016 WWE Hall of Fame, never having an opportunity to compete against The Undertaker.

As Ric Flair coined, “To be The Man, you got to beat The Man.” For Sting, he became a legend because he was able to beat “The Man” on several occasions en route to a Hall-of-Fame legacy. As Harley Race passed the torch to Flair with a memorable PPV win at Starrcade ’83, Flair did the same for Sting at the 1990 Great American Bash.