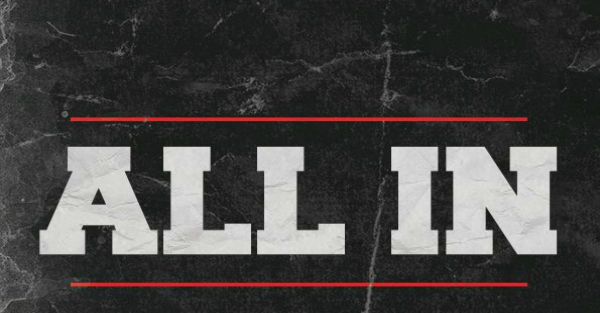 We can add yet another high-profile name to the 10,000-seat All In mega show. On Tuesday evening, top independent talent Tessa Blanchard announced she would be involved.

This announcement comes less than a week after numerous international wrestling stars announced their participating for an event that was the brainchild of Cody Rhodes.

Rhodes, who started a tremendous independent touring spree following his departure from the WWE, spoke to our own Raj Prashad in August about numerous things. This included his WWE exit, dream matches and that he wanted to do a 10,000-seat supershow.

As for Blanchard, you might remember her as a participant in the WWE’s Mae Young Classic. She was eliminated from the tournament in the first round by Kairi Sane. Also, she has previously done some work for the WWE in both dark matches and in NXT.

The addition of tremendous women talent to this show is important, as recently documented in a feature by Prashad here at FanBuzz.

Having debuted in only 2014, most expect Blanchard to have a meteoric rise in the professional wrestling industry.

This is yet another great get for the All In show, which is scheduled to take place on September 1. Other wrestlers who have already tweeted about being All In were the Young Bucks, Marty Scurll, Adam Page, and longtime Rhodes best bud/rival Stephen Amell.