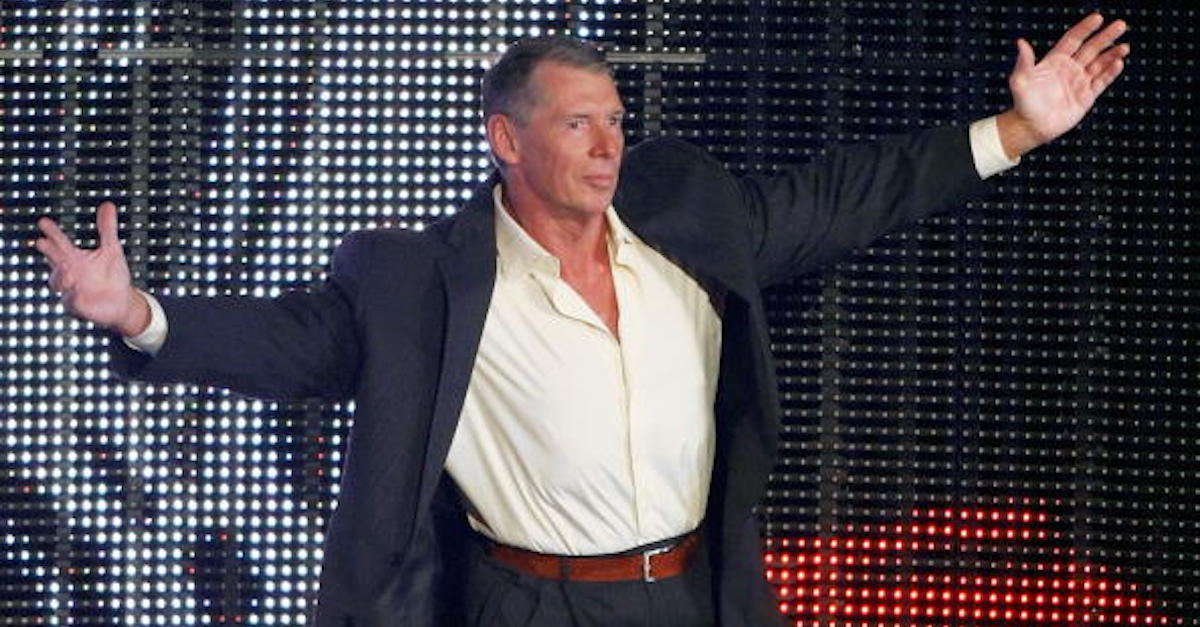 Over the past 40 years, Vince McMahon has used the sport of professional wrestling to create a billion dollar sports entertainment industry, which began by changing the World Wide Wrestling Federation to the World Wrestling Federation (WWF). With this acquisition, McMahon sacrificed his livelihood to begin the WrestleMania pay-per-view series. In order to gain more confidence in this decision, McMahon chose Hulk Hogan (real name Terry Bollea) to be the top babyface of the company, which was previously assumed by WWF wrestlers Bob Backlund and Bruno Sammartino.

Beginning in 1984, when he won the WWE Championship from the Iron Sheik in the main event inside New York City’s Madison Square Garden, Hogan established himself as the top name of the industry, calling his wrestling fans “Hulkamanics.” Despite having an incredibly charismatic gimmick, Hogan had to maintain his gigantic size, which stirred up rumors of steroid use.

In 1994, Vince McMahon and Titan Sports, Inc. faced three counts of steroid-related charges at the United States Federal Court House of the Eastern District of New York. McMahon was accused of routinely obtaining anabolic steroids to distribute to his competitors and employees at the time. Hogan was competing with the World Championship Wrestling (WCW) brand and was no longer with WWE, but was the focal point of the case along with McMahon.

Hershey, Pennsylvania urologist Dr. George Zahorian, who was initially a ringside physician for live wrestling matches in PA from 1984 to 1989, supplied names such as Hulk Hogan, Roddy Piper, and The Ultimate Warrior, among others in the WWF locker room, with steroids and drugs, even distributing packages to the WWE Headquarters in Stamford, Connecticut. Also, when the superstars could not see Zahorian personally, he would send them via Federal Express.

This illegal distribution was seized when federal prosecutor Theodore Smith began investigating Dr. Zahorian, and he was caught selling drugs to William Dunn, who was an informant cooperating with the investigators. Zahorian was indicted in 1991 and caught in his office attempting to shred documentation. Also, despite being in hot water, WWE executives Linda McMahon and Pat Patterson still allowed Zahorian to continued being affiliated with the company.

Mr. McMahon could have served up to eight years if he was convicted. However, procedural errors, along with allegations of star witness Kevin Wacholz (known in WWE as “Nailz”), led to only one count of McMahon’s charges going to the jury, for which he was acquitted. WWE’s lawyer, Jerry McDevitt, stated that former wrestlers had “axes to grind” against McMahon, and Wacholz’s firing for getting physical with McMahon in 1992 due to a dispute over money. This condition, among others highlighted by McDevitt, led to the acquittal of McMahon.

However, if McMahon was convicted, the billion-dollar industry of the WWE today may not even exist as we know it today.

READ MORE: What is Vince McMahon’s Net Worth?