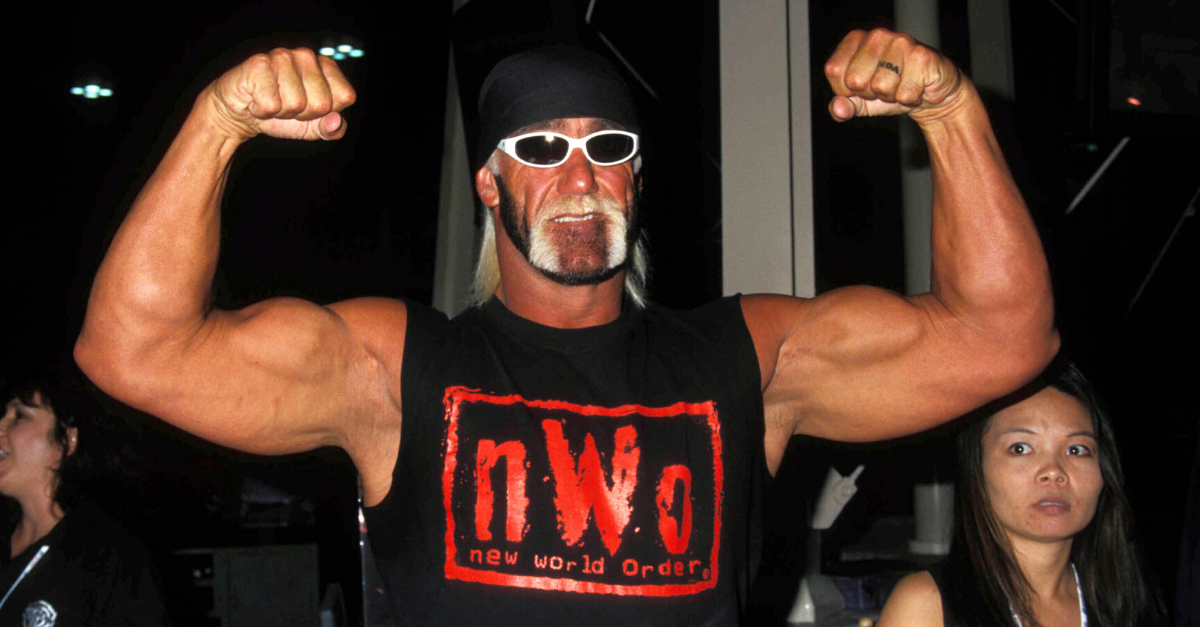 The 2020 WWE Hall of Fame ceremony is scheduled to take place on April 2, 2020 at the Amalie Arena in Tampa, Florida on the heels of WrestleMania 36.

In 1993, the Hall of Fame began in honor of Andre the Giant, who had just passed away a couple months earlier. Since then, there have been over 200 inductees, with over 20 of them being former WWE Champions.

This year, the inductees of the WWE Hall of Fame class include Batista and the nWo (“Hollywood” Hulk Hogan, Kevin Nash, Scott Hall, X-Pac). This will be Batista’s first Hall of Fame induction, while every member inducted from the nWo will go in for a second time (Hogan, Hall, and Nash individually, and Sean Waltman with D-Generation X).

Typically, the template for Hall of Fame inductions include a main event star, a tag team or group, a mid-card talent, a minority, a female, and a posthumous. Based on this template, here is my predictions for wrestlers who should be inducted in the 2020 Hall of Fame class outside of Batista and the New World Order.

Christian made his WWE debut in 1998 as a heel, distracting Edge in the opening match of the In Your House: Breakdown. Christian would join Gangrel against Edge. However, Gangrel would win over the interest of Edge, which originated The Brood stable. Once Christian and Edge left Gangrel, the two remained a successful tag team in the early 2000s. The duo continued to rise in popularity following their series of TLC matches against The Dudley Boyz and the Hardy Boyz.

Christian broke away from Edge in 2001, briefly turning face with Edge, but shortly turning heel to officially break-up the group following Edge starting to experience singles success. At Unforgiven 2001, he defeated Edge for the Intercontinental Championship, which was his second singles title after winning the Light Heavyweight Championship in his WWF debut match in 1998. Christian was a part of several mid-card feuds during his singles career, winning the IC title a total of four times and having notable feuds against Booker T and RVD.

Christian had his first taste as WWE World Heavyweight Champion at the 2011 Extreme Rules PPV, defeating Alberto Del Rio in a Ladder Match for the vacant title follow Edge being forced to relinquish it due to being forced to medically retire. Christian did not even retain the title for a week, losing it to Randy Orton on the following episode of SmackDown. He was able to become World Heavyweight Champion for a second time by defeating Orton at Money in the Bank in 2011, but only retained it for a month before losing it back to Orton at SummerSlam.

Christian’s last match was in 2014 on the March 24 episode of Raw, defeating Alberto Del Rio, Sheamus, and Dolph Ziggler to become No. 1 contender for the Intercontinental Championship.

Unfortunately, due to concussions, Christian has not returned to the ring since. He can now be seen as a regular on the WWE Backstage show on FS1, as well as on the panel during the kickoff show preceding pay-per-view events. Many feel that Christian is one of the most underrated superstars in WWE over the past two decades, competing against names such as Goldberg, John Cena, and The Rock.

The late Leon White, better known as Vader, was undoubtedly one of the most agile big men in professional wrestling history, and is certainly deserving of a WWE Hall of Fame induction. While he was known by many during his time in WWF and WCW, Vader was also heavily involved in the AWA promotion, the Germany-based CWA promotion, and one of the most menacing figures in New Japan Pro Wrestling.

In fact, Vader became CWA World Champion, as well as IWGP World Heavyweight Champion, even holding both title at the same time for a brief moment in January 1991.

His success in Germany and Japan led to a WCW debut in 1990. In June 1992, he defeated Sting to win the WCW World Championship before losing to Ron Simmons three weeks later. He regained the title for the second time against Simmons before losing it to Sting and regaining it a week later. Ric Flair defeated Vader at Starrcade 1993 to win the title, ended his last run as WCW Champion. The next year, at Starrcade, he defeated Jim Duggan to win the United States Championship.

He made his WWF debut at the 1996 Royal Rumble, eliminating four people before being eliminated by Shawn Michaels. Despite having multiple title opportunities, Vader was never able to win the WWE Championship. In fact, Vader had Intercontinental and European Championship opportunities, but was never to win a singles title in the WWE.

Despite this, Vader carved out of legendary career, and should be a shoo-in Hall of Famer. In 2018, Vader died at the age of 63, wrestling his last match in 2017.

Victoria (Lisa Marie Varon) made a very strong impression in the WWE when she made her television debut. In fact, the same year as her television debut, she became the Women’s Champion by defeating Trish Stratus at the Survivor Series pay-per-view. She retained the title until WrestleMania before losing the championship to Trish Stratus in a triple-threat match, which also included Jazz. She regained the title on the February 23, 2004 episode of Raw, defeating Molly Holly in a Fatal Four-Way match, which also included Jazz and Lita.

Although Victoria was used in various roles in WWE after her second (and last) Women’s Championship reign, including aligning with Torrie Wilson to side with Vince McMahon, she was always viewed as one of the top stars in the company. Although unsuccessful, her status in the women’s division allowed for more opportunities to win the title before departing from the company in 2009.

The 49-year-old Varon announced that she would retire from the ring in 2019, competing in her last match in September.

Known as the “Ugandan Giant,” Kamala was a feared heel in the WWE with his intimidating African mask and face paint. During his WWF career, Kamala was in marquee feuds with Hulk Hogan and The Undertaker, as well as a WWE Championship opportunity against Bret Hart.

Kamala had a brief run in WCW as a member of the Dungeon of Doom faction before competing in the independent circuit. He retired from pro wrestling in 2010 at the age of 60. Unfortunately, due to complications of diabetes and high blood pressure, Kamala was force to have his legs amputated ? one in 2011 and the other in 2012. He has also been dealing with major health issues over the past few years, even being put on life support in 2017.

Being a major threat during his time in WWE, WCW, WCCW, USWA, and MSW, among other promotions, Kamala carved out a pro wrestling career deserving of Hall of Fame induction. With his intimidating character, Kamala was able to boost the careers of several babyface stars throughout his time in the ring.