Is Bayley’s Heel Turn Bad for the WWE Women’s Division? 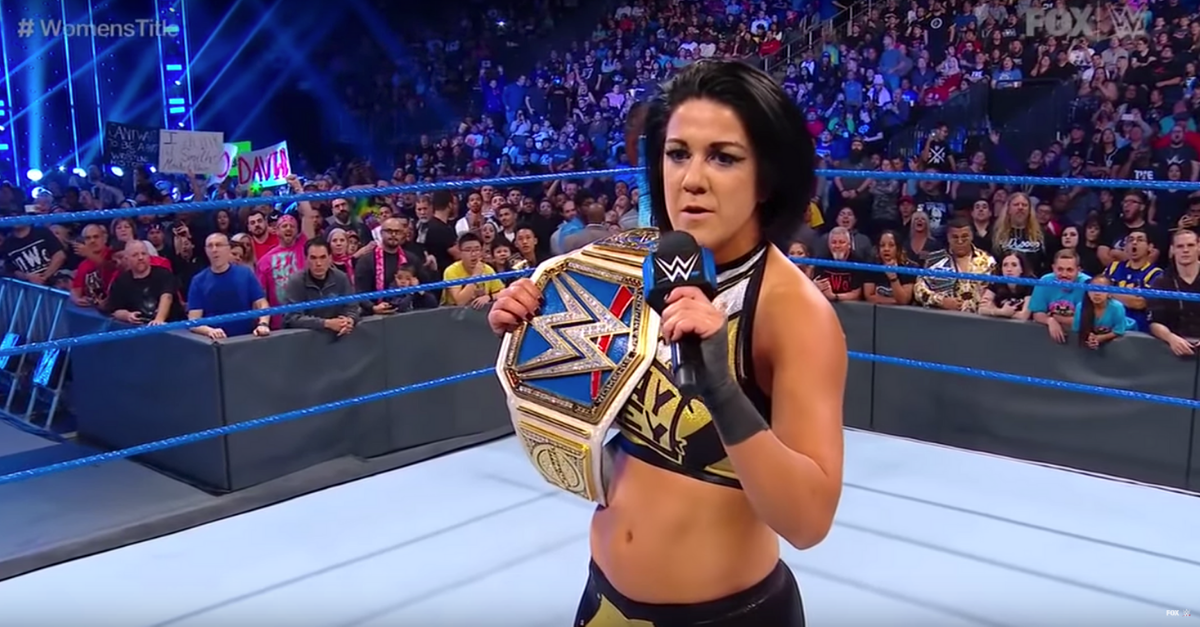 While in NXT, Bayley was undoubtedly one of the best babyfaces in the business. With feuds against names such as Sasha Banks, Becky Lynch, Asuka, and Nia Jax, Bayley continued being a top name for the black and yellow brand, leaving many wondering why she was not already called up to the WWE main roster. However, as the women’s evolution continued to grow, her presence on the WWE Raw and SmackDown Live brands was obviously needed.

While she found success winning the Raw Women’s Championship six months into her call-up by defeating Charlotte Flair, and retained it at WrestleMania 33 in a four-way match including fellow WWE superstars Nia Jax, Charlotte Flair, and Sasha Banks. Bayley kept the title for over two months before losing it to Alexa Bliss at the Payback pay-per-view. Following this loss, Bayley was not strongly booked at the top of the women’s roster, but typically traded wins and losses in high-profile matches.

Bayley finally was able to revive her main event status by winning the Money in the Bank PPV in 2019. That same night, Bayley cashed in her MITB case against Charlotte Flair, winning the WWE SmackDown Women’s Championship for the first time — This was after a short reign as the inaugural WWE Women’s Tag Team Champions with Sasha Banks. However, this reign ended at WrestleMania 35, as the team lost to The IIconics. This match also included Nia Jax & Tamina and The Divas of Doom duo of Beth Phoenix & Natalya.

Bayley, while she was a babyface, stated in previous podcast interviews that she was reluctant to turn heel in the past. However, seeing how she was starting to get booed as simply being a babyface, she officially turned heel for the first time on the September 3 episode of Raw, aligning with Banks in attacking Becky Lynch. This left suspense to where Bayley was going from there, which drew interest to the upcoming episode. However, there was not much different about Bayley until just a few weeks ago.

On the October 11 episode of SmackDown, Bayley finally showed a major transformation, sporting a haircut, ditching the ponytail, and using a pick to destroy the “Bayley Buddies” tube men. This also was the night that she defeated Charlotte to regain the SmackDown Women’s Championship. Since holding the title for the past month, Bayley has only defended it once on television, successfully defeating Nikki Cross on the November 1 episode of Friday Night SmackDown on FOX while most of the roster was stuck at the location of Crown Jewel in Saudi Arabia.

Is Bayley’s Heel Turn Working in the Women’s Division?

Since Bayley is exclusive to SmackDown following the WWE Draft, she is supposed to portray the biggest heel of the brand. However, there is still a missing element in fully being sold of Bayley in the heel role. It is clear that Bayley is doing her best to try to make it work, stemming from her promos after winning the title, but the weird transition from actually turning heel to her transformation in character and new look seemed to have hurt her momentum.

Currently, Bayley is scheduled to compete at Survivor Series against Raw Women’s Champion Becky Lynch and WWE NXT Women’s Champion Shayna Baszler. There is no title on the line, so she will at least still have the SmackDown Women’s Title following the match, win or lose. In order for Bayley’s heel turn to mean something, WWE must build strong babyfaces to commence a good feud.

Flew all the way from France today to destroy the division that @SashaBanksWWE and I built.

The SmackDown Women’s roster currently has contenders including Carmella, Dana Brooke, Lacey Evans, Mandy Rose, Sonya Deville, Alexa Bliss, and Tamina, as well as Ember Moon who is injured. Unfortunately, for the San Jose native, the shortage of strong babyface wrestlers on the blue brand creates a difficult path to really shining as a heel.

With stars such as Roman Reigns, “The Fiend” Bray Wyatt, Braun Strowman, Daniel Bryan, and The Miz heavily featured, the former “hugger” is at a disadvantage in really having an opportunity for people to focus on her becoming a strong heel on SmackDown.