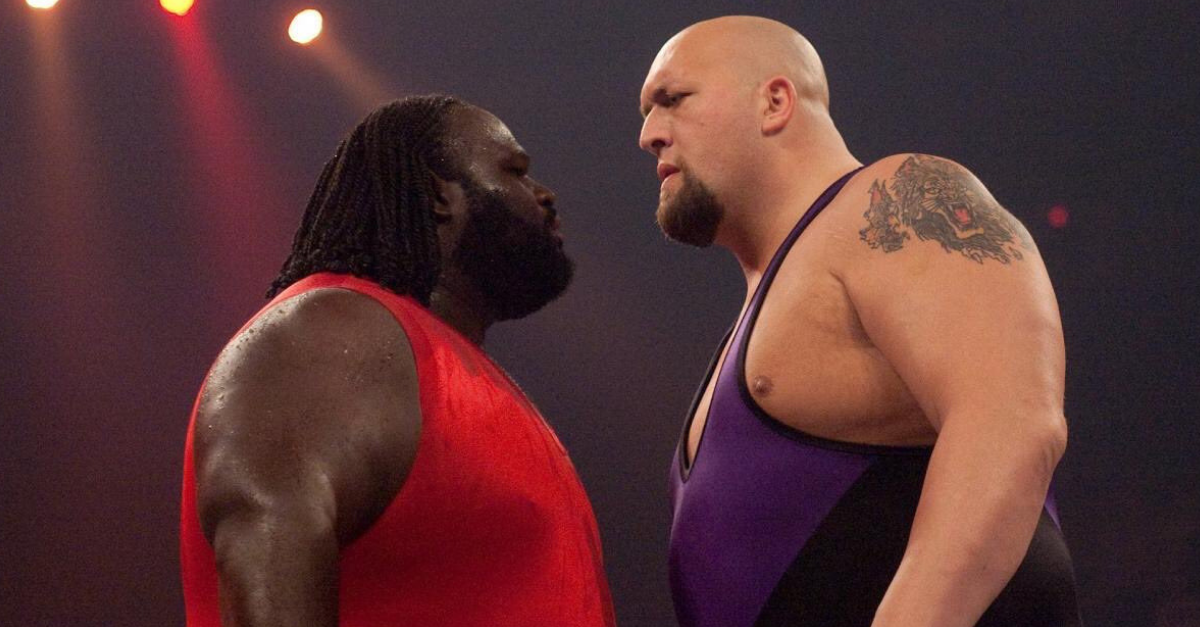 “The Big Show” Paul Wight is one of the most accomplished wrestlers in the history of the business. Debuting as a wrestler at only 22 years old, Big Show — known in World Championship Wrestling as The Giant — was immediately placed in a top spot in WCW, feuding against Hulk Hogan and being billed as the son of the legendary WWE Hall of Famer Andre the Giant. This feud kept him as a top name for the company, and he would win the WCW World Heavyweight Championship just months after his debut in controversial fashion. However, The Giant would win the World Championship again, as well as multiple reigns as tag team champion.

As just 27, Wight made his WWE debut, assisting Vince McMahon in a cage match against “Stone Cold” Steve Austin at the 1999 St. Valentine’s Day Massacre event. Just like his start with WCW, Wight would win the WWE Championship within a year of his debut, pinning Triple H to win the title at Survivor Series. Since then, Big Show has acquired multiple reigns as world champion and tag team champion, as well as Intercontinental Champion and United States Champion.

With his career approaching 25 years, the 46-year-old professional wrestling star is strongly weighing his options to retire from the business as an in-ring worker. During a recent interview with TMZ, Wight shared his thoughts on when he is projecting his retirement.

“I signed a new deal last year. I gotta couple of years left. I’m having fun.”

Throughout his career, WWE’s Big Show has been notorious for constantly shifting from babyface to heel, which has been a detriment of him remaining stable as a character. Just recently, Big Show was a babyface during his feud with Braun Strowman, but was injured and had to take some time off.

When he returned to pro wrestling from injury, he became a heel, aligning with Sheamus and Cesaro. However, he has seemingly turned babyface once again, as he performed a KO punch on Cesaro after a backstage altercation.