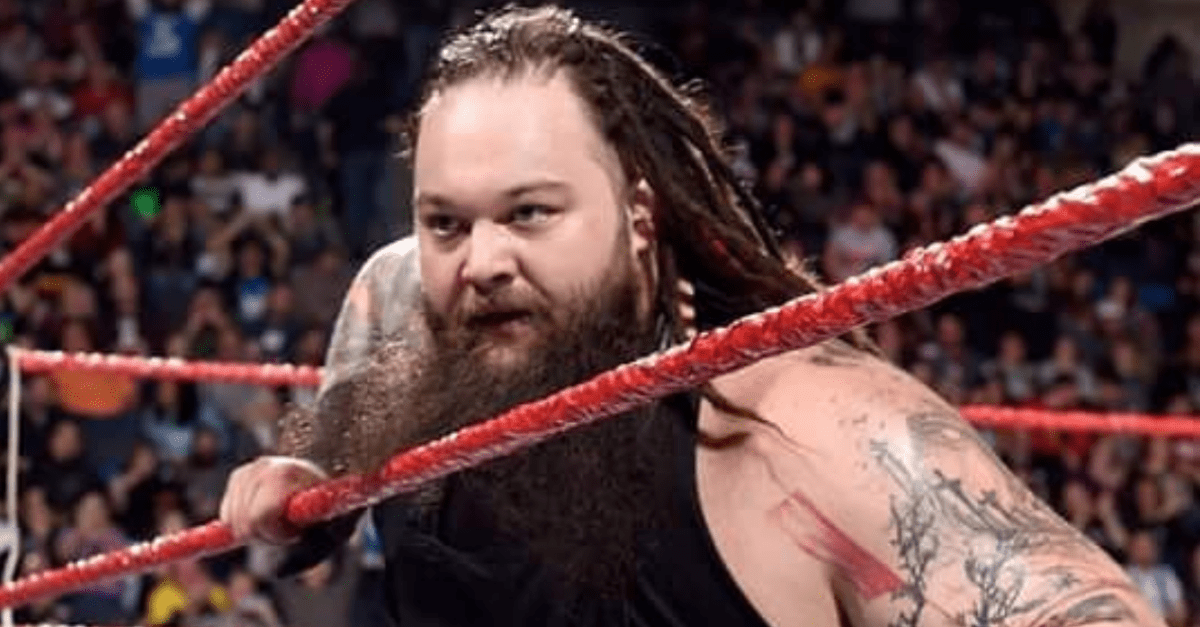 Bray Wyatt has been doing quite a bit of soul-searching in 2018. After being a villain for his time on the WWE main roster, Wyatt had a change of heart at WrestleMania 34 in New Orleans, when, after a grueling feud, he assisted Matt Hardy in winning the Andre the Giant Memorial Battle Royal. Following that, Hardy and Wyatt dominated the tag team division for a short time, including winning the WWE Raw Tag Team Championships just three weeks after forming a tag team.

Although Hardy and Wyatt, who became known as the Deleters of Worlds, took over the WWE Raw tag team division, they began to drop down the rankings after being defeated by the “B-Team” duo of Curtis Axel and Bo Dallas. When the steam faded from the Deleters of Worlds tag team, and Matt Hardy teased walking away from the ring for good, Wyatt has been sitting on the sidelines with no direction for his character.

Now, Wyatt is resurfacing on social media, and has recently posted a series of cryptic tweets to indicate of change of character. After completely deleting his history of tweets, Wyatt posted, “I am yesterday, the dawn (the present) and tomorrow (the future): I organize the rebirth of souls, of all nature and her mysteries.” He then recanted what he has been stating throughout most of his main roster tenure.

“I?m not a God, I never was. I?m sorry I said it, I was wrong. I know the true God now and all his power. I feel that I am forgiven for all the wickedness I have caused. My soul is clean now. My mind is clear. I see what I did wrong, what was done to me. They took it all.”

Following this drastic change in direction, he went even further by posting more abstruse tweets, “saying goodbye” to his brothers and sisters.

“I have so many things to fix. I realize that I was sick. My mind doesn?t work like other people?s, it gets lost and attached to ideals that are unrealistic and poisonous. My next journey will be to find my true calling. This is goodbye.

“To all that have loved and supported us we say thank you. And ask that you have faith in us. I was put on this Earth to fix it, to change it. And I will not die until this is so. Goodbye my brothers and sisters. The journey is far from over.”

All of this looks to head toward a new character for the former WWE Champion, and even a rumored return as early as next week. Wyatt did make his return at the Starrcade event at the end of November. However, he has yet to appear on WWE television since August 13 when he lost in a tag team match with Hardy against the B-Team.