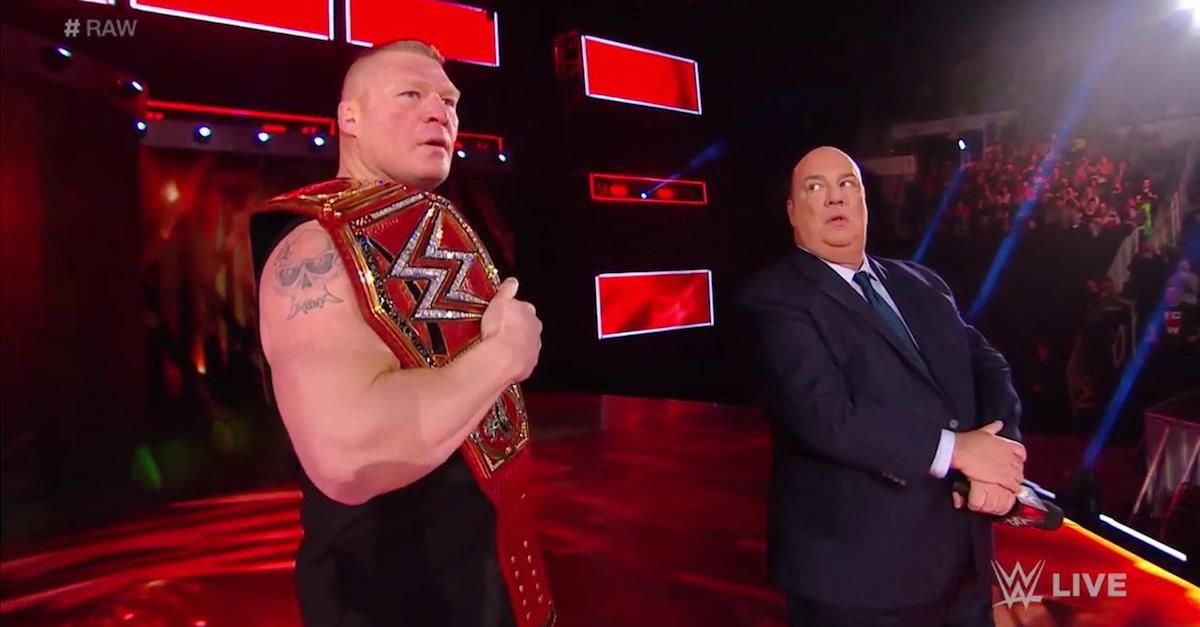 Brock Lesnar will officially defend his WWE Universal Championship at the 2018 Royal Rumble.

On Monday night, Raw general manager Kurt Angle announced after the prior week’s double countout, Lesnar will defend his Universal title against Braun Strowman and Kane in a triple-threat match.

Early reports emerged on the story, and this comes after the original plan for the Rumble had been Lesnar vs. Finn Balor. Vince McMahon reportedly changed his mind after determining that Balor wasn’t over (ie: popular) enough for a match against Lesnar.

The report on Balor not being over enough for the match is an intriguing paradox, as both Meltzer and his co-host Bryan Alvarez noted that WWE hasn’t even been using Balor correctly if they wanted him to be more popular with the fans. Recently Balor has been in pointless feuds with Elias Samson and Bray Wyatt, and the company even had him get destroyed by Kane in a match on Monday Night RAW about a month ago.