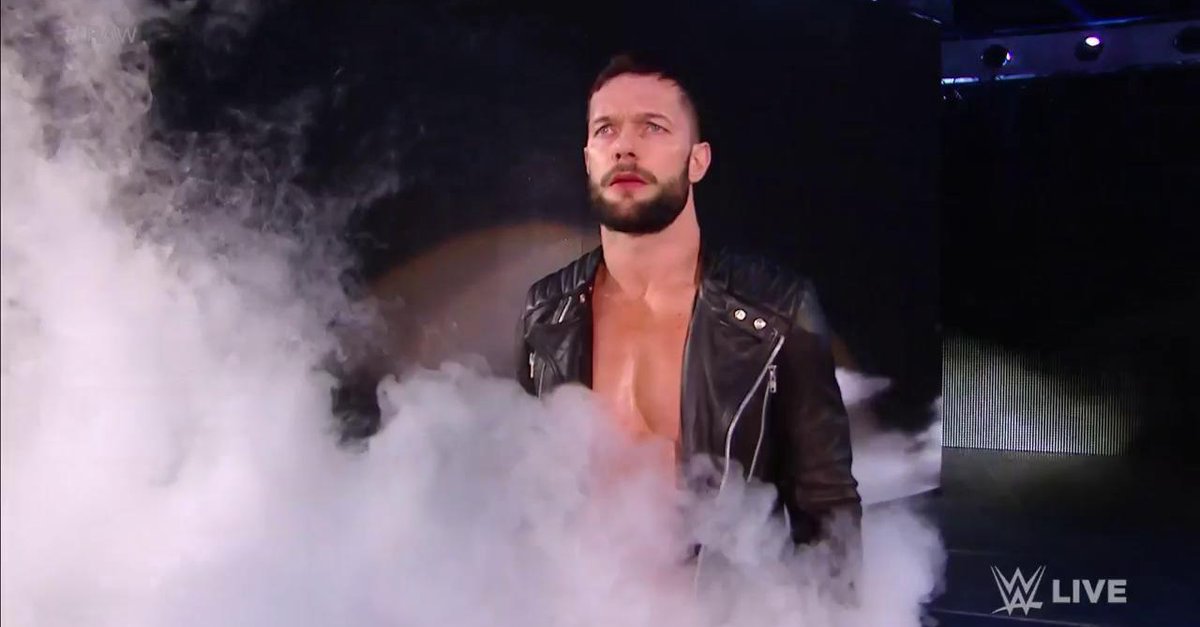 After the Jordan match, we see Kane stay on Jason Jordan further injuring him and Finn Balor comes out because sure? Anyway, we see the two go at it but the match ends rather quickly as we get another crappy finish. This time it’s Kane taking out Finn Balor and then Braun Strowman comes out and exacts his revenge on Kane.

I just want it to be known that I will walk with Elias.

Before the match, Elias along the Miztourage entertained the crowd with some of the best harmonica-guitar music since Johnny Cash. When it comes to the match, it was actually really good!

Like, this is some of the best Elias offense that I may have ever since he’s come to the main roster. I mean Elias did a sit-out powerbomb!

That Elias Sit-Out Powerbomb on Roman had me like: pic.twitter.com/uxtu1kuilv

Roman would end up winning the match but Elias, in his big match against Roman Reigns acquitted himself very well. As for Roman, it was good to see him get tested early and his first defense was very good. So good that it got a legend to chime in.

Roman went over…Elias got over.

After the match, Samoa Joe came out of nowhere to put Roman in the Coquina Clutch, I’m all in for a Samoa Joe-Roman Reigns IC feud.

What happens when you get arguably the two best athletes on the Raw roster? A three-segment match!!

With Sheamus in Ireland and Dean Ambrose on his honeymoon (like after 53,947 months of being married), we see Cesaro and Seth Rollins got at it. The action was great for all three segments and included moves like this.

Seth Rollins would end up getting the pinfall and winning the match and later on in the night it was set up for next week in Los Angeles, The Shield vs. The Bar for the Tag Team Titles.

It’s happening guys, we’re getting Broken Matt Hardy. In the leadup to his match with Bray Wyatt, Michael Cole was talking about the struggles of Matt Hardy (losing Jeff to injury, losses in the ring) and as you would guess it, Matt Hardy loses again. This time we see that he’s finally…Broken!!—I mean, we’re getting WOKEN Matt Hardy and I can’t wait.

The Seven Deities have not left @MATTHARDYBRAND's vessel… and their wonderful symphony is only getting louder. #DELETE pic.twitter.com/RJeQGX1B61

After taking out Sasha Banks, Bayley, Mickie James and Alexa Bliss last Monday a match is set up with Paige and her group, “Absolution” (I hate this name so I’m gonna call them the Paigevasion). Against Sasha, Mickie, and Bayley, after we see Banks come out we hear the music of both Mickie James and Bayley but none of them come out, Paige along with her crew comes out and attack Sasha.

Later on the night, we see the same situation with Asuka but they don’t attack Asuka as the Empress walks away without being attacked. Hmmmmmm