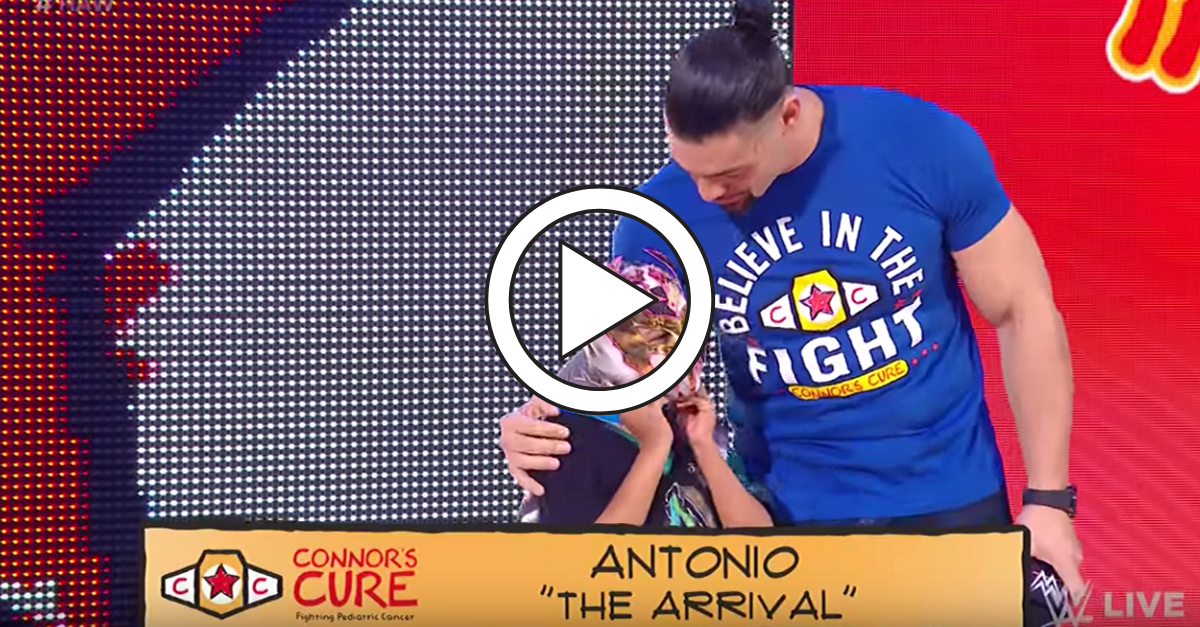 Last fall during an episode of Monday Night Raw, WWE star Roman Reigns gave up the Universal Championship after revealing his cancer had returned. It was 11 years prior when The Big Dog was first diagnosed with leukemia shortly after signing with the NFL’s Minnesota Vikings. His recent battle, though, furthered Reigns as one of the more beloved professional wrestlers in the WWE Universe.

Reigns, whose real name is Leati Joseph Anoa’i, returned to WWE several months later after his cancer entered remission. Since then, Reigns defeated Drew McIntyre at WrestleMania 35, was heralded as “SmackDown’s greatest ever acquisition” during the 2019 WWE Superstar Shake-up, and has feuded with the likes of Shane McMahon, Daniel Bryan and, most recently, Erick Rowan and Luke Harper at Clash of Champions.

Outside the ring, however, Reigns is one of the company’s most-vocal supporters of cancer initiatives around the country. And during the Sept. 9, 2019 episode of Raw at Madison Square Garden in New York, Reigns took the stage alongside some incredible new WWE talent.

“When I made my return, it was all that love and strength to change my perspective and change my goals. You see, it was always about that ring, but there’s more to this. There’s more to this platform. And for me, I said it [when announcing cancer return] is that I wanted to use this platform to raise awareness. I wanted to be able to use the power to pay it forward, and create that momentum for others like you did for me.”

Spearheaded by Stephanie McMahon and Paul “Triple H” Levesque, WWE created Connor’s Cure in honor of 8-year-old WWE fan Connor Michalek, who lost his battle with medulloblastoma in 2014. In partnership with The V Foundation for Cancer Research, the fund has raised nearly $3 million to support cancer research done at UPMC’s Children’s Hospital of Pittsburgh.

Throughout the month of September, WWE launches a promotional takeover to raise awareness in fighting pediatric cancer with all kinds of incredible moments, like the one WWE fans saw from cancer survivor Roman Reigns.

The V Foundation and @WWE are teaming up to fight pediatric cancer.

Keep an eye out on WWE superstars all month long, as the company will be showcasing the fight against cancer and fundraising efforts all over the world.