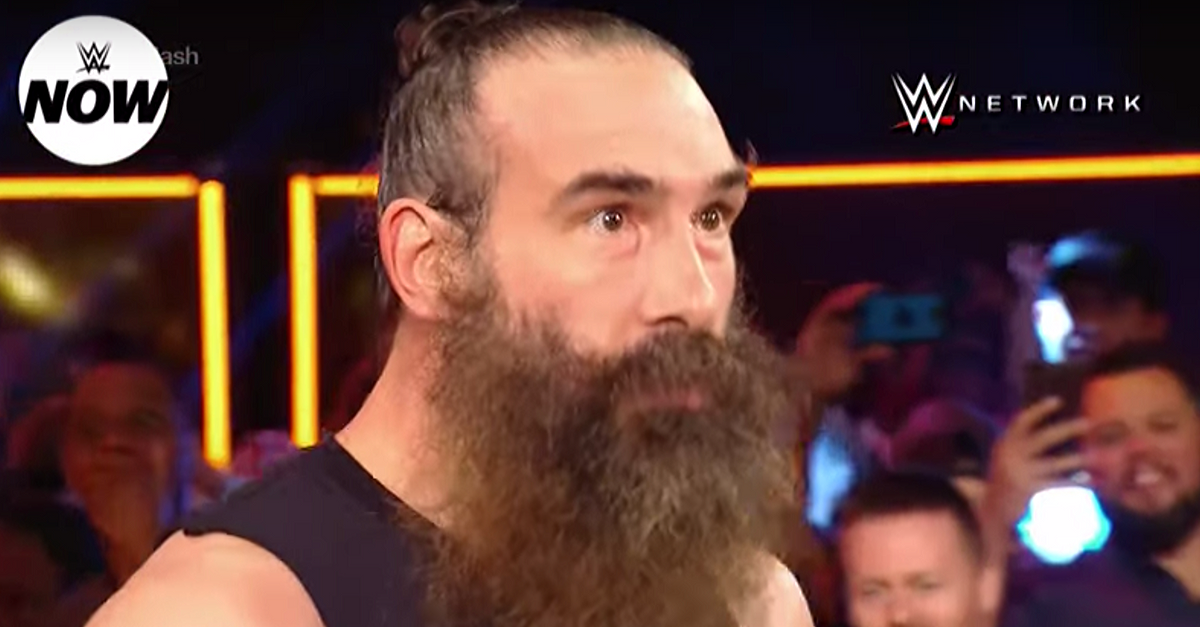 The WWE Clash of Champions 2019 pay-per-view was held at the Spectrum Center in Charlotte, North Carolina. This, unlike most other PPVs, is annually marketed as the only major WWE event where every title is on the line.

Here is a live reaction of every match while I was watching the show unfold.

Braun Strowman is clearly the most over person in this match. I am not a big fan of resorting to heel turns just because someone is not as over as they once were (that is usually an admission to poor character development, instead of actually spending the time developing the character with riveting storylines), but something needs to be done with Rollins. There is a disconnect with me, and he is receiving boos from the crowd.

The fans do not look very interested in this match, probably because of the makeshift team of Roode and Ziggler. This match just seems way too predictable, as Roode and Ziggler need to do more as a team to prove their legitimacy, especially since both of them have been booked so poorly (certainly Ziggler).

There were reports that Paul Heyman wanted to push Roode more in some capacity, and I guess those reports are true. It is not a surprise that WWE wanted to get the belts off of Strowman and Rollins, as it seemingly was simply done for storyline, but it is surprising to put them on Ziggler and Roode. Honestly, I do not see that team helping the division, as it has been struggling a lot lately.

BACKSTAGE: Becky Lynch is getting a lot of boos now from the Charlotte crowd (who typically is not a smarky crowd) – and she is the babyface. Again, lack of character development. Just think: a year ago, she was the hottest name in WWE. As much as people want to argue that Ronda Rousey’s presence is what catapulted the women’s division to main event status, just look at the division for the past five months since Rousey left after WrestleMania.

It seems as if WWE turned Charlotte babyface because she was competing in “Flair Country.” In my opinion, Charlotte should remain heel. Bayley pulling a fast one to score the win is a clever move, and I hope this means that Charlotte will be out of the title picture for a while. WWE still needs to do a much better job making Bayley a heel, though.

The New Day vs. The Revival

The New Day still remains as a solid babyface team. Still very easy to get behind them, as their character as a team is still magnetic. This match is confusing to me as far as the roster split, but hopefully we see more clarity with the FOX move.

Yikes! That bump to the floor really looked like it hurt Big E badly, and it appears that the apron was supposed to break his fall. Nice Shatter Machine from the outside. Big E is taking a lot of bumps tonight. Mild “this is awesome” chant that quickly died down.

Well, The Revival won. Looks like this may be a foreshadowing of them further pushing their allegiance with Randy Orton.

That mashup theme for Deville and Rose is horrible! If Alexa Bliss and Nikki Cross are supposed to be the clear-cut babyfaces in this match, WWE has failed to make this clear, which is not a surprise. Nikki Cross is getting a bunch of cheers, though, so I suppose that suffices.

The R-Truth insertion in the match was funny, and a cool addition to the match to draw more interest, especially since Bliss tried to pin him in the middle of the match. That was hilarious. I actually thought that Deville and Rose were going to take it, but not so.

I still feel a Bliss full heel turn coming, which may be the reason why they are keeping the tag titles on them.

Shinsuke Nakamura vs. The Miz

This match on paper seems like it is going to be good. Haha! They are having Sami Zayn pull an Abraham Washington and Lio Rush by doing live commentary. That’s hilarious and a great way to get heat. They cut his mic, good call. Did not want to hear that the whole match, as he built enough heat. Hopefully though, his heat does not drown the purpose, which is to give Shinsuke more heat.

Regardless, Shinsuke needs to turn babyface quickly, he’s been a heel for nearly a year and a half, and it has been very lackluster. He’s a natural babyface. Solid match so far, as expected. Not surprised that Shinsuke kept the title, especially with Zayn helping out.

Good heel character development by Sasha Banks that reminds me of her NXT days, acting bossy. There is a really good series of counters in the match. Crowd is heavy into the match, and rightfully so, because it has been the best one of the night so far.

Odd finish. Becky Lynch gets the disqualification, as she used heelish moves and mannerisms at the end of the match. Again, odd finish, but it is obvious that somehow WWE wanted to keep this feud going.

This “The Man” character for Lynch needs some major revisiting because she is not booked as an underdog anymore who is being defiant to the proverbial “system.” For nearly six months, she has been the top superstar in the women’s roster, which makes the gimmick more difficult to buy into.

It’s amazing how fans can cheer Kofi more than anyone six months ago, but then boo him for being the exact same character as he was then. This is a huge problem in today’s professional wrestling. If I picked up watching after taking years away, it would be hard for me to know who the faces and heels are based on the fan reaction. That greatly hurts the actual wrestlers simply doing their job.

Very surprised that Kofi picked up the win! Good match, but it does not seem like that crowd was much into it. Interesting to see where they take his title win from here, but it has to be with a very strong heel. This also leaves some questions regarding what the WWE title match will be at the next pay-per-view, especially since he beat Orton cleanly.

I like Rowan’s music, but it seems clear that he will still play second fiddle to Daniel Bryan eventually. WWE needs to develop strong, big heels to help babyfaces, so building him would be good. He should have picked up some solid mid-card wins before feuding with Reigns as the one who tried to take him out. Bryan getting upset with him makes it even weirder. Still have no clue why this had to be on the pay-per-view, though.

Okay, so Luke Harper is back, again with Rowan. Bludgeon Brothers 2.0. Why would you put them back together, and they were booked terribly before? Harper got the return pop, which does not help Reigns as a babyface. Hopefully, Reigns finds a worthy tag team partner (perhaps The Undertaker?) to do a tag team match. Otherwise, no one wants to see yet another incarnation of Rowan and Harper.

Strowman is playing more of the babyface roll here, which is making him look stronger. Additionally, he kicked out after three stomps, which makes him booked stronger than Lesnar. Surprised that WWE is picking Rollins to beat Lesnar (twice) and Strowman cleanly, which I do not think he has a strong enough character to accomplish. People are obviously losing interest in Universal Champion Seth Rollins, especially in this match, because Strowman has been notorious with coming close to winning in big title matches.

Not surprised to see Bray Wyatt came out as The Fiend, but he should have done that in the match, instead of making Strowman lose cleanly.

Also, WWE is not doing a good job booking Wyatt as a heel, because fans are enjoying the freshness of a different character. This will also most likely hurt Rollins in the rumored championship match at Hell in a Cell, since people are siding with Wyatt more and more.