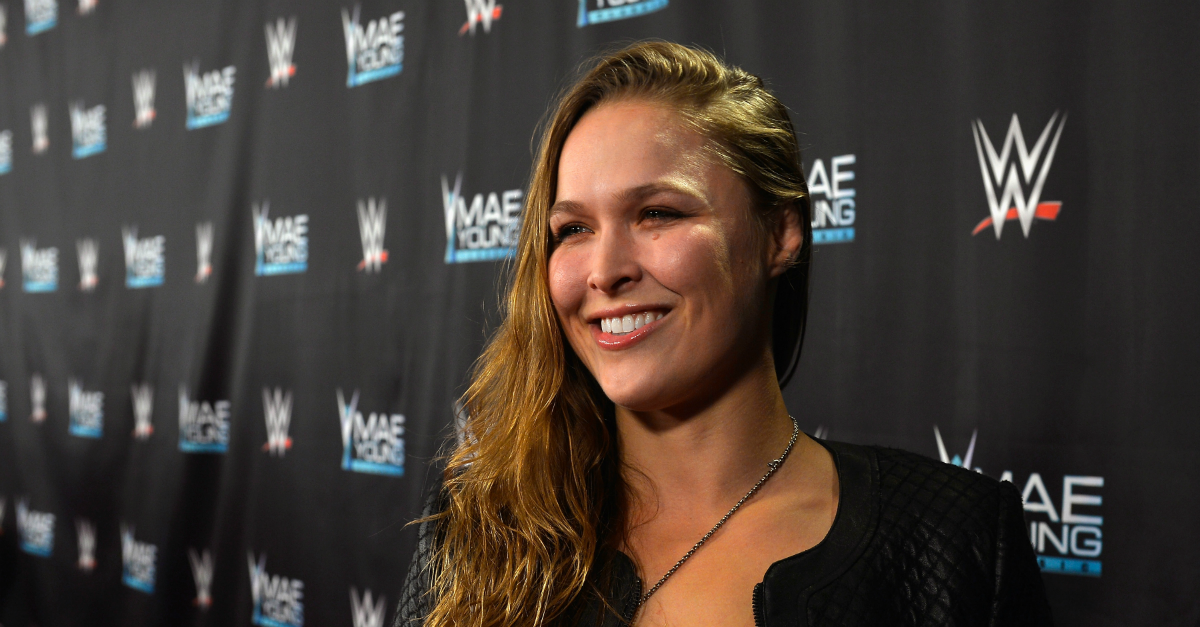 This year, WWE made history at WrestleMania 35, as fans witnessed the first-ever women’s main event match. Becky Lynch, the Royal Rumble winner, competed against the Raw Women’s Champion Ronda Rousey and SmackDown Women’s Champion Charlotte Flair in a winner-take-all, triple threat match. The conclusion of the match resulted in Lynch giving Rousey her first pinfall loss and becoming champion of both brands. This win was the culmination of Lynch creating a groundswell movement, which started at SummerSlam, after being fed up with being overlooked.

Since WrestleMania 35, Rousey has left the WWE for the purpose of committing more time with her husband, UFC star Travis Browne. Rousey even made it clear that she is planning on having a child with her husband during her time away from WWE.

During a recent conference call, Vince McMahon made it clear that Rousey one of the biggest contributions to the WWE Women’s Revolution reaching WrestleMania main event status (h/t Fightful).

“Ronda has done extraordinary job for us. Her challenge was to bring the entire women’s division up and, that was our main event at this year’s WrestleMania ? involving Ronda. So Ronda’s task that she chose, and of course it’s great for us is to build that whole division, have more visibility on that division, and to make stars. To make stars that you have stories where even after Ronda leaves. So when you look at what happened in WrestleMania, with Becky Lynch ? and Charlotte and others, the entire division. The focal point and the stories that are coming out of that ? Ronda did an awesome job.”

Rousey’s WWE future may be uncertain, but her impact on the company and women’s division is impossible to overstate.