The Undertaker’s Net Worth: The Deadman’s Rise to Riches 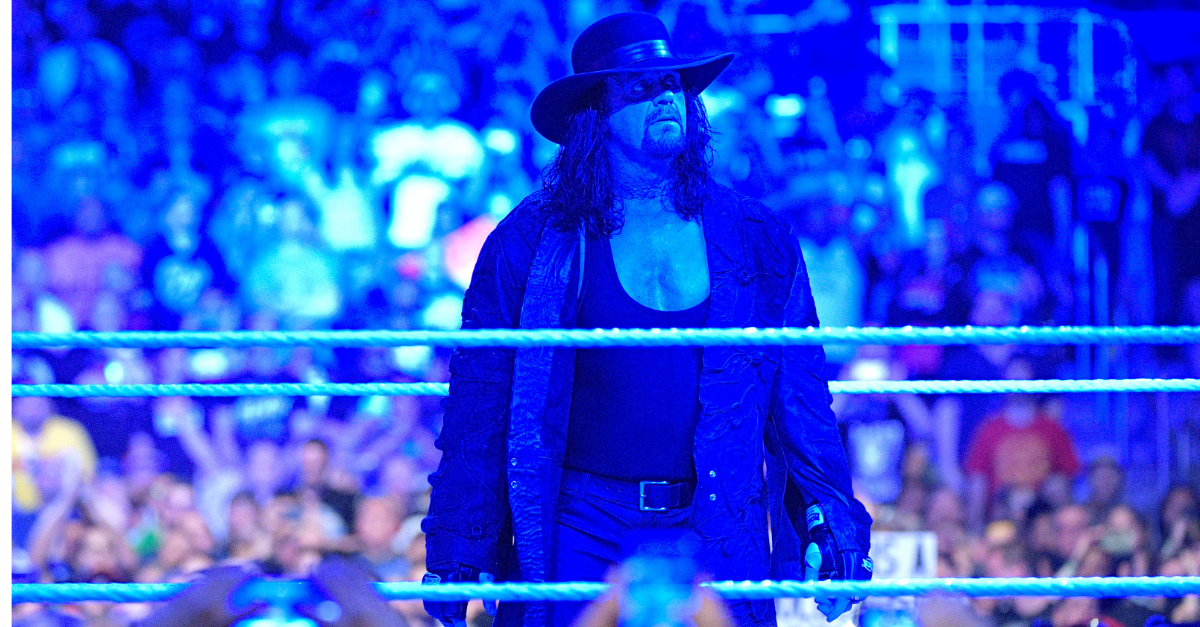 Mark William Calaway, better known in WWE as The Undertaker, is undoubtedly one of the greatest gimmicks in pro wrestling history. The son of Frank Compton Calaway and Betty Catherine Truby, The Undertaker used his size to play basketball, being successful at Waltrip High School in Houston and in college at Texas Wesleyan University.

Throughout his career, which has lasted over 30 years, The Undertaker has used his loyalty and allegiance to Vince McMahon and WWE to build a phenomenal resume, which includes four reigns with the WWF/E Championship, a three-time world heavyweight champion, six reigns as WWE Tag Team Champion, one reign as WCW Tag Team Champion, as well as a Royal Rumble match victory.

All of those victories have equaled quite the big bank account.

Calaway, a Houston, Texas, native, started his career as a pro wrestler competing for the World Class Championship Wrestling (WCCW) as Texas Red in 1987. In 1989, Calaway went to the United States Wrestling Association as the Master of Pain, winning the USWA Unified World Heavyweight Championship just a couple of months after his debut by defeating Jerry Lawler (who he would also feud with in the Continental Wrestling Association). He was also competing in as The Punisher under a mask, winning the USWA Texas Heavyweight Championship.

While competing for USWA, Calaway caught the interest of the National Wrestling Alliance, and debuted as Mean Mark in 1990. He started his NWA career teaming with Danny Spivey as The Skyscrapers, managed by Teddy Long.

When the Skyscrapers split, Calaway competed in singles action, managed by Paul E. Dangerously (Paul Heyman), but was unsuccessful in championship opportunities. During this time, he also competed in New Japan Pro Wrestling, even teaming with Scott Hall in an unsuccessful attempt at the IWGP Tag Team Championships.

Although failing to reach consistent main event status as Mean Mark Callous while in World Championship Wrestling, Vince McMahon saw something in him to not only sign him to WWF, but also completely change his character.

The Phenom Is Born

At Survivor Series 1990, Calaway made his pay-per-view debut as Kane The Undertaker, being introduced by Ted DiBiase and managed by Brother Love.

Before Survivor Series, he had a successful appearance on Superstars, as well as Wrestling Challenge. Just a year later at Survivor Series 1991, Undertaker (who shortly dropped the “Kane” name early in his WWE career) defeated Hulk Hogan to become WWE Champion. This meteoric push made The Undertaker one of the fastest wrestlers to win the title after their debut in WWE history.

Other than being a seven-time world champion in WWE, The Deadman become known for his incomparable WrestleMania winning streak, having an undefeated record in 21 matches between 1991 and 2013.

Several current WWE Hall of Famers and multi-time world champions fell victim to “The Streak,” including Ric Flair, Shawn Michaels, Mark Henry, Randy Orton, and Triple H. His streak was ended at WrestleMania 30 against Brock Lesnar, and he suffered a second loss at WrestleMania 33 against Roman Reigns.

His most recent WrestleMania appearance was a victory in 2018 against John Cena in New Orleans, Louisiana.

The Undertaker’s Net Worth

Since his pro wrestling debut in 1987, The Undertaker has cemented himself in becoming the best gimmicks in professional wrestling history. Even to this day, Undertaker is still an integral part of the WWE, competing at Super ShowDown against Goldberg and teaming with Roman Reigns at Extreme Rules against Shane McMahon and Drew McIntyre.

As a result of his success as a professional wrestler, as well as a movie appearance in Suburban Commando, multiple television appearances, and real estate investments with business partner Scott Everhart, has caused The Undertaker to build a net worth of $17 million, according to Celebrity Net Worth.

Since 2011, The Undertaker has been competing in WWE on a part-time status, typically making a handful of appearance each year since then. Even with a part-time status, he is still among the top-10 highest paid WWE superstars at $2.5 million annually.