Hulk Hogan’s “Real American” is a Classic, But It Was Meant for Someone Else 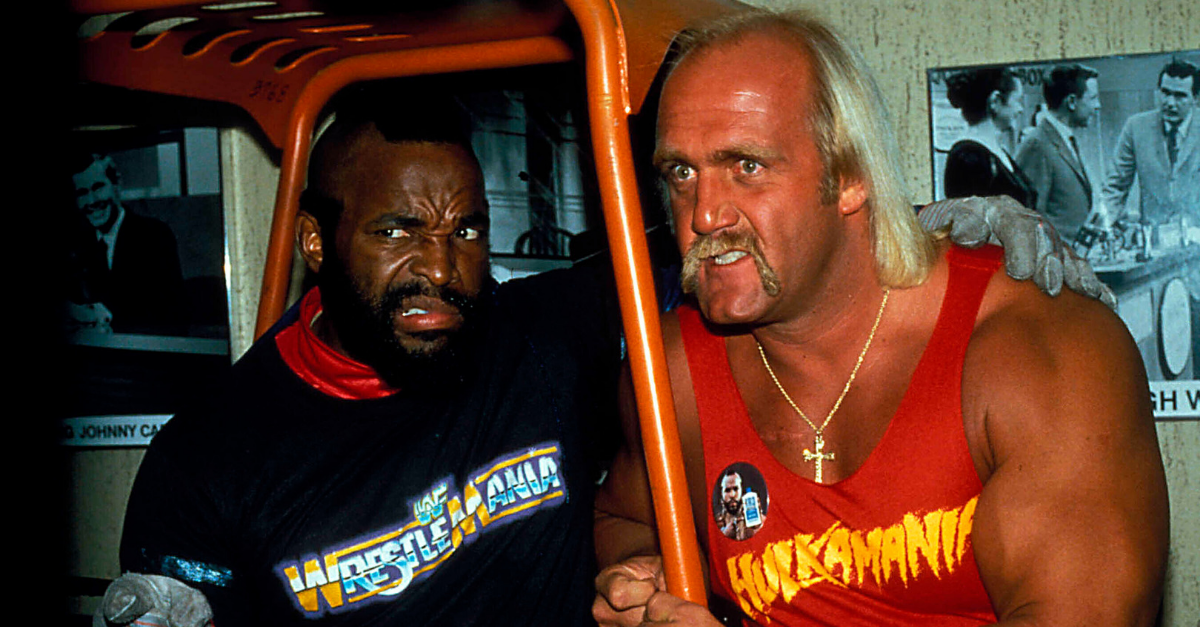 Hulk Hogan is viewed by many to be the most popular pro wrestler in not only WWE history, but of all time. Before his patriotic gimmick, Hogan competed for the AWA and even had a run as a heel in the WWF. However, the pro wrestling landscape changed permanently when Hogan returned to the WWF to become the top babyface, defeating the Iron Sheik for the WWE Championship inside Madison Square Garden.

With the advent of Hulkamania, WWE also began to have a stronger presence in the music and entertainment industries, even having a couple of shows which aired on the network before the first WrestleMania pay-per-view.

Hogan continued to heavily influence pop culture by way of TV shows, as well as being a part of The Wrestling Album, produced by Rick Derringer and others, and released in November 1985. The WWF stars even had a music video of the “Land of a Thousand Dances” song, which featured names such as Vince McMahon, Bobby Heenan, Junkyard Dog, Don Muraco, and others.

What a different world we would have lived in for the past 34 years had Barry Windham and Mike Rotundo not left the WWF so @HulkHogan may have never got the Real American theme instead….. pic.twitter.com/YE1ZpcR4Nd

For over 30 years, Hulk Hogan has walked down the aisle to the “Real American” entrance theme, with a brief exception of his nWo Voodoo Child entrance music. However, Hogan was not the original person intended for this entrance song.

Originally, Hulk Hogan’s theme was given to the U.S. Express tag team of Barry Windham and Mike Rotundo. In fact, Hogan’s theme for the first WrestleMania was “Eye of the Tiger.”

Windham and Rotundo were given the theme song while being managed by Captain Lou Albano. However, the team left WWF for the NWA, and the theme was given to Hogan. This theme has been synonymous to Hogan ever since, although Derringer expressed in a recent interview that although he is happy with Hogan’s success with “Real American,” he was expecting it to be more of a legit song for United States instead of just a wrestling theme.

A song that “fights for the rights of every man,” “Real American” has become one of the most popular theme song in pro wrestling history. Although theme songs from legends such as “Stone Cold” Steve Austin, The Rock, The Undertaker, and Triple H are some of the most popular in this generation, Hogan’s theme really cemented Hogan as a larger-than-life character for over three decades.

Even to this day, Hogan comes out to the Real American theme song, and it brings such a nostalgic feeling to old school fans, allowing them to return to the days of their childhood as fans of the Hulkster.