Scott Hall is the Most Underrated Founding Member of the nWo 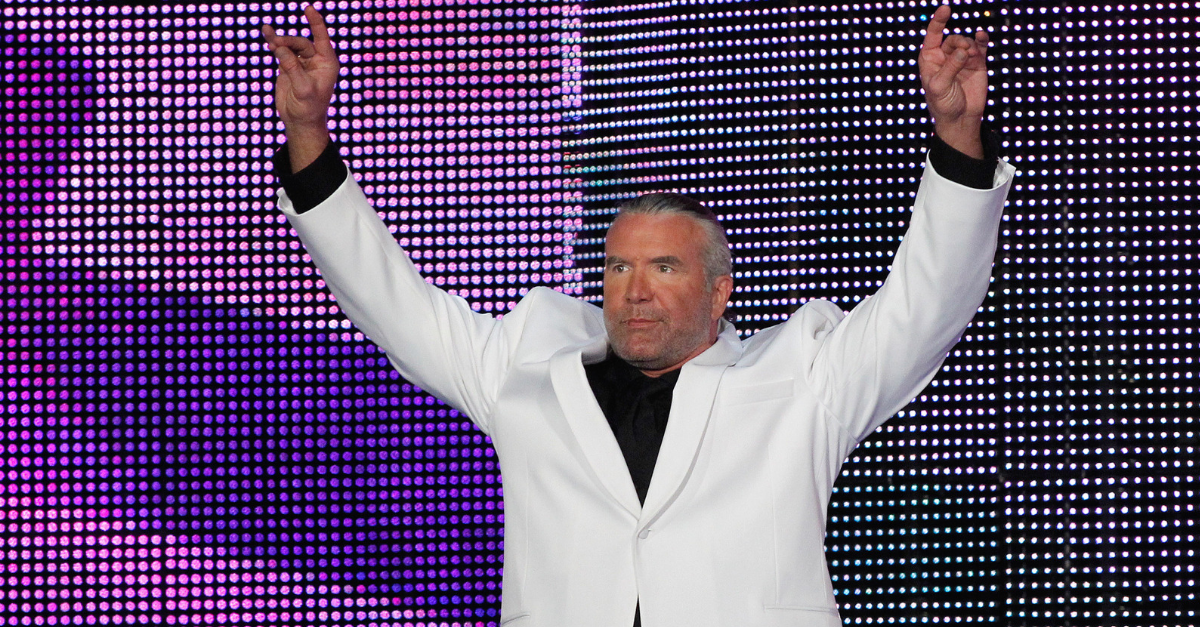 After spending time in the American Wrestling Association (AWA) promotion and various NWA territories, Scott Hall made his way to World Championship Wrestling (WCW) as the Diamond Studd and aligned himself with Diamond Dallas Page.

During this time, he also started teaming with Kevin Nash (then-know as Vinnie Vegas), but his WCW stint was only short-lived before departing for WWF.

This was only part of his illustrious career. Scott Hall is a pro wrestling legend, and easily the most underrated founding member of the famous nWo.

In 1992, Scott Oliver Hall had a compete overhaul, and debuted as a Tony Montana-esque character by the ring name of Razor Ramon. At this point, the World Wrestling Federation began to feature him as a top name, feuding with names such as Randy Savage, Shawn Michaels, and Bret Hart. Less than a year after his WWE debut, Razor competed against Bret Hart at the 1993 Royal Rumble pay-per-view, but was unsuccessful. He then became most notable for his two ladder matches against Michaels at WrestleMania X and SummerSlam 1995.

Although a top wrestler in WWE — having four reigns as Intercontinental Champion — Razor Ramon never reached the top prize of becoming WWE Champion. His match on WWE Raw against Sean Waltman (X-Pac), where Waltman (as The Kid) shockingly pinned Hall, is also a memorable point of his WWE career.

Perhaps the most controversial moment occurred on May 19, 1996. With Scott Hall and Kevin Nash leaving WWE for World Championship Wrestling (WCW), Michaels, Hall, Nash, and Triple H ? known as The Kliq ? all came out to the ring to embrace each other following Michaels’ steel cage match against Nash. Not only was this a major moment due to Hall and Nash’s defection to WCW, but also the fact that it “broke kayfabe” since some were portraying babyfaces on television and others were heels.

Just eight days later, Scott Hall appeared on an episode of Monday Nitro, coming from the crowd and interrupted the match between Steve Doll and Mike Enos. Saying the ominous words, “you know who I am, but you don’t know why I’m here,” further puzzling the crowd as well as planting seeds of playing the bad guy role again.

Nash debuted on a following episode of Nitro, planning the hostile takeover which led to a two-on-three handicap match at the 1996 Bash at the Beach against Sting, Randy Savage, and Lex Luger. The nWo would eventually expand to include numerous people, such as Eric Bischoff, Sixx (Sean Waltman), Rick Rude, Curt Hennig, and others.

At the conclusion of the match, Hulk Hogan came out to seemingly rescue team WCW from Hall and Nash. However, in the most shocking moment in pro wrestling history, he performed a leg drop on Savage, turning heel and aligning himself with Hall and Nash. This was the advent of the New World Order (nWo).

During this time in WCW, Hogan and Nash both became WCW World Heavyweight Champion, but Hall never reached that pinnacle.

He did win the WCW United States Championship, the WCW Television Championship, became WCW Tag Team Champions with Nash as The Outsiders, as well as won the World War 3 battle royal to become the No. 1 contender for the world title. Instead of attempting to win the WCW World Heavyweight Championship for the first time at SuperBrawl, which is when the WW3 winner competes for the title, his match was moved to Uncensored. At Uncensored, he was unsuccessful in his attempt against Sting, even with Dusty Rhodes in his corner.

The nWo reformed in the WWE in 2002 with Hall, Nash, and Hogan. At WrestleMania X8, he competed against Stone Cold Steve Austin, but lost the match. Unfortunately, his run in WWE was short-lived, only lasting a few months before going to TNA and feuding with names such as Jeff Jarrett and AJ Styles.

Scott Hall is among the biggest main event superstars who never won a world championship in either WWE or WCW. The master of the Razor’s Edge finishing move was able to rebound a very difficult personal journey post-WWE and earn an induction into the 2014 WWE Hall of Fame.

It is indeed quite the surprise that Hall was never world champion, despite being the founding member of the nWo and one of the most popular names in WWE history.