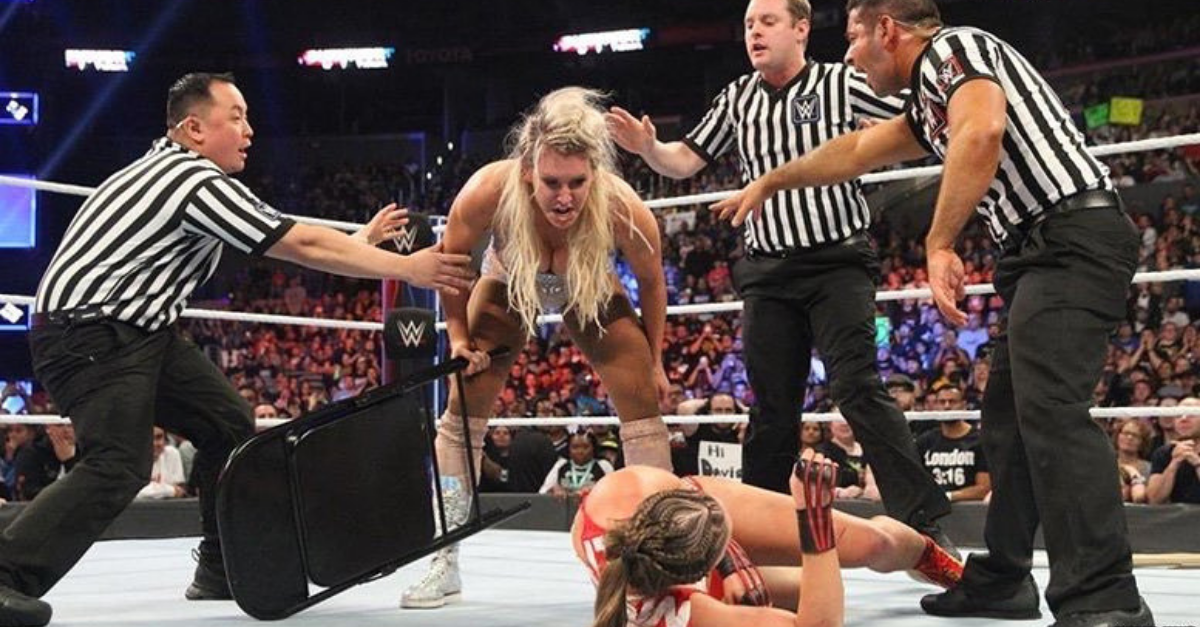 WWE Survivor Series was filled with surprises and shocking moments presented to the WWE Universe. In addition to the clean sweep done by Raw on the main show, the champion vs. champion match pitting Brock Lesnar against Daniel Bryan was significantly dominated by The Beast for most of the main event, even to the point of fans being concerned about the health of Bryan before he was about to valiantly gain some offense.

Another big match which occurred at Survivor Series was Raw Women’s Champion Ronda Rousey competing against Charlotte Flair. Originally, the match was supposed to be Rousey competing against Becky Lynch, but was forced to be changed after Nia Jax punched Lynch in the face during the SmackDown Live invasion of Raw. As a result, Lynch picked Charlotte as a replacement to defend the brand at Survivor Series.

At Survivor Series, the heavy-competitive match was turned upside-down when Charlotte attacked Rousey during the match with a Kendo Stick, causing her to be disqualified. She followed her Kendo Stick striking by even more attacking, attempting to crush Rousey’s head and throat with a steel chair.

What just happened?@RondaRousey may never be the same after this brutal assault from @MsCharlotteWWE. #SurvivorSeries pic.twitter.com/9VlQOaaIxr

Although Rousey is a California native, the Los Angeles crowd at Staples Center heavily favored Charlotte, although she has been booed for several months during her feud with Becky Lynch. The L.A. jeering of Rousey, who is booked as babyface (or “good guy”), did not go unnoticed by her MMA cohort and current NXT Women’s Champion, Shayna Baszler.

“WWE fans are fickle,” Baszler said on Twitter. She went on to say that “UFC fans are worse,” and “We came into this used to fickle.”

She showed up for a match.

This very odd development creates an even bigger conundrum post-Survivor Series, especially since Rousey’s next foe is the biggest villain on the current Raw roster, Nia Jax. Unfortunately, the current Becky Lynch character, while the most successful of her career, has created a cult-like group of fans which have subsequently turned their backs on other babyface talent competing against her in any way, just like the WWE Universe saw at Survivor Series.