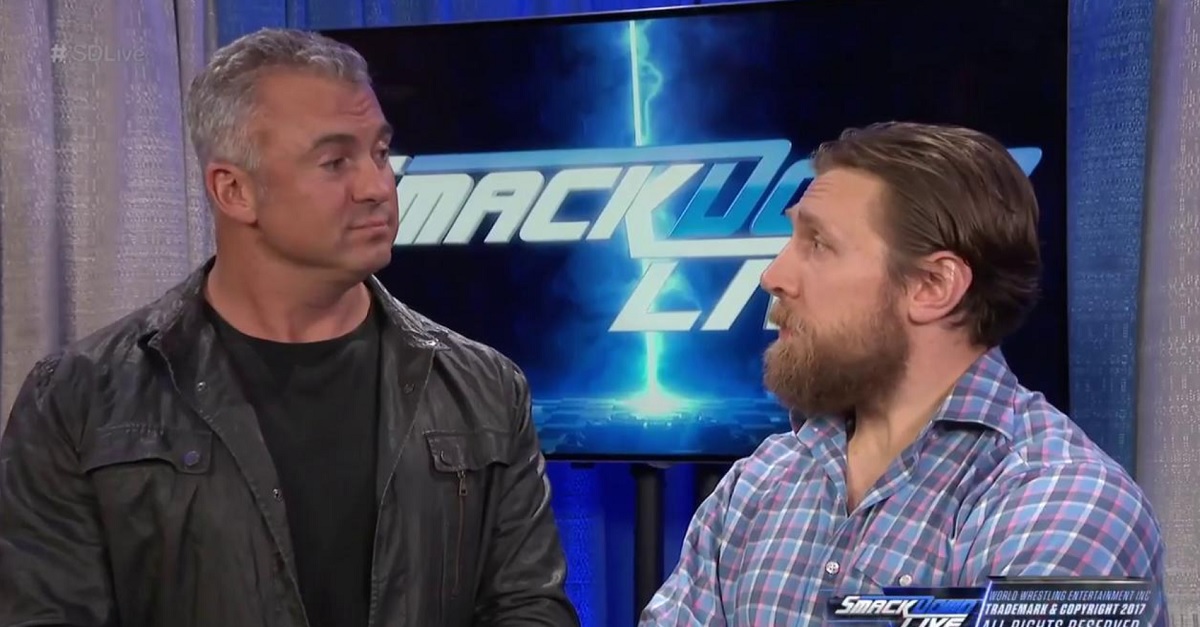 The mini feud between Nakamura and Orton vs. Zayn and Owens saw one half of each team go at it during SD Live’s main event. After a great back and fourth for about 15-20 minutes, Kevin Owens comes out and attempts to help his best friend Sami but gets caught trying to interfere and as the ref gets to Owens we see Randy give Sami a low blow and the ever popular RKO to win the match.

With the victory, Randy becomes the first member of the SmackDown Live team at Survivor Series. Next week we’ll see two more members join him (see best of the rest). Is it possible that Kevin Owens and Randy Orton will have to put differences aside to defeat Raw?

Shane is really feeling his oats after the surprise attack on Monday Night Raw, the theme for SD Live is #UnderSiege but could there be trouble brewing between the commissioner of SD Live and it’s GM Daniel Bryan. Clearly Bryan was not happy with the actions of Shane and has alerted him that Raw will retaliate.

For the first time in a long time, we’re seeing the arrogance of Shane that we’d come to enjoy during the attitude era. The cocky, arrogant vibe he’s given off in the last 24 hours makes me think that it’s only a matter of time before the humbling of Shane comes via the Raw roster…or Daniel Bryan.

Gable and Benjamin continue their good momentum with a victory over the New Day with the SD Live champs, The Usos sitting at ringside. The chemistry between Chad and Shelton is coming together nicely and I’d say that the title of No. 1 contenders is a good fit for them. I’ll be very fascinated with what they do in the Usos/Gable-Benjamin feud.

RAW has Alicia Fox as their captain and so Daniel Bryan got choose from his five-woman unit of Charlotte, Becky Lynch, Naomi, Tamina and Carmella to find out who his captain would be. Usually in multi-person matches you seen a big cluster and a sloppy finish. That match had none of that. Each of the five women worked together quite well and beat the crap out of each other in the process. Naomi getting slammed against the barricade and into the ring post, Charlotte eating a superkick from Tamina. All in all a good match with Becky picking up the victory.

So at Survivor Series the SD Live women’s team will be:

Becky is already getting the troops in line, ok maybe not Tamina or Charlotte but it’s a start.