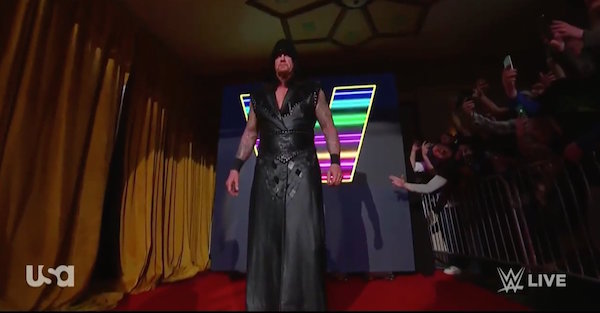 Earlier this month, reports indicated that WWE legends John Cena and The Undertaker would kickoff an angle leading to a match at WrestleMania during the RAW 25-year anniversary special on Monday.

However, the Deadman instead seemingly confirmed his retirement while Cena participated in his second segment with Elias since making an appearance on Christmas Day last month.

But according to Dave Meltzer of the Wrestling Observer Newsletter (subscription needed) via Cageside Seats‘ Rumor Roundup, the buildup for the match is still expected to take place during ?the next few weeks.?

Additionally, Cageside Seats reported that Cena is rumored to feud with Elias “after Royal Rumble,” in what was initially scheduled to be a feud with Samoa Joe prior to his foot injury.

That match will likely happen sometime between the Rumble and WrestleMania, possibly the Elimination Chamber, as Cena has been working a very limited schedule while balancing ventures outside of WWE.

Many presumed last year?s WrestleMania loss to Roman Reigns would serve as the Phenom?s last match, given his emotional post-match sendoff, which included leaving his gear in the ring before walking off.

The Undertaker went 21-0 at WrestleMania before losing his first match to Brock Lesnar in 2014. He currently holds a 23-2 record at the event and has is one of the most legendary characters in professional wrestling history, having been a mainstay in WWE?s main event scene since 1990, albeit during sporadic appearances in recent years.

Cena has served as the company?s franchise player for more than a decade and is tied with Ric Flair for the most World Championships in professional wrestling history with 16. He has been working a part-time schedule with WWE since 2016, having ventured into Hollywood and other media projects.

This is surely a match with enough name recognition to sell this year?s WrestleMania event and will likely be one of the most historic in the event?s history.