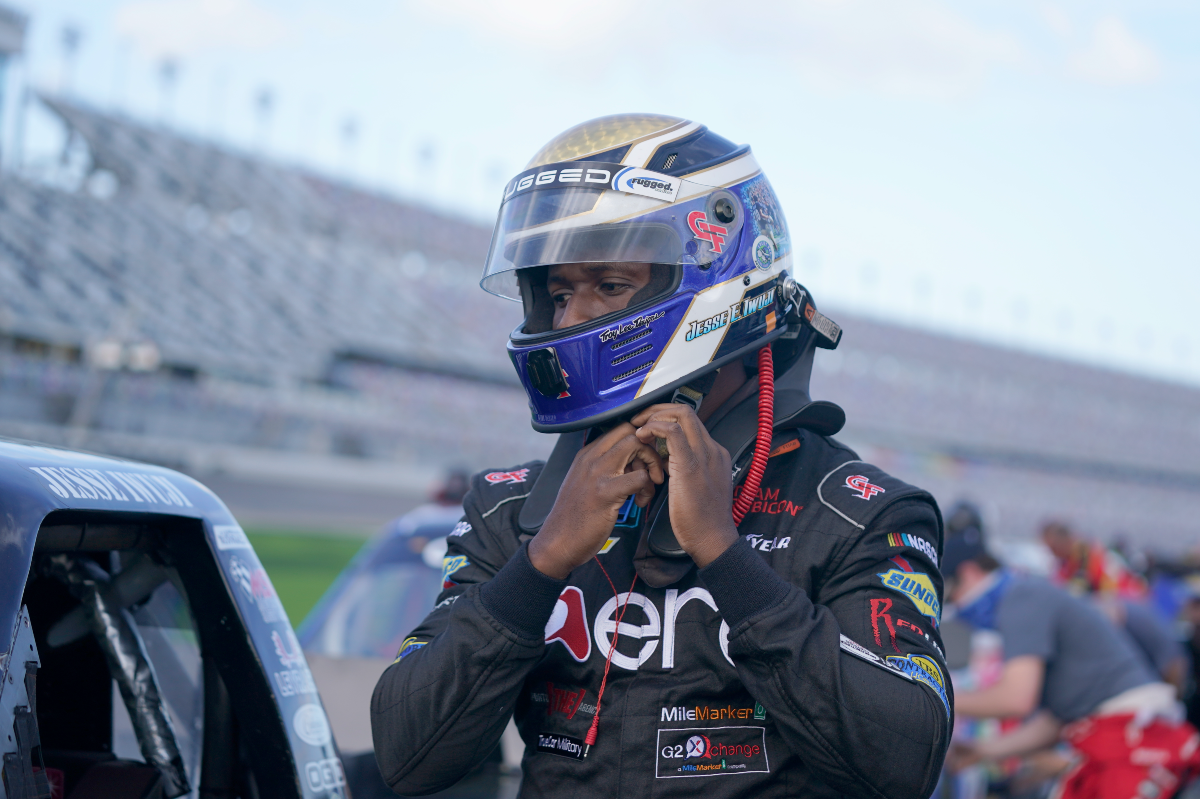 Jesse Iwuji has accomplished a lot in his life. Having been on active duty in the U.S. Navy from 2010-2017, he currently serves as a Lieutenant Commander in the Navy Reserves, while also competing part-time in the NASCAR Truck Series and Xfinity Series. Yet, despite his service to his country and all the work he’s put in to make it this far in his motorsports career, Iwuji still has to deal will overt racism from NASCAR fans.

Last week, Iwuji announced the exciting news that he and NFL Hall of Famer Emmitt Smith would be partnering up to form a full-time Xfinity Series team for the 2022 season called Jesse Iwuji Motorsports. Unfortunately, not everyone was pleased with the announcement, and on Tuesday, Iwuji shared a message he received from a proudly bigoted Instagram follower.

I don’t get racist messages like this one I received last night often, but they do happen. When they come, it’s just another annual reminder really to all of us that we as people need to continue to bring positivity to the world around us. It’s the only way to bring good change. pic.twitter.com/v7Jl9TXGsj

“Stop trying to make everything black. It’s not our fault that you guys are the minority and that the whites were in this great country first. Go back to your shitty ass country.”

The message continued, “The only black NASCAR driver in this board (sic) is Bubba Wallace and his (sic) is shit. That should tell you black people ain?t good at NASCAR.”

Despite the negativity from the peanut gallery, Iwuji also expressed his excitement in earlier interviews over working with Emmitt Smith, and explained meeting the three-time Super Bowl champion through his agent and things taking off from there.

“We started throwing it at (Smith), like hey, you should be a part of this thing that we’re going to start, it’s going to be big,” the 34-year-old Carrollton, Texas native said.

“He was excited. He was like, you know what, yeah, I want to be part of that. Next thing you know, he’s putting different ideas together and figuring out a way to have it a little bit different than other people do.”

Iwuji continued, “(Smith) saw me basically going from driving warships in 2014 to driving race cars in 2015.”

“He saw that grind and he knew; you know what, I want to associate myself with a grinder. Anybody can have all the ideas in the world, have everything written down on lists, but at the end of the day, it takes a special person to be a true grinder.”

“Someone that makes things happen and he saw that in me. He knew no matter what, I was going to get this thing going in the right direction.”

As far as NASCAR ownership goes, Iwuji is happy to accept the challenge.

“I always wanted to be an owner,” Iwuji said.

“I always wanted to run the thing because then I can have a say-so in how to build it and send it in the right direction. If I can see where it’s going, I can send it there. Not everyone is capable of seeing where things are going. Why leave it in their hands? Let me take over and make it happen.”