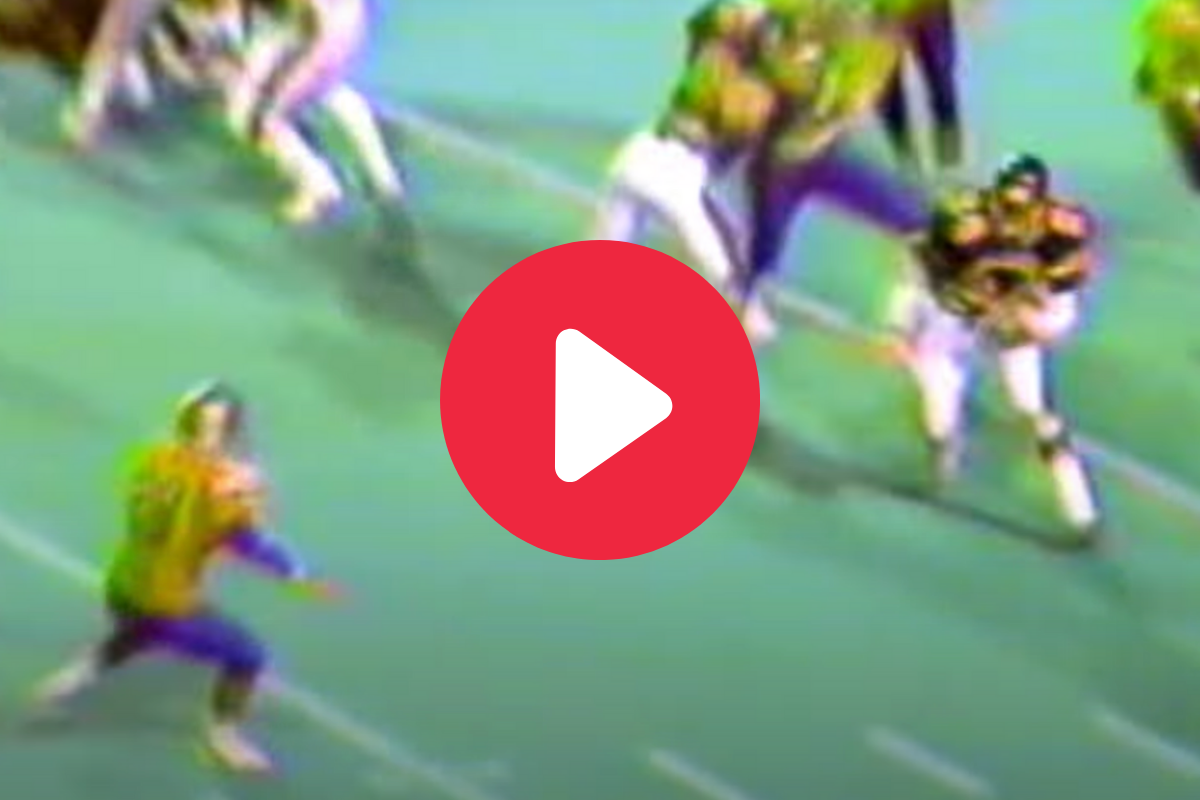 Emmitt Smith is one of the best running backs in NFL history. In his 15 NFL seasons spent with the Dallas Cowboys and Arizona Cardinals, the Hall of Famer rushed for 18,355 yards and racked up 175 total touchdowns.

It may come as little surprise that he was an incredible high school football player as well.

Emmitt James Smith attended Escambia High School in Pensacola, Florida. In this objectively awesome clip, you can see him break through multiple tackles and drive down nearly the whole length of the field on his own. The announcer makes a Walter Payton comparison; who knew how spot-on it would end up being.

Smith played on Escambia’s football team and helped them win multiple playoff games and consecutive state championships. His 8,804 yards and 106 rushing touchdowns set school records that have yet to be broken.

Scouts started to take notice during Smith’s junior year. After a tenure at Escambia that gave him the nation’s rushing record, he was recruited to play for the University of Florida.

As a member of the Florida Gators, Smith only added to his pedigree. In three seasons, he accumulated 3,928 rushing yards and racked up 37 TDs.

The highest he ever finished in the Heisman race was 7th, but that was no matter: he was ready for the National Football League.

Emmitt Smith in the NFL

Smith found his home quickly. He was taken in the first round of the NFL Draft by the Dallas Cowboys. He immersed himself in the team’s plays quickly; in his debut season, he scored 11 times and was named the Offensive Rookie of the Year. Working with quarterback Troy Aikman and wide receiver Michael Irvin, the Cowboys won three Super Bowl championships in the 1990s.

Smith earned four rushing titles before his 27th birthday and even won an MVP award, something that has become exceedingly rare for a running back to do since.

After a two-year stint with the Arizona Cardinals, Smith finished his career with eight Pro Bowl appearances. He is still the all-time leading rusher, and he was inducted to the Pro Football Hall of Fame in 2010.

As one might expect, Emmitt Smith’s son is a game-changing running back as well. EJ Smith committed to Stanford in 2019 after fielding offers from schools including Alabama, Georgia, Texas A&M, and his father’s alma mater, Florida.

He doesn’t have to equal his dad’s output, but it would definitely be nice to see the Smith family reach the NFL once more.

Emmitt Smith is considered one of the best rushers of all time for a reason. The clips of him in high school only solidify that point.

After all, when announcers compare you to NFL greats, you must be pretty talented.

MORE: Emmitt Smith?s Net Worth: How The NFL?s Rushing King Racked Up Millions