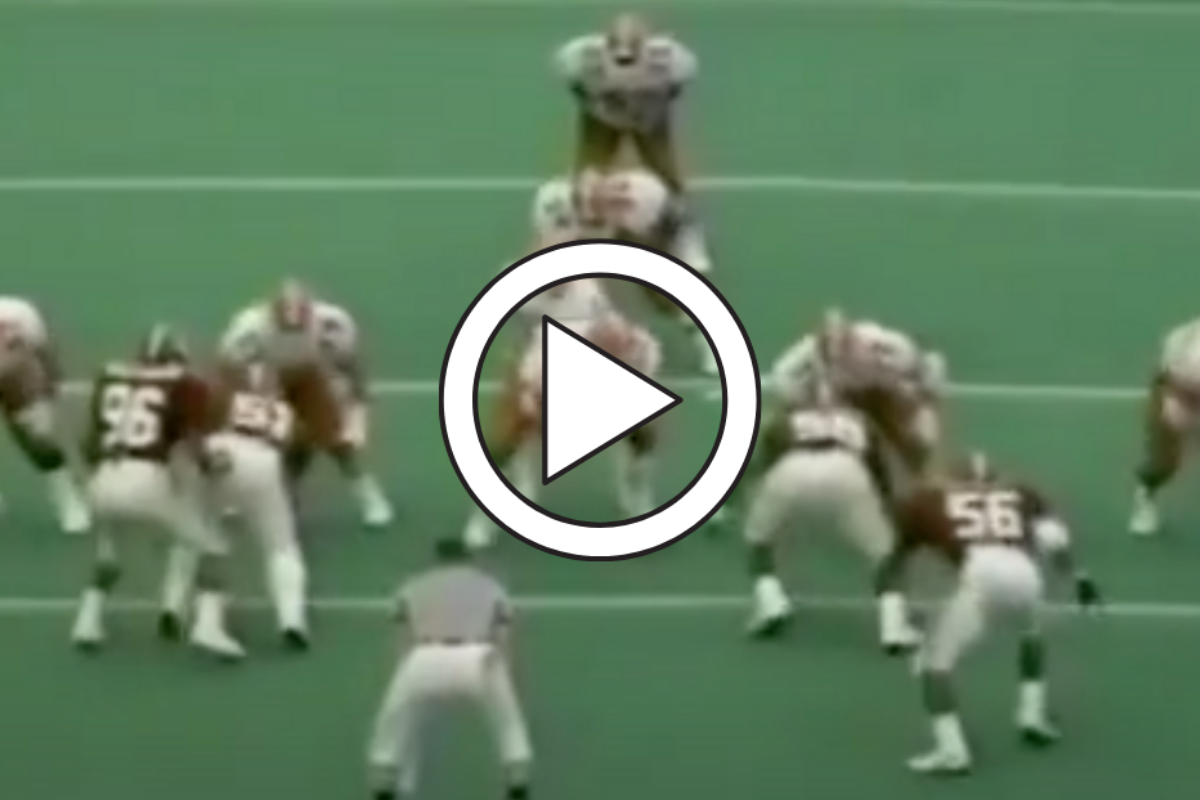 Emmitt Smith is easily one of the greatest running backs to ever live. Whether it was playing college football for the University of Florida or in the NFL with the Dallas Cowboys, stopping him was just shy of impossible. His coming out party was pretty epic, too.

By the time he arrived in Gainesville, Florida, many already knew how dangerous Smith was running the football, especially in the Sunshine State. He racked up 8,804 rushing yards, scored 106 touchdowns, won a pair of state titles and was named the Parade Magazine and USA Today national player of the year as a senior at Escambia High School.

Smith’s arrival to play for the Florida Gators in 1987 was highly anticipated, and his first-career start against the Alabama Crimson Tide jumpstarted his legacy.

A legend was born. pic.twitter.com/EZQtKA1poO

After the first two Florida Gators football games of the 1987 season — a loss at No. 10 Miami and a blowout win against Tulsa — head coach Galen Hall decided to make a change. Freshman running back Emmitt Smith was going to make his first-career start after picking up 106 yards on 10 carries the week before.

It was a tall order considering the Gators were traveling to face No. 11 Alabama at Legion Field in Birmingham, but it proved to be exactly what UF needed for SEC play.

Smith, at 5-foot-10 and 201 pounds, made the Crimson Tide look helpless. He rushed for 224 yards and two touchdowns to help the Gators pull off the 23-14 upset. His first touchdown was a 30-yard run up the gut in the third quarter, and he dove in for a one-yard score midway through the fourth quarter.

87 days until @GatorsFB. 87 is for Emmitt Smith’s freshman year, when he exploded onto the scene with a 224 yard outburst against #11 Alabama in Tuscaloosa. Here’s his touchdown run to seal the #Gators’ 23-14 upset win over the Tide. pic.twitter.com/FrADapASvL

This is the game Emmitt Smith became a household name.

“Emmitt Smith was outstanding,” Alabama coach Bill Curry said. “He had good blocking, but he made good things happen on his own. He has the uncanny knack of shrugging people off.”

From then on, Smith dominated nearly every defense he faced. He compiled 3,938 rushing yards and scored 37 total touchdowns in his NCAA career before he was a first-round pick (No. 17 overall) in the 1990 NFL Draft by the Dallas Cowboys.

Smith is the National Football League’s all-time leading rusher with 18,355 yards and scored 175 total touchdowns with the Cowboys and Arizona Cardinals. He is a Pro Football Hall of Fame inductee and also won a season of “Dancing with the Stars” just because.

His son, EJ Smith, decided not to attend his dad’s alma mater. Instead, he chose to play his college football at Stanford after receiving offers from Florida, Georgia, Ohio State, Texas A&M, LSU and Michigan, among many others. There will come a time when he gets to shine on ESPN and try to break rushing records like his dad did.

It will just be tough for him, or anyone, to do what Emmitt Smith did in his first college start ever again.

This post was originally published on January 28, 2020. We brought it back before Alabama and Florida played in week 3 of the 2021 NCAA season.

MORE: Emmitt Smith’s Net Worth: How The NFL’s Rushing King Racked Up Millions