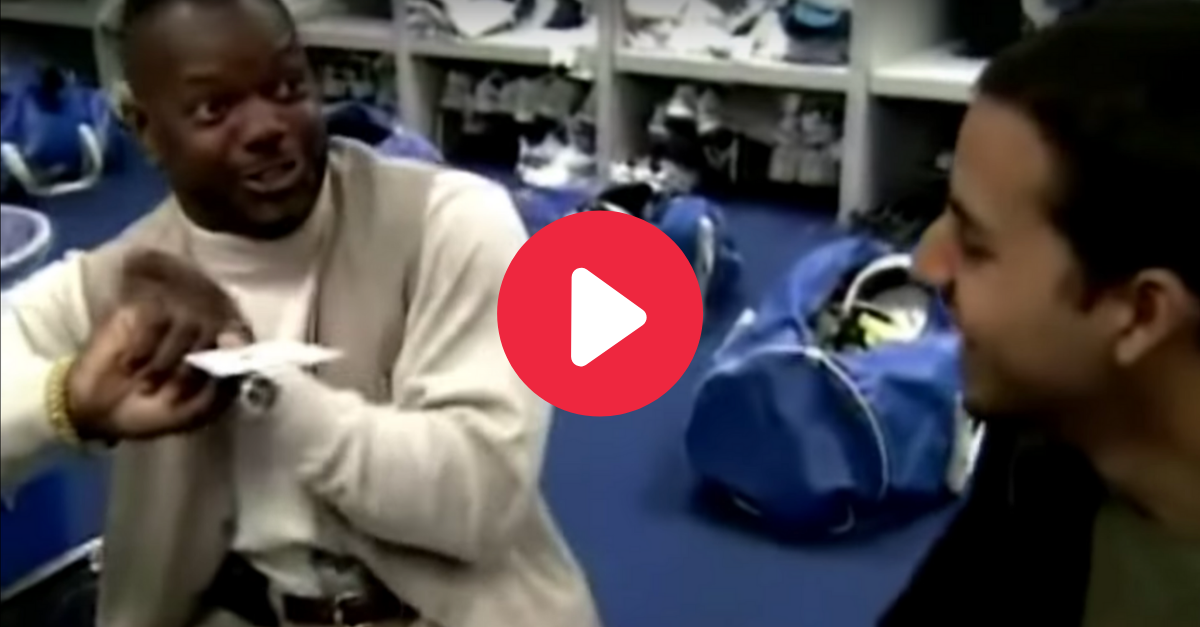 Back in the 1990s, you couldn?t talk football without mentioning the Dallas Cowboys. They were the NFL?s gold standard as America?s Team, and so many paid close attention to their every move, especially off the field.

Fresh off three Super Bowl titles in four years, The ?Boys took a little bit of a hit during the offseason with free agents and suspensions, but they still boasted another super-talented roster heading into the 1996 regular season. Perhaps no player was as big as future Pro Football Hall of Fame running back Emmitt Smith.

Smith, who eventually became the NFL?s all-time leading rusher, was at the peak of his powers with a run of four-straight First-Team All-Pro selections. However, when magician David Blaine showed up in the locker room to do some magic tricks, Smith was completely blown away.

With so much attention around him daily, a magic show was likely a breath of fresh air for Smith, the Super Bowl XXVIII MVP and the league?s reigning yards and touchdowns leader. His priceless reaction proves that.

When Blaine flipped over a different two cards than Smith expected, he went crazy, and it?s a viral video that will live forever.

Blaine?s street magic wasn?t done there, though. He also pulled a card trick on Cowboys special teams coach Joe Avezzano and another trick on several Dallas players, including star defensive back Deion Sanders.

There was no better player to fool at the time than Smith, the former Florida Gators star and first-round NFL Draft pick, and it?s safe to say David Blaine sure got him good.

Watching these throwback videos will never get old.