Kerry Earnhardt may not be the most famous member of the Earnhardt family, but out of all of Dale Earnhardt's children -- Dale Jr., Taylor, and Kelley -- he looks the most like his pops. Rocking that signature Dale Sr. mustache for many years, Kerry is pretty much the spitting image of his dad.

Born in Kannapolis, North Carolina, Kerry is the biological son of Dale Sr.'s first wife, Latane Brown, though she and Dale divorced when Kerry was only one. Brown went on to marry a man named Jack Key, who adopted Kerry as his son. Kerry decided to keep his birth name of Earnhardt, but it wasn't until he was 16 years old that he would regularly see his biological father. In the early '90s, he made his way into motorsports under Dale Sr.'s guidance.

As many of us know, sometimes family life and business can get muddied and complicated, which Kerry found out the hard way, courtesy of Dale's third and final wife, Teresa Earnhardt. In 2016, Kerry and his stepmother would become embroiled in a heated legal battle over his own father's name. 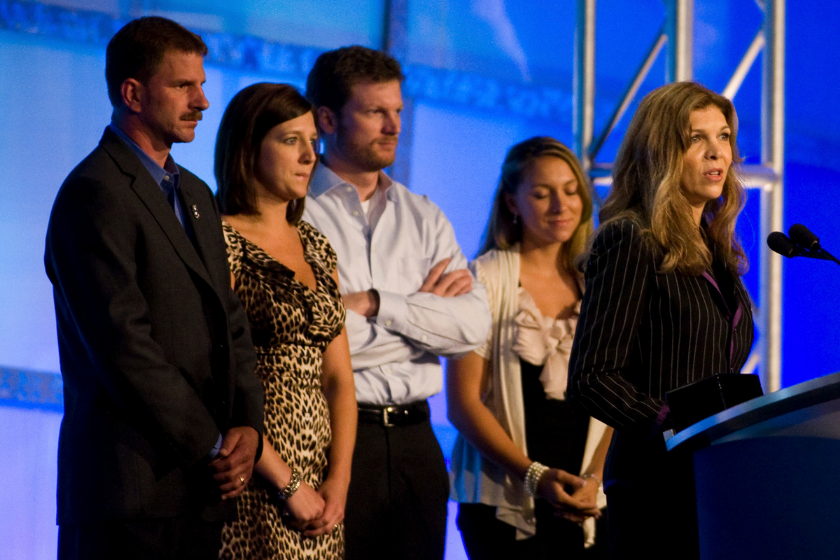 In 2010, Kerry Earnhardt would be appear onstage alongside Teresa and his siblings as his father was inducted into the NASCAR Hall of Fame. Little did he know that just a year later, things would start to seriously sour between him and Teresa.

In 2011, Kerry and his wife Rene planned to launch a business called the Earnhardt Collection as a line of homes and furniture based out of Mooresville, North Carolina. There was one issue: Teresa Earnhardt owned the name "Dale Earnhardt" ever since the legendary NASCAR driver's tragic death at the 2001 Daytona 500.

For four years, this led to a trademark dispute between Kerry and Teresa, until finally in 2016, Teresa officially filed a lawsuit against Kerry to prevent him from using his father's name. The suit argued that "the naming of any project called 'Earnhardt Collection' causes confusion as being associated with Dale Earnhardt, as the Dale Earnhardt brands and marks are so diverse across multiple industries and philanthropic causes."

For the next year, Teresa and her legal team attempted to prove that Kerry violated the trademark that she was legally entitled to. Her arguments were initially rejected by the courts, claiming that the Earnhardt Collection would not be confused as being explicitly associated with the late Dale Earnhardt. However, Teresa won an appeal in 2017 that required the U.S. Trademark Trial and Appeal Board to clarify its decision to allow Kerry to use the name "Earnhardt Collection" in his business.

When the board was unable to clarify "whether 'collection' was merely descriptive of (Kerry Earnhardt, Inc.'s) goods and services," the entire messy situation was essentially left unresolved. Over the years, Kerry and Teresa have continued to fight over the existence of the Earnhardt Collection, though it doesn't appear as if there has been an official ruling on the matter. 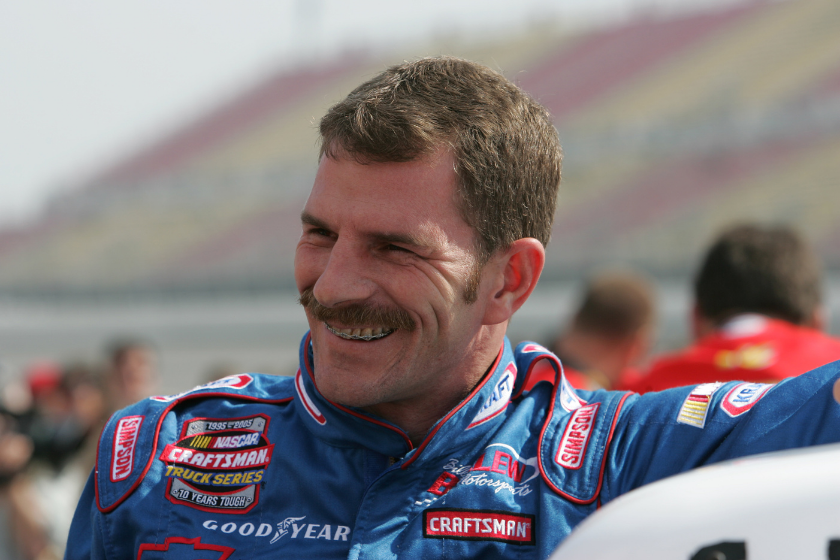 Kerry Dale Earnhardt first jumped in the seat of a race car in 1990, but by '92, he was racing street stocks. He also competed in the NASCAR Goody's Dash Series that year, and he earned Rookie of the Year honors after securing two top-fives and eight top-10 finishes.

1994 also proved to be a good year for Earnhardt, when he competed in the NASCAR Dodge Weekly Racing Series and won Rookie of the Year honors. He finally made his first NASCAR start in the Busch Series in 1998. Two years later, he had the opportunity to compete in ARCA races with the family team, Dale Earnhardt, Inc. Amazingly, he won four of his 11 race starts for DEI, and finished in the top-10 for the remaining races.

During his Winston Cup Series debut in 2000, he had the opportunity to race against Dale Sr. and half-brother Dale Earnhardt Jr. in Michigan, but he ended up wrecking on the fifth lap, which took him out of the Cup race. Speaking of wrecks, in 2001 -- the same year that his father tragically died -- Kerry also had a pretty bad wreck at Charlotte Motor Speedway, resulting in the death of fellow driver Blaise Alexander. Although this was an extremely rough year for him, Kerry didn't let it slow him down.

Throughout the '02 and '03 seasons, Kerry raced for FitzBradshaw Racing, before eventually being released. He attempted to run in multiple races in the No. 83 Chevrolet for FitzBradshaw, but he was unsuccessful in qualifying on many occasions, leading the team to change drivers. Following this, he jumped on board with Richard Childress Racing for the '04 and '05 seasons in the No. 33 Chevy. He made six starts between Daytona and Talladega, all of which were restrictor plate races. 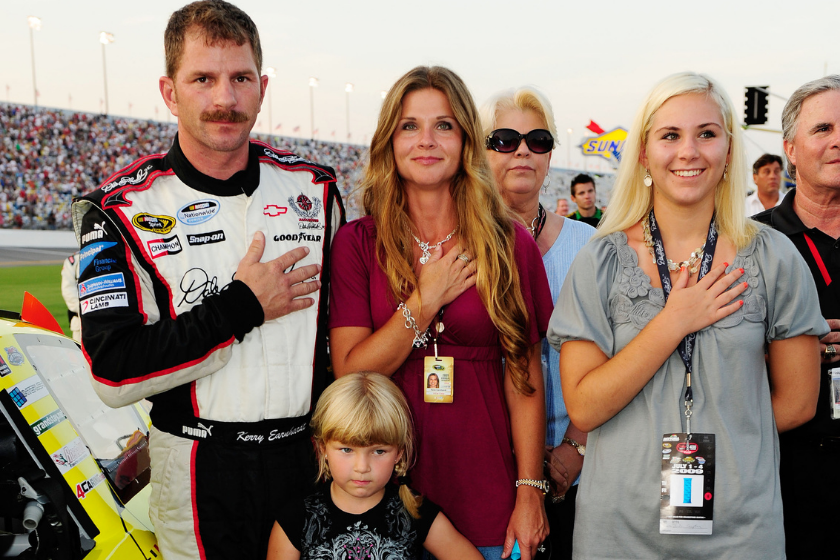 Kerry Earnhardt married his wife Rene back in 1999. Together, they have a daughter, Kayla. They also have three other children from their previous marriages: Bobby, Jeffrey, and Blaise. Bobby and Jeffrey mark the fourth generation of Earnhardts to get involved with the auto racing business. Bobby Dale Earnhardt was an Xfinity Series driver from 2017-2019, while Jeffrey Earnhardt, Kerry's younger son, currently competes part-time in the Xfinity Series.

On his social media pages, Kerry shows off his country lifestyle through a variety of pictures and videos. He may not be a full-time racer anymore, but he does still dabble in the sport every now and then. I wouldn't expect a full return to the speedway anytime soon, as I'd imagine his priorities are now more focused on spending time with his family.