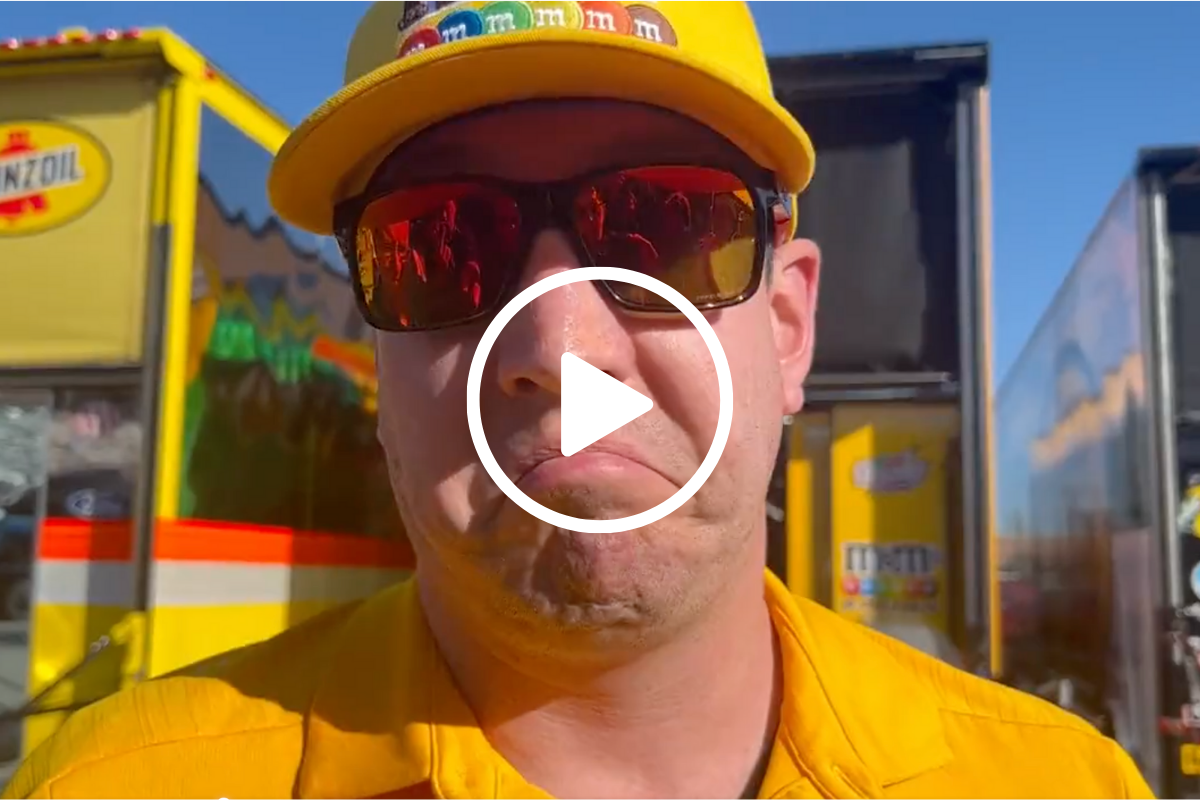 Sunday’s Cup Series race at Atlanta Motor Speedway brought out the post-race Kyle Busch that we’ve seen more times than we can count. Brusque, peeved, pissed off, whatever adjective you want to use, Busch was all of those after wrecking out of the Folds Of Honor QuikTrip 500.

During Stage 1 of the race, Busch got caught on Austin Dillon’s bumper coming out of Turn 4. This caused Dillon to spin out, wrecking both himself and Busch in the process.

Following the wreck, the driver of the No. 18 Toyota for Joe Gibbs Racing gave an interview that can only be described as “peak Kyle Busch.”

#NASCAR … Kyle Busch spoke to the media after parking his car in the garage … pic.twitter.com/swYwAGG81V

With the new banking and added width, the 1.5-mile track races more like Daytona International Speedway or Talladega Superspeedway. What did that mean? A whole lot more wrecks. Busch’s curt “No.” in response to “Do you like this version of Atlanta better than the old one?” seemed to indicate that he wasn’t all that surprised with the outcome, given the drastic changes in track design. Either that, or he didn’t feel like elaborating on a pretty obvious answer.

For some drivers though, the steep changes at Atlanta spelled success. William Byron earned his first win of the year, while Corey LaJoie raced to the first top-five finish of his career. But, Kyle Busch’s day, it was not.

Now, last week wasn’t all bad news for Kyle Busch. On Wednesday, he tweeted “#GirlDad coming soon” following his wife Samantha’s announcement that the couple would be welcoming a baby girl to their family of three in just eight weeks.

As far as the remainder of Busch’s Cup season goes (and it’s still a long one), he’ll have a chance to redeem himself at this Sunday’s EchoPark Automotive Texas Grand Prix at the Circuit of the Americas in Austin, Texas.