Kyle Busch’s Run-In With Dale Earnhardt Jr. in 2018 Wouldn’t Be the Last Time He Bumped a Pace Car 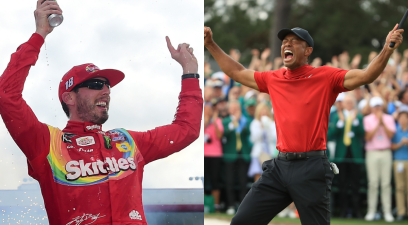 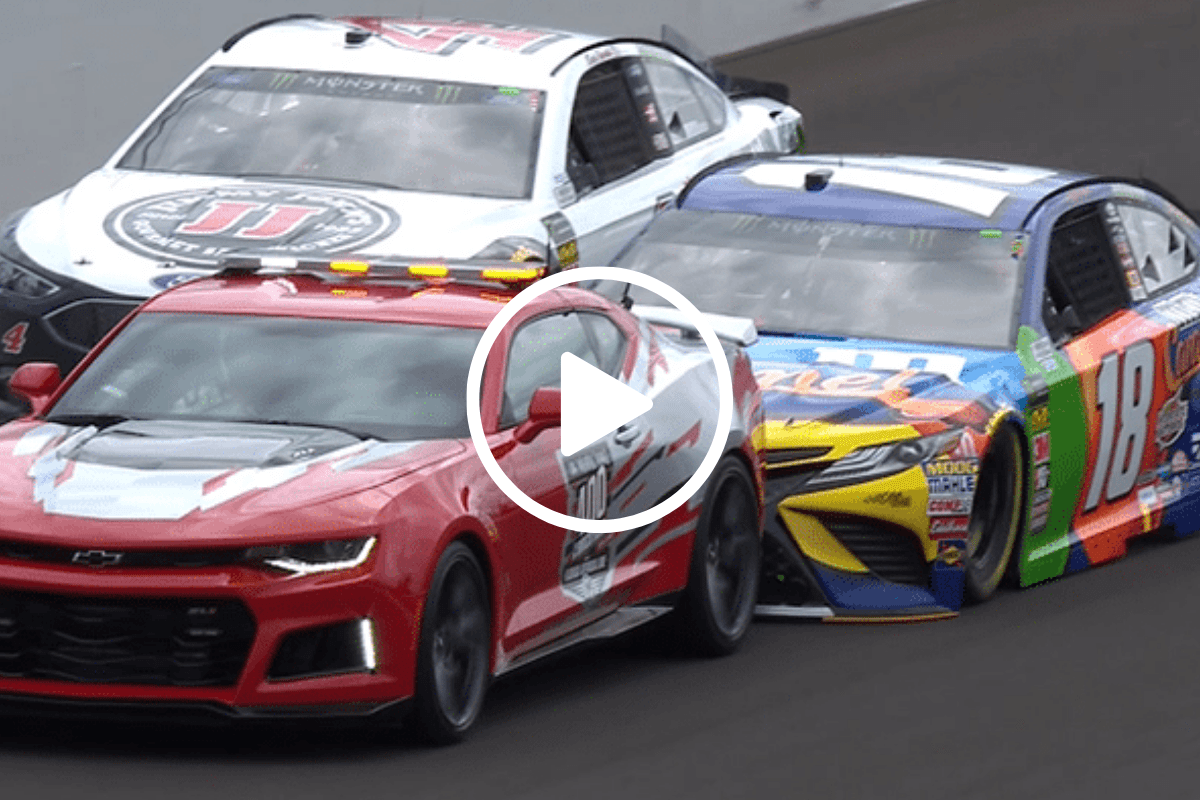 The 2018 Brickyard 400 may have been delayed due to weather, but Kyle Busch definitely didn’t delay in making his presence known when he bumped the pace car driven by none other than Dale Earnhardt Jr.

Of course, it was all in good fun, and it appeared that Junior, who kicked off his live NBC Sports broadcaster duties behind the wheel of the pace car, seemed to good-naturedly laugh off Busch’s move.

While he took some time to soak in the next chapter of his career on live TV with Steve Letarte, his former Hendrick Motorsports crew chief and current NBC colleague, Earnhardt gave a cheeky shoutout to Busch for the lukewarm welcome.

“I want to thank Indy and Chevrolet, and Kyle Busch for giving me a bump on the back straight.”

As it turns out, 2018 was a big season for Kyle Busch as both the aggressor and the recipient of some pretty notable bumps.

In July of that year, he secured victory at Chicagoland Speedway following a last-lap bump-and-run on Kyle Larson that was met with a mixed reaction from fans.

Several weeks later, Busch got a taste of his own medicine at New Hampshire Motor Speedway after Kevin Harvick bumped Rowdy late in the race to get a win of his own. As you can tell from the ensuing response from the commentary team, it was a move that got Junior just a little bit excited in the NBC booth.

Speaking of New Hampshire, a couple years later at the Cup race at NHMS, Busch dished out another bump on a pace car. Only this time, it wasn’t meant in good fun.

NASCAR’s decision to continue with the 2021 Foxwoods Resort Casino 301 despite the track being wet from an earlier rain shower led to Kyle Busch taking his frustrations out on the pace car.

During the pace laps and the first lap of the race, a heavy mist fell on the race track, resulting in wet track conditions. NASCAR officials didn’t feel that the conditions warranted a postponement, and the race continued. Shortly after on lap six, Busch wrecked his No. 18 Toyota Camry, while his Joe Gibbs Racing teammates Denny Hamlin and Martin Truex Jr. were also caught in the fray.

Clearly upset with NASCAR’s decision to go about business as usual, Busch circled the track and made contact with the pace car during the caution period before eventually parking on pit road.

“We started the race under a mist,” Busch said in a post-race interview. “It never should have gone green to begin with, but then it kept getting worse and worse lap over lap.”

While Steve O’Donnell, who at the time was the NASCAR executive vice president and chief racing development officer, defended NASCAR’s decision to not delay the race, Busch also escaped any punishment for his actions.