Did you know that long before he was a NASCAR team owner, NBA legend Michael Jordan once owned a motorcycle racing team?

Jordan's love for two wheels goes way back to when he was a riding dirt bikes as a kid growing up in Wilmington, North Carolina. Naturally, MJ's love for basketball overshadowed his love for motorcycles, and the safety issues surrounding the hobby always prevented him from pursuing motorcycling more seriously.

It wasn't until 2003 -- when Jordan had retired from the NBA for good --  that he was able to dive back in to that whole motorcycle thing.

He would often ride his bike through the streets of Chicago (usually at night, to avoid throngs of autograph seekers). Some time later, a chance meeting with a fellow rider at a gas station would put the wheels in motion (pun intended) towards the eventual formation of Michael Jordan Motorsports.

The Story Behind Michael Jordan Motorsports 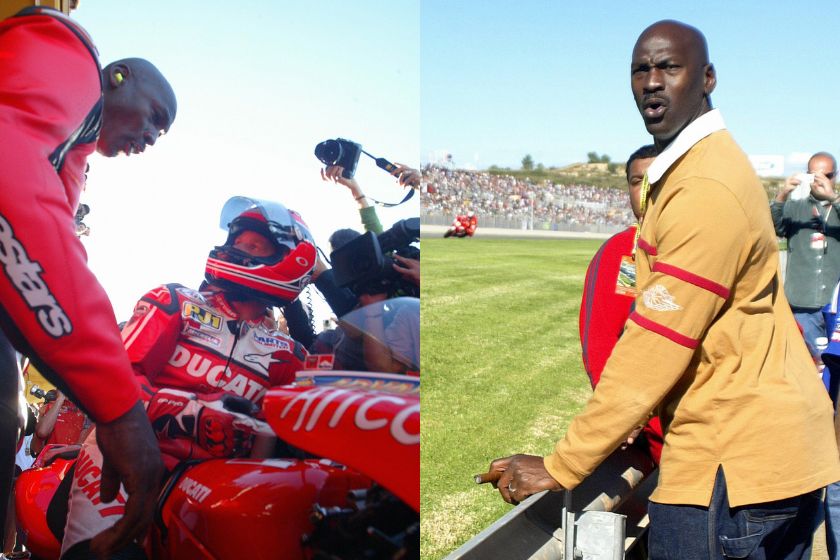 In 2004, Jordan met a fellow motorcyclist named James Casmay, who introduced Jordan to Pete Mauhar, a racing team manager with 10 years of experience. After the initial shock of getting a phone call from Michael Jordan (Mauhar initially thought it was a case of "my friends messing around with me"), Mauhar and his team got the ball rolling on getting a racing team together.

While Mauhar and company handled the logistics, Jordan got with Mark Smith, the senior creative director of innovation at Nike at the time, to design all the team's gear. Smith handled everything from the race suits to the bike graphics to even the special Air Jordan 'Motorsport' sneakers. After an extremely quick turnaround time of five weeks, Michael Jordan Motorsports was born.

MJM ran in the opening race of 2004 AMA Pro Road Racing series at Daytona, with rider Montez Stewart competing on his Jordan YZF-R1. By the end of the 2004 season, Stewart had finished 35th in the Supersport class and 23rd in Superstock. While it wasn't an ideal inaugural year for the quickly-cobbled-together racing team, Jordan's commitment to MJM was very much apparent in the subsequent seasons. According to Mauhar, Jordan was a constant presence and played a crucial part in the team's development.

Things got better for Michael Jordan Motorsports in 2005, when they switched to the Suzuki GSX-R1000 and brought in some new riders. That season, MJM racer Steve Rapp finished the season third in the Superstock class and eighth in the Superbike class.

In 2008, Aaron Yates and Geoff May finished first and second, respectively, in the AMA Superstock Championship. But, Jordan still needed to place well in Superbike racing to showcase the team's talent on a premier level. The Superbike success would come in 2010, when Jake Zemke won the opening two rounds and finished the season third overall.

In 2013, Jordan was hoping to take his motorsports team to the international level. Unfortunately, due to financial issues and the loss of major sponsor National Guard, Michael Jordan Motorsports was forced to fold in 2014. 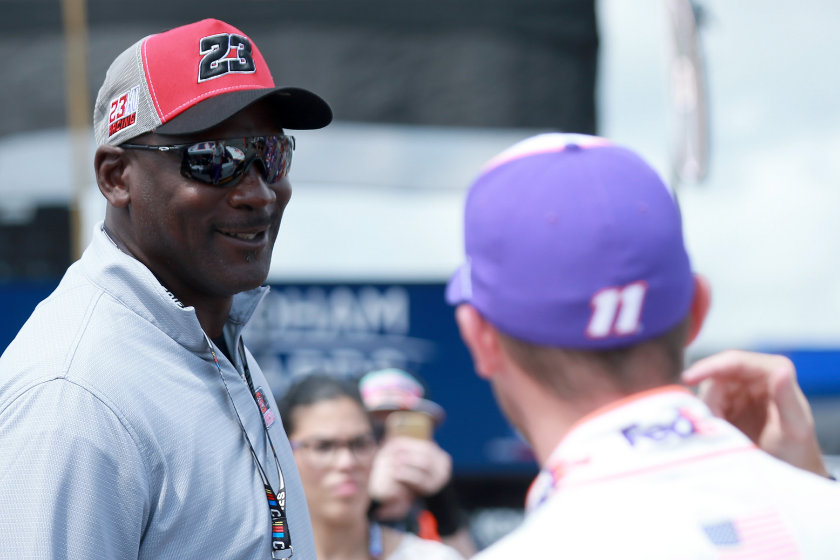 In September 2020, Jordan got back into the racing game when he teamed up with longtime friend and NASCAR racer Denny Hamlin to form 23XI Racing, which debuted during the 2021 NASCAR Cup Series season.

As it turns out, Jordan's experience with owning a motorcycle team prepared him well for co-owning a NASCAR racing team. According to Hamlin, Jordan's start with MJM were actually part of early conversations about forming a Cup team.

"Essentially, I said, 'Me. I can assure you that I'll make sure 23XI has everything that Joe Gibbs Racing has.' And it's up to us as well to almost create that Furniture Row-type of alliance (that existed with JGR from 2016-18) where they won a lot of races and they won a championship as well. So, how can we take that information, that equipment and make it better?"

"That's going to be on us to do, and I think we've hired a lot of really smart people to help do that."

One of those smart people that Denny was talking about is Kreig Robinson, who worked for Michael Jordan Motorsports as the vice president of corporate relations and was hired to work with 23XI Racing in a business development role. Talk about things coming full circle!

On October 4, 2021, Wallace earned his first Cup victory and the first victory for 23XI Racing when he won the rain-shortened YellaWood 500 at Talladega Superspeedway. Busch would earn his first win for 23XI Racing at the 2022 AdventHealth 400 at Kansas Speedway.

Will 23XI Racing be the next team to watch in the NASCAR Cup Series, taking on the likes of Hendrick Motorsports and Joe Gibbs Racing? The team still has a long way to go, but don't dismiss them as a fluke just yet.

MORE: 25 Michael Jordan Quotes That Show Why "His Airness" is the Greatest