Like every Earnhardt before him who's gotten behind the wheel of a stock car, Jeffrey fully embraces the impact that his late grandfather had on the sport of NASCAR. He's honored The Intimidator's legacy many times at Darlington Raceway, which is when NASCAR celebrates the icons of the past with a special throwback weekend.

Back in 2021, Jeffrey Earnhardt's throwback paint scheme at the Steakhouse Elite 200 paid tribute to the Olympics-themed car that Dale Sr. drove in the 1996 All-Star Race.

Dale Sr. ultimately finished third in the All-Star Race, which came ahead of the '96 Olympics in Atlanta. Jeffrey Earnhardt, driving the No. 0 Chevrolet for JD Motorsports, placed 31st in the May Xfinity race that was run a couple months before the Olympic Games in Tokyo. 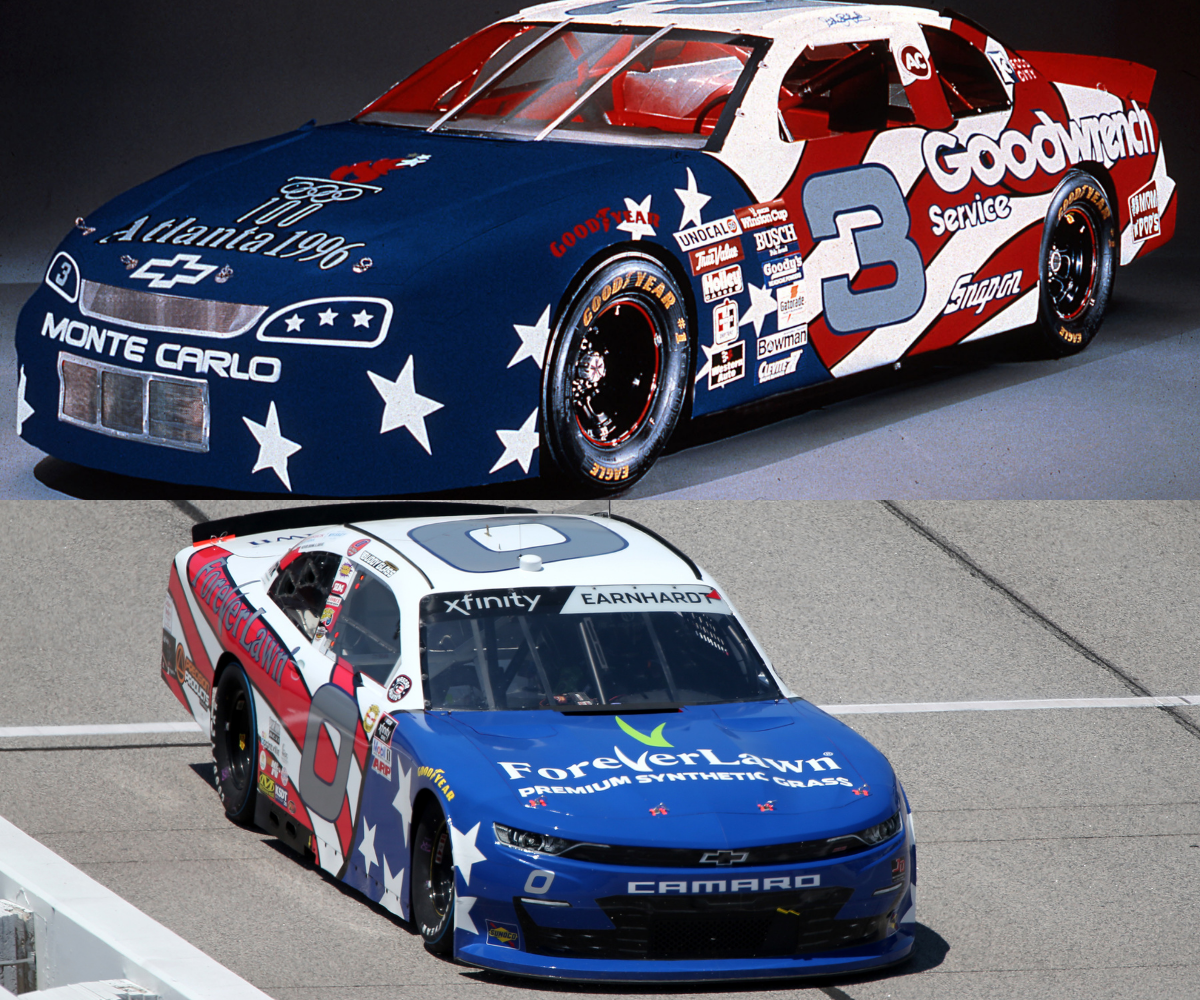 "Man, this ForeverLawn Chevrolet is beautiful," Jeffrey Earnhardt said in a statement from his team. "Any time I get the chance to honor my family's history in the sport, I jump at the opportunity. I remember seeing this car that my grandfather drove as a kid, and I loved it."

"Throwback Weekend is always something I look forward to each year, and I'm so happy that we get to be a part of it once again. I'm very thankful to ForeverLawn for allowing me to run this paint scheme at Darlington. It looked great twenty-five years ago and still looks great today."

Currently competing part-time in the Xfinity Series, the 32-year-old Earnhardt has sported a number of Dale Sr. throwbacks at Darlington races over the years. In 2016, Jeffrey drove a blue-and-yellow Ford with a paint scheme similar to the Nos. 2 and 3 Wrangler Chevrolets driven by Dale in 1981.

In 2018, he sported Dale's paint scheme from '78, while his golden look in 2020 was a nod to the Bass Pro Shops scheme that both his grandpa and his dad Kerry rocked at different points in their careers.