Love at first sight may seem like just a Hollywood trope reserved for romantic comedies, but, for Joey Logano and his wife Brittany, it was the real deal.

For Brittany and Joey, a racer for Team Penske and 2018 NASCAR Cup Series champion, all it took was meeting at his family's ice rink, and the rest was history.

From being the first girl that Joey ever asked out and his first kiss to now his wife and mother of three children, Brittany has been with Joey through thick and thin. It all makes for one heck of a heartwarming NASCAR love story. 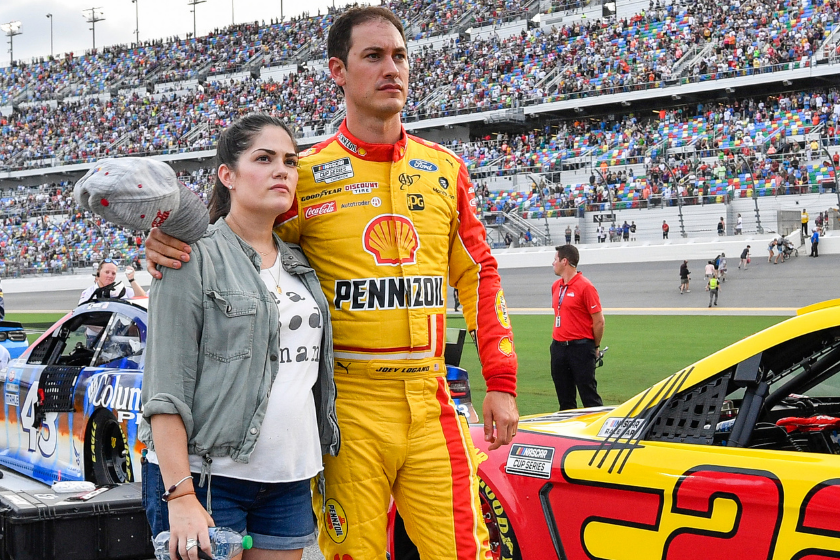 Brittany Baca grew up in Matthews, North Carolina, and attended her first NASCAR race at the age of six. Little did she know that one day she'd end up marrying a NASCAR driver.

While attending David W. Butler High School, Brittany worked at the concession stand for Extreme Ice Center, Logano's family-owned ice rink. Joey was working as the Zamboni driver during this time, while Brittany often skated at the center and later worked at the rink's cafeteria. Eventually, Joey worked up the courage to ask Brittany out. Sharing your first kiss with the person you'd end up marrying? That's like something out of a movie!

After graduating high school in 2010, Brittany attended UNC Charlotte and graduated with a Bachelor's degree in psychology. Before she made it to the end of her college career, Joey asked Brittany to marry him in 2013.

Brittany says that the way Joey popped the question was her "dream proposal." Logano took her favorite car, a mint green Ford Thunderbird, wrapped it in lights, then parked it in the woods for them to eventually stumble upon. Well done, Joey!

The couple got married in Asheville, North Carolina, and Brittany specifically chose December 13, 2014 as the wedding date for two reasons: 1) It was during the NASCAR off-season, and 2) the sequential date made it easier to remember: 12/13/14. We're sure Joey was thankful for that one. 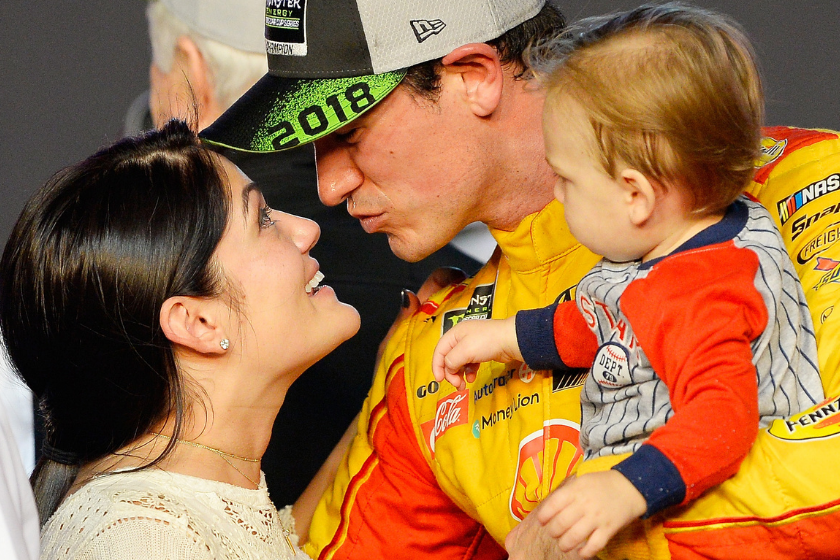 Joey and Brittany's third child, Emilia Love Logano, was born in February 2022. From the gender reveal to pictures from the hospital (where they spent 36 hours), Joey kept fans updated on their baby girl's journey on social media.

As Joey puts it, having three children under the age of five is "chaotic." Despite Joey's constant traveling and busy schedule, the couple somehow makes it work. They seem to have a pretty good system worked out, where Joey has ample time to travel and race on the weekends, but he takes over dad duty when he returns. This gives them both some time to breathe. Well, just a little bit.

On top of everything, Brittany is also the co-founder and vice chairman of the board for the Joey Logano Foundation, which works to provide second chances to young people in crisis. Clearly, Joey and Brittany Logano are the ultimate NASCAR power couple.