The fact of the matter is that whether it's this year or 10 years from now, Kyle Busch will, at some point, be retiring from NASCAR. It's just a fact. Hey, if he wanted to call it quits right now, it wouldn't be the worst idea. At 37 years old, the Las Vegas native has accomplished more than enough in the sport. Save for winning the Daytona 500, he's pretty much done it all: two Cup championships, an Xfinity Series championship, the most all-time wins in the Xfinity Series (102) and Truck Series (62). And all while going down as one of the most controversial drivers in NASCAR's modern era. He's certainly done more than enough to warrant riding off into the sunset and waiting until that NASCAR Hall of Fame induction comes in.

But, as I said, I'm not here to present a timetable of Kyle Busch's retirement. I'm more interested in what he decides to do with that retirement. And, if it were up to me (which it's not, although how hilarious would it be if it were), I see one clear path for Rowdy. It's not as an analyst or a podcast host or as a guy who comes back to NASCAR a couple of times a year or so, to give it another go behind the wheel (though, no shade to Dale Earnhardt Jr., he's great at all three of those things). No, I see one clear path for Rowdy after he decides to hang up his racing helmet and fire suit for good and park his No. 18 Toyota for the last time: the movie business.

Trading the Racetrack for the Red Carpet 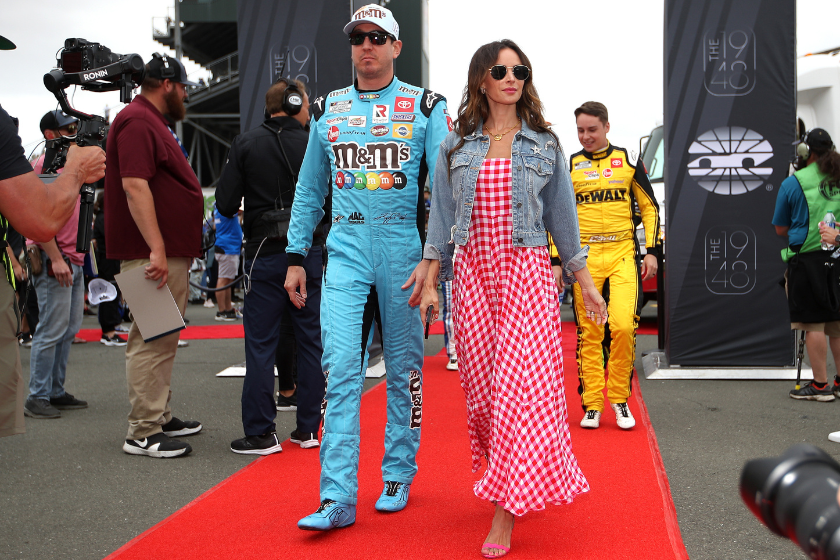 Now, I know what you're thinking: that's a fantastic idea, why didn't I think of that?! Ok, fine, you're probably actually thinking that it makes absolutely no sense given Kyle's experience, and on paper, I would agree with you. For one, Kyle doesn't have too many movie or TV credits to his name. Save for the role of West Virginia State Trooper #2 in Logan Lucky (I've never seen that movie, but I'm sure Kyle crushes in the role), he hasn't done anything else outside of playing himself. But, just hear me out here, all right?

Kyle Busch already does a fantastic job playing NASCAR's villain. We've seen it in his interviews over the years. We've seen it in the way he treats the fans when they boo him. We've seen the way he can be outspoken against other drivers, his own team, or even NASCAR as an organization. Now, imagine if Kyle channeled that same energy and became Hollywood's next bad guy. He'd start small of course, maybe as an easily dispatched henchman in the next John Wick movie. Then, he'd slowly rise in the ranks: slightly more effective henchman, the best henchman with a couple amusing one-liners, a formidable mob boss who definitely doesn't have an Italian accent (Busch doesn't strike me as a great accent guy). If he plays his cards right, Kyle could be on the fast track to being the next supervillain in whatever Avengers sequel would be up next (my guess is 73rd).

So, Kyle, if you're reading this (and I know you are), after you decide to leave NASCAR, take your talents to Hollywood. And, when you do, I'll be there on opening night for that first movie, an extra large bag of M&M's in hand.