Martin Truex Jr. let his frustrations show with a tirade caught on the radio scanners 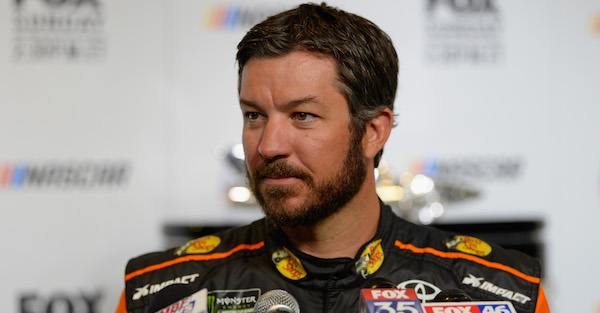 Defending Cup Series champion Martin Truex Jr. finished 18th at Daytona following a late crash, and it was a frustrating race for him on Sunday.

Truex let out some of his frustrations on the radio scanner, and he wasn’t pleased with lap cars that were in his way during the race.

“Getting into a Penske car has turned him into a damn speedway racer,” Amirola said of Blaney.

Almirola had the lead in overtime before Dillon made contact with his car and wrecked him. Almirola’s crew chief, John Klausmeier, had some choice words for Dillon.

“Good job man, you had us in position,” Klausmeier said. “Can’t control an idiot.”

When asked if he was OK, Almirola said he was, but he was “devastated.”

Denny Hamlin and Bubba Wallace had some words for each other after the race. Wallace said “what’s his problem?” in reference to Hamlin, and Hamlin said Wallace blew his tire.

Wallace’s team said Hamlin was an idiot, and Wallace said his crew would have to hold him back so he didn’t go after Hamlin.

Here is the best of the radio scanner from the Daytona 500:

Hopefully this week’s race at Atlanta will result in more fireworks from the drivers.