It probably goes without saying that not just anyone can be a NASCAR announcer. You've got to have tons of experience in the industry to be consider qualified for the job. That's why you'll normally see ex-racers join the booth after their driving career.

When it comes to broadcasting experience, it's pretty hard to beat what Mike Joy has to offer. He may not have ever competed on the track himself, but he's has been involved in the sport of auto racing for over 50 years. Amazingly, he's been part of the live broadcast of 44 Daytona 500 races. How's that for a historic run?!

Let's learn a bit more about where Mike started, and how he got to where he is today. 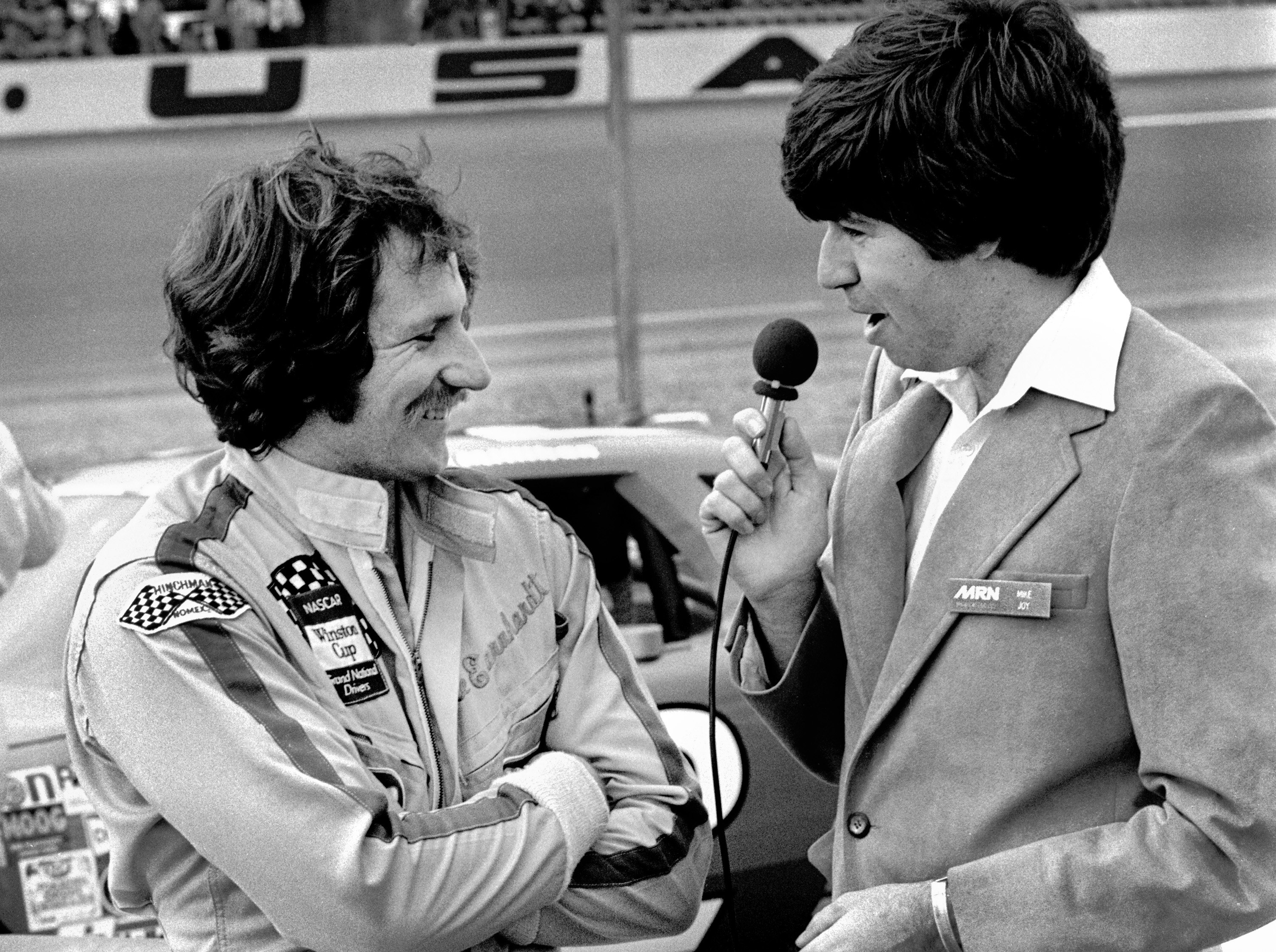 Born in Chicago, Illinois, and raised in Connecticut, Joy started off his career while he was still in college. He began working as a public address announcer at Riverside Park Speedway in 1970.

A few years later, he started working for both Thompson Speedway and Stafford Motor Speedway, where he announced five nights per week. Eventually, he got noticed by Ken Squier at the MRN radio network, and was hired as a freelancer in 1975, then transitioned into a full time role three years later. He quickly rose up the ranks from co-anchor to general manager to executive producer of MRN. By 1981, he was the lead broadcaster for ESPN's first live telecast during the Atlanta Journal 500 at Atlanta Motor Speedway.

While still working for MRN, Joy joined on with CBS as a pit reporter in 1983, working alongside such big names as Ned Jarrett. He certainly didn't slow down one bit, because he also helped launch the Nashville Network's NASCAR coverage as a lap-by-lap announcer. After 15 years as a pit reporter, he was bumped up by CBS Sports to a lap-by-lap announcer alongside Ken Squier. He continued to work with CBS until 2000, when they lost the rights to televise NASCAR racing.

He didn't just announce NASCAR while working for CBS. Joy also worked with Formula One, IRL, NCAA, CART, and even the Winter Olympics, among many other sports industries.

For the 2001 season, Mike Joy came on board with Fox Sports full time to announce NASCAR. He worked alongside Darrell Waltrip and Larry McReynolds on the NASCAR broadcast team. They spent 15 years together in the booth, making them the longest lasting trio of announcers in U.S. network sports history. McReynolds retired at this time, and former motorsports champion/color analyst Jeff Gordon came on to replace him. Waltrip also went on to retire in 2019.

Mike Joy does actually take a four-week break from racing each year, but it's not to lay out in the sun and sip tiny umbrella cocktails. During this time, Joy actually serves as an expert analyst for collector car auctions at Barrett Jackson. Clearly, the man is a total car nut!

Mike used to be the vice president of National Motorsports Press Association, and today, he still continues on as a member of the organization. He's also a charter member of the NASCAR Hall of Fame voting panel, as well as the Indianapolis Motor Speedway Hall of Fame. In 2013, he was named the sole media representative for the nominating process.

He was voted the recipient of the Henry T. McLemore Award in 2011. This meaningful award celebrates his successful career in motorsports journalism, and it's voted by previous winners. His plaque is featured in the International Motorsports Hall of Fame hallway.

Today, Mike Joy resides in Winston-Salem, North Carolina with his wife Gaye. Together, they have a son and a daughter, who are both in college. Mike's had an extremely successful career over the years, and I couldn't think of a better person to have announcing the NASCAR races. Don't worry, Joy seems to have no plans of slowing down anytime soon.