Getting to Know the Racers on “Street Outlaws: Memphis” 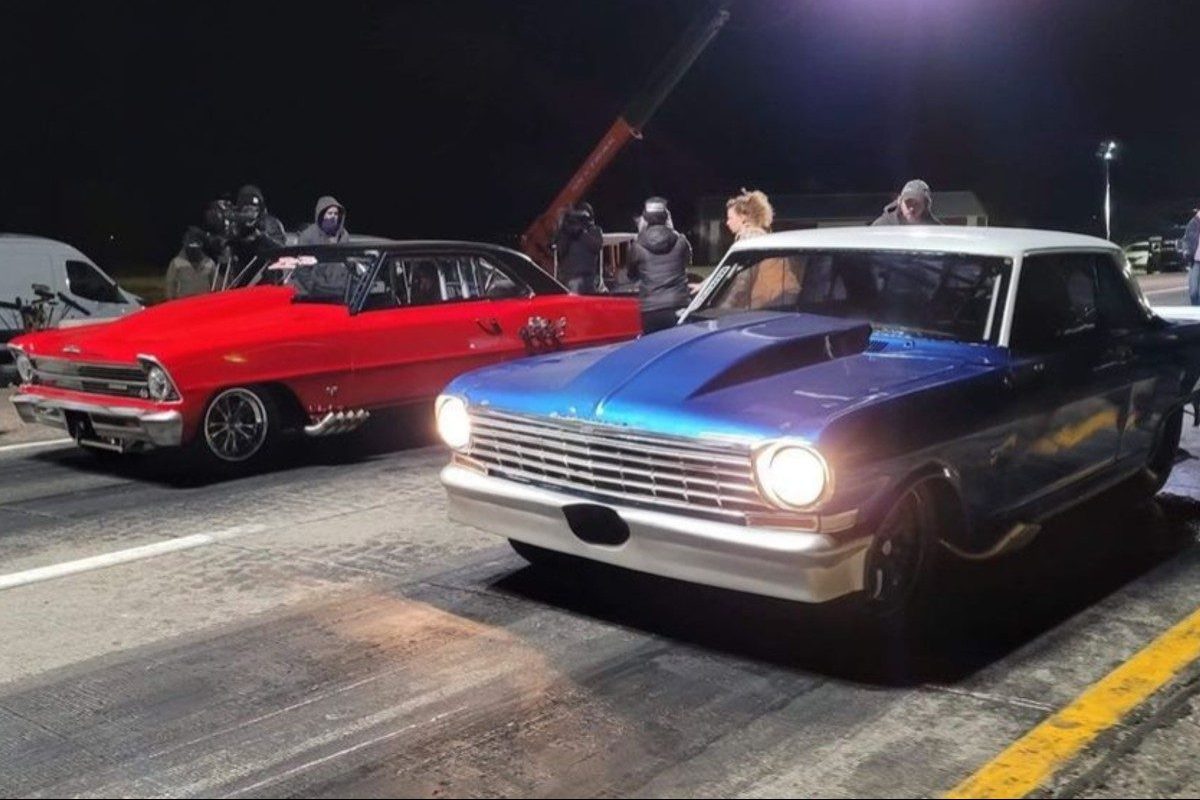 The Discovery Channel TV show Street Outlaws: Memphis has shown some of the fastest street racing in the entire state of Tennessee. It gives a unique look into the hustle of a family of racers, as they fend off any challenging opponent each week.

Not only do the Memphis street racers know how to build and push their car to the limits, but each one has an interesting personal story to tell. If you haven’t kept up with the crew since the debut of the show, keep scrolling to learn a bit more about the team Memphis cast.

Starting with probably the most well-known, JJ was born and raised around Memphis. He’s been racing cars since he was young and hustling hothead racers for quite some time now. A very quick-talking and skilled communicator, JJ leads the group of Memphis drivers.

In most scenarios, if you call out JJ, you’ll lose your shirt, and it’s entertaining for the viewers. In the show, we see him race 1966 Chevrolet Nova, nicknamed Heifer.

Precious is the toughest and most talented female driver on the show, and she’s developed quite a reputation for herself. Also from Memphis, she grew up around street racing, but it wasn’t until a little later in life that she got behind the wheel herself. Since then, she’s become a serious contender in the street racing community. She drives a 1949 Ford Pickup nicknamed “Ole Heavy,” which was custom built by JJ.

Take one look at Tricia, and you’ll see how she got the nickname “midget.” Don’t let her small size fool you, though, because she definitely means business. Seeing as she’s the wife of JJ Da Boss, it’s safe to assume she’s had some helpful training over the years. She’s got enough talent behind the wheel of the 1966 Chevrolet Nova to hang with some of the best racers.

James is one of the older and more experienced drivers in the crew. He got into racing around the same time JJ started getting into it, and the two developed into great friends. He’s also got some driving talent and is well-known for confidently making passes even on rougher roads. His 1996 Chevrolet Corvette is powered by a small block V8 with nitrous, and he’ll put it up against just about anyone. He even nicknamed his car “Big Block Killa.”

Brian Britt doesn’t play around when it comes to racing. He’s serious about his money and does a very good job at taking it from other people who challenge him. He’s convinced that his big-block nitrous 1967 Chevrolet Nova is the fastest street car on the road. Britt learned how to build and tune cars when he was very young, so he’s very confident in his race car.

Another close friend of JJ’s, Justin Carpenter, a.k.a. “Carp,” grew up around the action as well. He’s been racing from a very young age, similar to many of these Memphis drivers. Over the years, he’s helped JJ in the racing scene, as well as in the shop. Dependable but ruthless, Carp’s Chevrolet Camaro nicknamed “Sexy” has potential to take down most opponents.

Can you guess what kind of car Mike drives? That’s right, he’s a Mustang nut. Not only does he race one, but he’s got a handful of them back at his house. He began racing on the Ford circuit when he was 16, but eventually landed in Memphis where he got more involved with the street racing community. After crashing his old one, he purchased a new car and debuted his powerful 1995 Ford Mustang.

Bailey first met JJ on the streets of Memphis. Bailey had a very similar setup to JJ’s car, but it was much lighter, faster, and hooked better. JJ didn’t find that part out until he lost the race, though. Since then, the two began a friendship that continues today. Bailey is also a competitive drag radial racer, so he’s got some skills when driving his 2001 Chevrolet Camaro SS nitrous car.

Kenneth is another highly experienced racer. His father was big into the sport, and he quickly followed in his footsteps. For the last 25 years, Kenneth has been winning races consistently and stacking cash to put toward his cars. His current ride is a big-block 2003 Chevrolet S10 with nitrous, and, boy, does it move down the street FAST.

Doughboy is the son of JJ. He’s got plenty to learn from his father, but it’s clear that he has the same racing passion. Even though he doesn’t have his own car currently, it’s not exactly uncommon to see him jump into the 1973 Chevrolet Nova promod and make some passes. He’s got a desire to win, and I can see him being a serious contender after a little time.

As the owner of a transmission shop, Gingrich certainly knows how to wrench on a vehicle, though his main interest is building the fastest car he possibly can. He’s another guy who doesn’t shy away from making a little money on the streets. He’ll put his pro charged 2000 Firebird nicknamed “Gangster” against any other car on any street, as long as he’s getting paid.

Jamie owns one of the coolest cars in Memphis. Nicknamed “The Killer Cab,” this 1955 big-block Chevrolet is a rocket. Despite the large size of the body, it’s quicker and much rowdier than a majority of the other race cars. Otts is featured on the show quite often, and it’s always entertaining to see this unique creation do what it does best. When the arm drops or the light flashes, this big body will be down the road in a hurry.

There’s a lot of technical and nerdy stuff behind the scenes in racing. Lee Roberts uses his knowledge to his advantage. No matter what condition the road is in, Roberts will adjust his cars tune, allowing him to make his perfect pass. He’s a smart guy, and it’s resulted in a large number of wins behind the wheel of his 1973 Nova promod.

Jason goes back as one of JJ and Jeff James’ oldest friends. He worked on vehicles from a very young age, and at this point, he’s got tons of experience driving fast cars. If his reputation didn’t scare you off, his wicked looking 1969 Camaro definitely will. You’ll never see Ainsworth backing away from a challenge, and that’s a fact.