When W Series debuted in 2018 as the first female-only racing series, it was met with mixed reactions. Should women purposely be separated from their male counterparts? Will this series truly become a steppingstone for women into the higher echelons of racing?

With two seasons under its belt and an already high-octane 2022 season underway, here are five things to know about the W Series.

1. W Series is for women only. 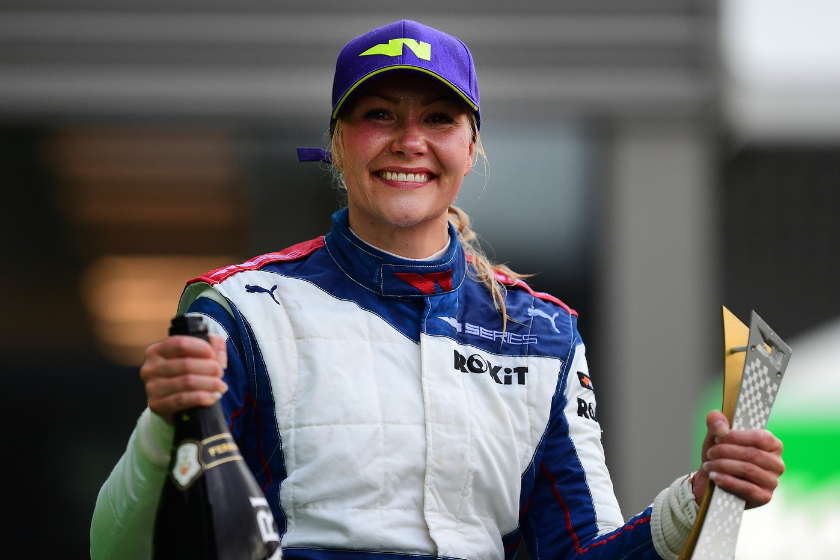 W Series was created in October 2018 to provide equal racing opportunities for women in the sport. It's free to enter and eliminates the financial barriers that have historically prevented women from progressing to the upper echelons of motorsport.

Unlike its male-dominated counterpart, Formula One, which has been referred to as a "billionaires boys club," W Series has eliminated wealthy backers from the sport -- drivers are chosen purely on their ability and the series'?cars are mechanically identical. W Series wants to inspire young girls to go karting, believing it will bring more females into the grassroots of the sport. 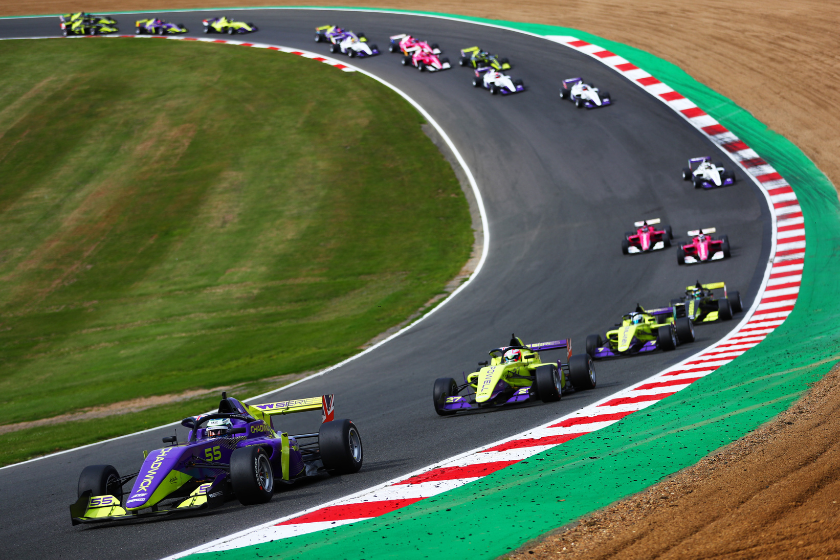 The Tatuus F3 T-318 is a race car homologated to the latest FIA F3 specifications. Its chassis features side panels, front and rear carbon impact structures, wheel tethers, an extractable seat, and the Halo system (the halo is a driver crash-protection system used in open-wheel racing series, made mandatory by the FIA in 2018).

Founded in 1980, Tatuus is an Italian chassis manufacturer most famously known for its association with Renault Sport for its production of the Formula Renault chassis.

3. The W Series has been met with mixed reactions among female racing drivers. 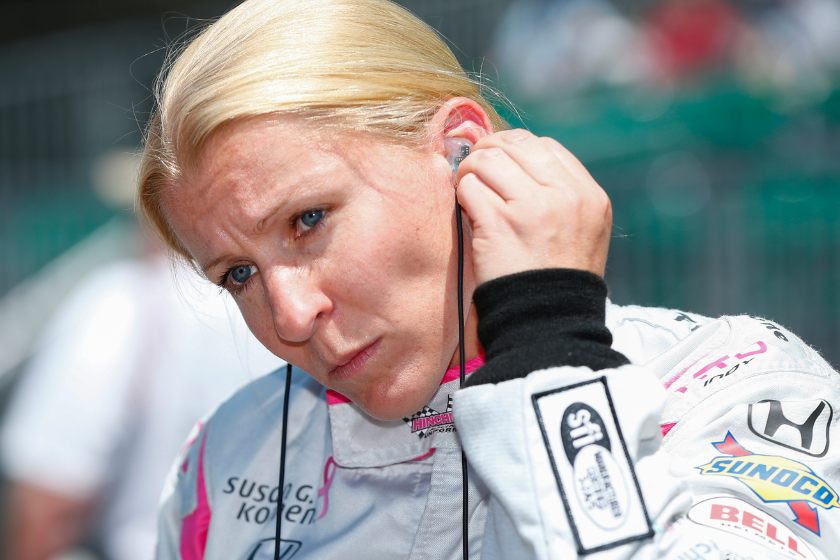 Many have been supportive of the series and its aim to develop participants for progression through mixed-gender motorsport. Current W Series race leader Jamie Chadwick has said that the W Series is giving female drivers another platform to go racing. "I will race against men in other championships," Chadwick said in a 2018 interview. "But W Series is the perfect supplement to help me develop and progress further through the junior motorsport ranks."

However, not all have expressed complimentary opinions of the series. Former IndyCar Series driver Pippa Mann has repeatedly stated she is against the series, going as far as to say the launch of the series was a "historic step backwards" on Twitter. She believes those with funding to help female racers are choosing to segregate them as opposed to supporting them.

F3 European Championship driver Sophia Florsch has expressed similar concerns, comparing it to a business atmosphere, in which it would be counterproductive to separate women in management and on advisory boards. And, seven-time Indy 500 participant Lyn St. James has questions about the series, particularly relating to the finances and how the series is being funded, from the cost of the cars to the participants. Bottom line, she has maintained there's no need for women to be separated in the sport.

4. W Series races alongside Formula One. 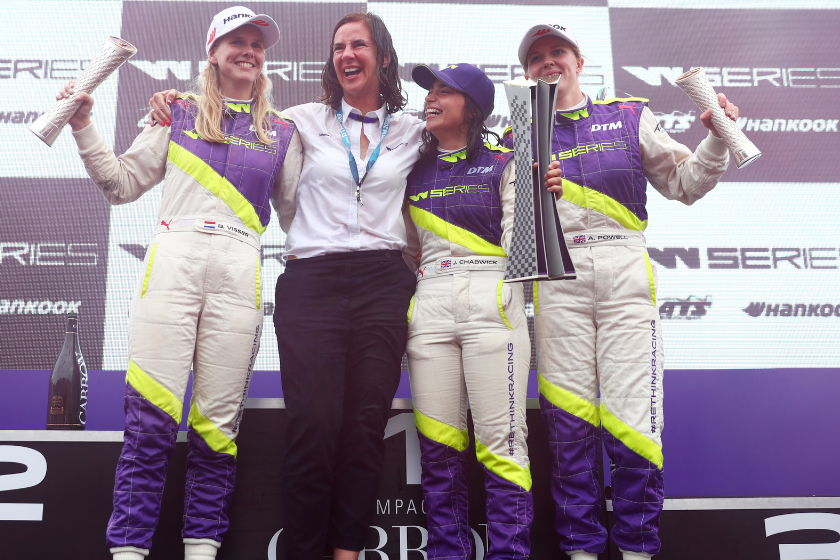 The W Series will stage 10 F1 support races at eight grand prix weekends. It kicked off its season with two races in support of the inaugural Miami GP back in May. The full schedule will put the women in Miami, Barcelona, Silverstone, Le Castellet, Budapest, Suzuka, Austin, and Mexico City. After a canceled season due to the COVID-19 pandemic in 2020 but a successful inaugural season in 2021, W Series announced the first details of its on-track season in partnership with Formula One in 2021.

Catherine Bond Muir, W Series CEO, said during the announcement that the partnership with F1 would expand global reach, impact, and influence. She's also expressed her hope of W Series becoming a "crucial default-option stepping stone for any female racing driver who wants to carve out a professional racing career" using the proximity to F1 to help and enhance that process. Ross Brawn, managing director of motorsport for Formula One, has said the partnership between W Series and F1 showcases the importance of building greater diversity across the sport. 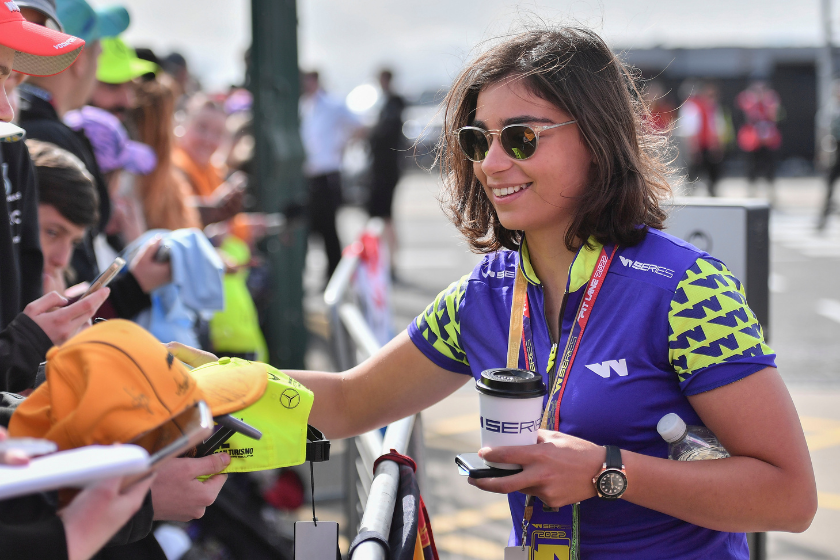 W Series' 18-driver roster is impressive, with 13 returning in 2022 and five new drivers joining the ranks. But, one W Series driver stands out as the clear favorite. Williams Formula 1 development driver Jamie Chadwick already has two W Series titles under her belt for Jenner Racing and even announced her departure from the series at the end of last season. However, she reversed her decision to walk away after failing to secure funding for a step up the ladder despite claiming $1 million in prize money for her pair of titles.

Sky Sports presenter Naomi Schiff, when asked by The Race for her champion prediction, put her money behind Chadwick. She added that the fact "that people aren't willing to give her the seat [in F2 or FIA F3] after having won two W Series seasons blows my mind."

MORE: Janet Guthrie Opens Up About What It's Like to Be a Woman in Racing